Home Bullets and Bytes Op-Ed: Toward a “Greener” NATO

The Atlantic alliance is perhaps not the first port of call when it comes to fighting climate change. But NATO could make a contribution nonetheless. 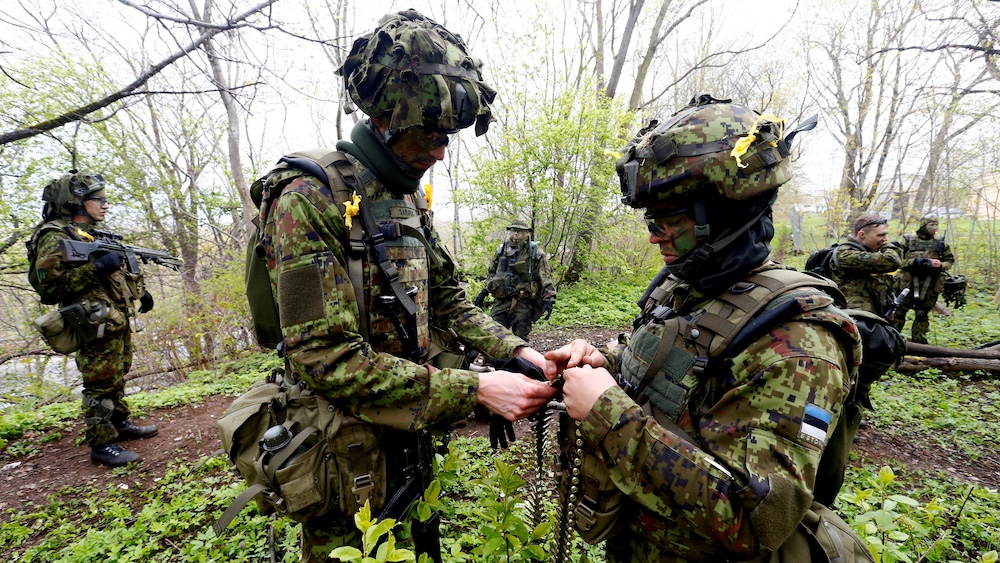 When Greta Thunberg made her speech at the 2019 UN Climate Action Summit last September she concentrated on governments and corporations. Interestingly enough, she did not point her finger at the military. The armed forces are not an environmentally-friendly organization and frankly they are not designed to be one. They focus on the most effective means to dominate and defeat the enemy. But a culture of environmental oblivion cannot be sustained, especially when climate change impacts the military’s operational capabilities. NATO, whilst not the first responder to climate change, can help to collectively address this challenge.

Climate change will be increasingly present on NATO’s agenda for three reasons. First, by acting as a threat multiplier it will inevitably affect NATO’s core business and its deterrence and defense posture. Thus, in the course of its broader adaptation, the alliance will have to embrace issues related to climate change in all strategic directions.

In the south, the war in Syria proved that climate change could cause or fuel conflicts. Between 2005 and 2011 Syria experienced severe consecutive droughts. Hoping to find employment, farmers migrated to cities. Competition over resources and jobs, already scarce following decades of poor governance, was one of the factors that pushed people in Syria to rebel.

In the north, the melting of the polar ice cap is starting to ease the access to vast deposits of oil, gas, and metals. The changing climate will open a transpolar passage across the Arctic Ocean via the North Pole. This will attract interest from a broad range of actors and increase the maritime traffic through the Greenland-Iceland-United Kingdom (GIUK) gap and nearby waters. From Moscow’s point of view, this will facilitate the movements of vessels between the Pacific and the Atlantic, thus putting additional stress on the strategically important GIUK gap. Another interested party will doubtless be China, which will likely lead to a commensurately increased presence of the People’s Liberation Army Navy in the Euro-Atlantic area.

Second, motivated by political and economic factors, individual allies will try to strengthen NATO’s response to climate challenges. Allies are already implementing the “Green Defense” framework that was adopted in 2014. It seeks to make NATO more operationally effective through changes in the use of energy, while also meeting the environmental objectives of using fewer resources. “Greening” NATO’s militaries allows some allies to rally public support and promote their domestic technologies whist providing tangible military benefits. This trend will intensify in the near future.

In the years to come, investments in green energy will form one of the pillars of the EU growth strategy. As Europe prepares itself to face the economic recession that will follow the COVID-19 pandemic, many argue that public investments in sustainable energy sources can act as a lifeline. In this context, a broad coalition of European nations (including Greece, Poland, and Spain)have called on the European Commission to forge an industrial policy for renewables. At the same time, France and Germany tabled the idea of creating “green recovery roadmaps” for every economic sector to overcome the shock. Inevitably, these views will spill over to NATO through European allies.

Third, the COVID-19 pandemic will reinforce existing vicissitudes, with the public demanding a more coordinated response to global challenges such as climate change. Social mobilization around climate change will have winners and losers. On the winning side will be organizations that provide pro-active responses to climate change. Entities that undermine environmental stability will lose out.

NATO will have to address the challenges posed by the climate emergency in a holistic manner and sink in the climate change factor in its policies. NATO’s approach to climate change should follow the logic of its three core tasks: collective defense, crisis management, and cooperative security.

Collective defense is NATO’s bread and butter task. Including insights from climate projection and modelling in NATO’s intelligence products and processes is definitely not enough. In fact, NATO should not be afraid to act strategically by expanding the NATO Pipeline System (NPS) to its eastern flank. The NPS is a network of fuel pipelines and storage sites, with the Central Europe Pipeline System (CEPS) as its chief element. It spans from ports in France and the Benelux countries to Germany, ending on the former border between East and West Germany. Today, the CEPS mostly serves commercial clients (such as airports in Brussels, Amsterdam, and Frankfurt), whilst maintaining the readiness to supply the military in times of crisis. According to official data, the pipeline transports the equivalent of roughly 1,110 diesel-powered military trucks, running round the clock, day in, day out. In other words, the CEPS helps safeguard the environment, while providing the military with a reliable logistic system for their fuel supplies.

Despite those benefits, the NPS has not been expanded to NATO’s eastern flank. Instead, the military has to rely on road and rail transports toppled by pre-positioned storage sites. Academic research proves that pipelines shipments are substantially less energy-consuming than rail, road, and water transport. In turn, pipelines reduce greenhouse gas emissions by between 61 and 77 percent compared with rail for transporting oil over long distances. Expanding the NPS to the eastern flank would help NATO to significantly “green” its fuel supply logistics, while enhancing the fuel supply of its military forces and plugging the alliance in a broader effort to stimulate the post-pandemic economies. In fact, an expanded NPS could be used to supply the soon-to-be-opened Berlin-Brandenburg airport and the future Solidarity Transport Hub in Poland.

Crisis management is another of NATO’s core tasks. Allies and partners are not immune to droughts, floods, mudflows, wildfires, hurricanes, storms, and earthquakes. Climate change exacerbates hazards and amplifies the risk of extreme weather disasters. NATO was not designed to tackle these challenges, but over the last couple of years was able to develop relevant instruments and mechanisms. There are at least two vehicles that could help NATO to better streamline climate change into its crisis management tasks.

First, the Euro-Atlantic Disaster Response Coordination Centre (EADRCC), which is NATO’s principal civil emergency response mechanism. In recent months, the EADRCC became famous for coordinating allied responses to the COVID-19 pandemic. But it has a long-standing record of coordinating both requests and offers of assistance mainly in case of natural and man-made disasters. The EADRCC regularly conducts field exercises based on scenarios encompassing environmental challenges. Allies should consider strengthening the EADRCC’s role, including via potential cooperation with private sector.

Second, there are the seven baseline requirements for civil preparedness which help allies to enhance resilience as agreed at the 2016 NATO Warsaw Summit. Those requirements are being regularly updated in order to reflect recent developments such as 5G networks or lessons learned so far from the COVID-19 crisis. Future updates should consider how climate change impacts civil preparedness and resilience, especially energy supplies, food and water resources, critical infrastructure in disaster-prone areas, and allies’ ability to deal with the uncontrolled movement of people.

Cooperative security will be an important element of NATO’s approach to tackle climate change, too. Sharing lessons learned with partners and introducing concrete solutions to help their armed forces to become more climate change-cognizant could create a more predictable and secure neighborhood. The NATO Science for Peace and Security Program (SPS) should play a leading role in this regard. The SPS should become a prime vehicle for developing and promoting cooperation on the smart and energy efficient technologies between allies and partners, including from the Middle East and North Africa, but also from Eastern Europe. Equipping the militaries with sustainable energy sources, such as deployable camps that typically rely on fuel-consuming and polluting diesel generators for power production, could be a case in point.

Climate change will affect the central business of NATO, including its three core tasks. The alliance can help to address this challenge by creating a culture of environmental consciousness. At the same time, NATO should not become obsessed with climate change and thus measure its policy decisions primarily through the environmental lens. Other simultaneous challenges will continue to exist. Therefore, NATO cannot afford to be a world leader in combating climate change. But it definitely can be at the forefront of environmental stewardship, especially in the context of the upcoming NATO Summit in 2021.

N.B. All opinions expressed are those of the authors and do not necessarily represent the position or views of the institution they represent.