Day One of the Munich Security Conference started with a stark warning to the world: the global international order is teetering on the brink. It’ll take a European effort to pull it back. 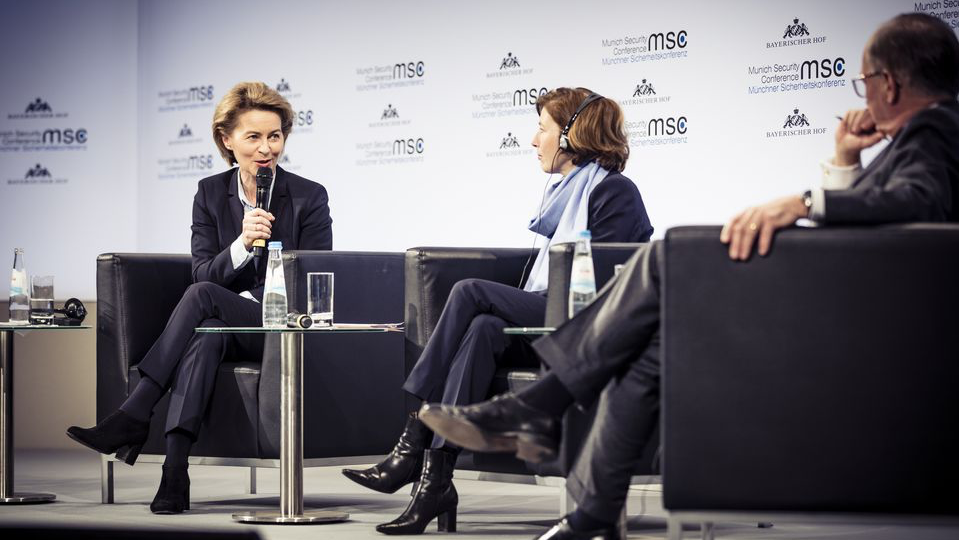 If the previous year’s Munich Security Conference was a sober reckoning after the election of US President Donald Trump, Brexit, and populist challenges across Europe, this year’s conference is nothing short of an alarm bell.

“The warning signs are flashing in bright red,” said MSC Chairman Wolfgang Ischinger in his opening remarks, adding that there have never been as many serious international challenges facing the world—and that the risk of conflict between great powers is very real.

It was his question posed to the audience—nearly two dozen heads of state, more than 70 defense ministers, hundreds of advisors, dignitaries, and strategists—that underpinned a central focus of the gathering: “Are we proud enough as Europeans to make sure Europe will be able to contribute to shaping the future of the international order instead of being shaped by it?” asked Ischinger.

The symbolism of the French and German defense ministers opening the conference was no accident—last year, it was the American and German heads of defense, after all. Germany’s Ursula von der Leyen and France’s Florence Parly both waved the banner for deeper Franco-German, but also pan-European integration on defense, pointing to the recent EU defense pact PESCO as a milestone and blueprint.

“I believe we also need a PESCO in foreign policy – and a common strategic culture. There is no military short-cut to a sustainable order of peace,” said von der Leyen.

But the German defense minister, while thanking US defense secretary Jim Mattis for America’s partnership and the strength of the transatlantic alliance, sent a shot across the bow as well, saying: “We observe with great concern that some of our partners are systematically cutting back funding for diplomacy,” especially the United Nations. Von der Leyen emphasized the fundamental importance of pairing more military capability with development, adding all of Europe “is responsible for this.”

Parly, meanwhile, praised the Franco-German lockstep on defense, values, and vision for the future; she made an urgent appeal for the need to “wake up” and defend Europe at home, adding “Europe is not a luxury, it is a must.”

Despite the show of harmony, there remain small points of divergence between Berlin and Paris on the controversial question of regulating national weapons exports (made apparent after a question from the audience) and readiness to engage in military missions (Germany, as one participant pointed out, still requires parliamentary approval for Bundeswehr missions).

Still, the ability and willingness of Europe—and therefore the Franco-German tandem—to take charge on the global stage looks set to be a touch point at this year’s MSC. It is interesting to mark the notably absent (no Chancellor Angela Merkel and no President Donald Trump, though the latter was highly unlikely from the beginning) and, perhaps more importantly, no weighty focus on the emergence of China as a partner or challenger to Europe’s influence and security. Indeed, the MSC curtain-raiser report pointed out “China has increasingly presented its mix of autocratic leadership and capitalism as an appealing alternative to the Western model and cleverly stepped in where the US made room.”

There was little mention of the myriad political and defensive challenges the EU has failed to surmount in eastern Ukraine, where the conflict with Russian-backed separatists continues. But with Ukrainian President Petro Poroshenko speaking tonight, and Russian Foreign Minister Sergei Lavrov also attending, there could well be movement in bilateral talks over the weekend.

There was audible relief across German circles to the news that German-Turkish journalist Deniz Yücel, who had been held without trial in Turkey for a year, would be released—perhaps a sign that Berlin’s all-out diplomatic campaign in recent days, including Chancellor Merkel’s talks with Turkish Prime Minister Binali Yildirim on Thursday, might have worked. And that German-Turkish relations could just be on the mend.

Stay tuned for a round-up of Day Two on Saturday.