There’s never been a better chance to beef up European defense. This is how it could be done. 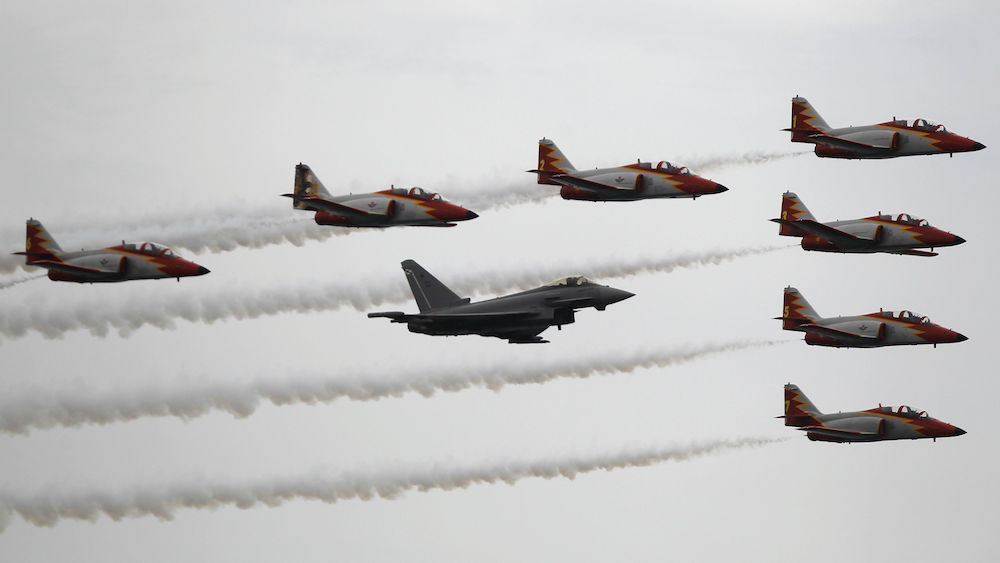 When the European Union published its first security strategy for Europe back in 2003, the common bloc appeared to be a picture of confidence: “Europe has never been so prosperous, so secure nor so free,” the authors noted, rejoicing over the progressive spread of the rule of law and democracy.

There was overwhelming confidence that “successive enlargements are making a reality

of the vision of a united and peaceful continent.” At the same time, member states set themselves the task of promoting “a ring of well governed countries to the East of the European Union and on the borders of the Mediterranean with whom we can enjoy close and cooperative relations.” The heads of state and government of NATO member states noted that the Euro-Atlantic area was at peace and the threat of a conventional attack on NATO territory was very low. They saw Russia as a partner, albeit a difficult one.

Little of that rosy-cheeked optimism remains today. Europe’s security environment has darkened dramatically since 2014: Russia’s annexation of Crimea and the conflict in eastern Ukraine have severely strained ties with the Kremlin. Various crises and conflicts in the Middle East have borne real and present consequences for Europe, in particular the refugee crisis. The looming threat of cyber attacks has also presented a new and unique test. And these challenges have all come at a time where the US appears to be retreating from the global stage and reducing its commitment to European security.

The situation becomes even more dire when cast against the appallingly bad condition of European defense forces. Following the Cold War, a number of national defense budgets were slashed in a haphazard, uncoordinated fashion, and that trend was continued in the wake of the global financial crisis. A number of protracted missions abroad have further diminished Europe’s already weak military capabilities.

In some countries, nearly half of all helicopters or armored infantry vehicles are not even operational. Some weapon systems, such as the tornado aircraft strikers or the CH-53G transport helicopters, have been deployed for much longer than planned, while some key defense projects, such as the A400M turboprop military transport aircraft, have been crippled by delays and technical flaws.

Other countries, meanwhile, are investing heavily in military capabilities and technological innovation, including Anti-access/Area-denial (A2/AD) devices to prevent enemy military movement on land, sea, or air. These systems will make it much more difficult for European forces to move freely in the future.

In the face of these challenges, Europeans have put forth a heavily splintered defense and procurement industry. In 2016, the Europeans deployed six times as many weapons systems as the US Americans; while the US feature one type of battle tank, the Europeans presented no less than 17 models. Acquiring and maintaining this hardware is costly. The highly fragmented nature of European defense hampers the possibility of joint operations.

This all leads to some uncomfortable but necessary questions: what would the Europeans say if the UN Security Council asked them to contribute to a military peacekeeping mission in the Donbass region in eastern Ukraine? What if Libya required a greater European presence to stabilize the country? Would Europe be prepared to expand its contribution to NATO’s mission in Poland and the Baltic States to other countries along Europe’s eastern flank? And in the long-term, when would Europe be ready to lead and execute a peace enforcement plan like the 2011 Operation Unified Protector mission in Libya, without US involvement?

There has been movement in the debate on European defense, particularly since 2014. NATO’s two percent target—the minimum percentage of GDP member states are expected to spend on defense—is certainly not a new requirement. But ever since member states reaffirmed this goal at the 2014 NATO summit in Wales, there appears to be fresh traction behind it. During that summit, where NATO members agreed to reach the two percent target by 2024, an important revelation emerged: Many European member states invested significantly more in defense until the early 2000s, when that spending started to dwindle rapidly.

Critics of the two percent target point out it is neither a good nor sufficient measure of a country’s actual contribution to common defense. After all, some NATO members already spend more than two percent of GDP on defense but hardly contribute to operations. Others spend significantly less but play an important role in the alliance’s missions. The spending target also detracts from significant non-military contributions to basic pillars of security, including humanitarian aid, development cooperation, crisis prevention, and diplomacy. This is why Wolfgang Ischinger, chairman of the Munich Security Conference, has proposed a new three percent target that also includes such expenditures.

Even so, despite justified criticism, the two percent target remains an important measuring stick. Without more defense spending, it will be impossible to improve the capabilities of Europe’s armed forces. It is unlikely that all NATO member states will reach the minimum target by 2024, but the Wales summit and its resolutions provide a strategic starting point to calculate what gaps exist, and what it would cost to fill them.

If all 28 EU member states plus Norway were to spend two percent of their GDP on defense by 2024, they would generate an additional yearly budget of $114 billion—two times the United Kingdom’s defense budget in 2017. Roughly half of the additional expenditures would fall upon Germany, Italy, and Spain, but even if the Europeans achieved the NATO goal, little would change in terms of burden-sharing. America’s zealous defense spending means European NATO states would only be responsible for about 30 percent of total member expenditures. If the US cuts its spending to 2 percent (an admittedly unlikely scenario), it would then be 40 percent.

So just how could the extra funds be distributed wisely? The armed forces of the future must be a European endeavor. Studies show that European citizens are indeed in favor of greater cooperation between EU member states. In the April 2017 EuroBarometer, a public opinion study conducted by the European Commission, 75 percent of those polled favored a common EU defense policy while only 20 percent were against.

And according to a joint survey conducted by the polling institute YouGov for the Munich Security Conference and McKinsey in November of last year, respondents from six major European countries favored closer cooperation between national armies; 41 percent even supported cooperation to such an extent that national forces could be deployed on their own only to a limited extent. Only six percent rejected cooperation. Given that interest and willingness among a majority of citizens, European governments must begin preparing for cooperation in the field with the following steps:

First, invest in equipment to upgrade Europe’s armed forces. It is crucial to close the approximately $120 to $140 billion investment gap in interconnectedness and digitization by modernizing existing systems. Europe’s cyber capabilities should be significantly expanded as well. In the future, Europeans should spend significantly more than NATO’s recommended 20 percent of the defense budget for equipment to navigate these particular challenges.

This point would be easy to communicate, as well: The survey we commissioned also asked citizens to rate the most important priorities for defense spending. Some 46 percent of those polled in Germany and 65 percent in Italy were in favor of investing more in cybersecurity. Next, respondents believed the modernization of existing weapons systems was another major priority, not purchasing new weapons systems or increasing personnel.

Secondly, it is crucial to cooperate on the availability and capability of our armed forces. Boosting the average availability of European armies by one percentage point would yield the same results as investing $10 billion. And if we consider that maintenance accounts for 30 to 70 percent of the total cost of a defense system, joint maintenance should be at the core of any future European cooperation.

Third, member states should move toward joint planning and procurement. Harmonizing requirements are the key to more “pooling and sharing.” By harmonizing user requirements and co-sourcing identical products, member states could slash costs by 30 percent—some $15 billion a year—and even facilitate joint deployment and maintenance.

Fourth, Europe needs to take a top-down approach to industry planning. Consolidating the European defense industry is needed to foster cooperation, and politics must set out a clear framework to do so. In other words, member states have to stop favoring national arms companies at the expense of cooperation and Europe-wide security.

Finally and fifth, European countries should significantly expand their research and development to ensure that Europe remains competitive. EU countries must engage innovative companies in the process, even if they have little to do with defense. It could be useful to create a European version of the US Defense Advanced Research Projects Agency (DARPA), as well. The US agency’s investments have led to the development of various new technologies for both civilian and military use.

With growing budgets at their disposal, policymakers will be able to build defenses adequately equipped to face ever changing threats and adversaries in the coming years. If European countries can overcome regional interests and fragmented organization to build a common, well-connected network of armed forces, they can acquire the military capabilities needed to make Europe a global strategic and capable actor.

It is based on the study “More European, More Connected, and More Capable. Building the European Armed Forces of the Future,” a joint project by the Munich Security Conference and the Hertie School of Governance with quantitative analysis provided by McKinsey & Company. The original version is available here: https://www.securityconference.de/de/debatte/european-defence-report/.