Home Bullets and Bytes “Russia Will Continue to Pursue Its Interests”

On the sidelines of the Munich Security Conference, we spoke to Markus Ederer, the European Union’s ambassador to Russia, on the challenges facing EU-Russian relations. 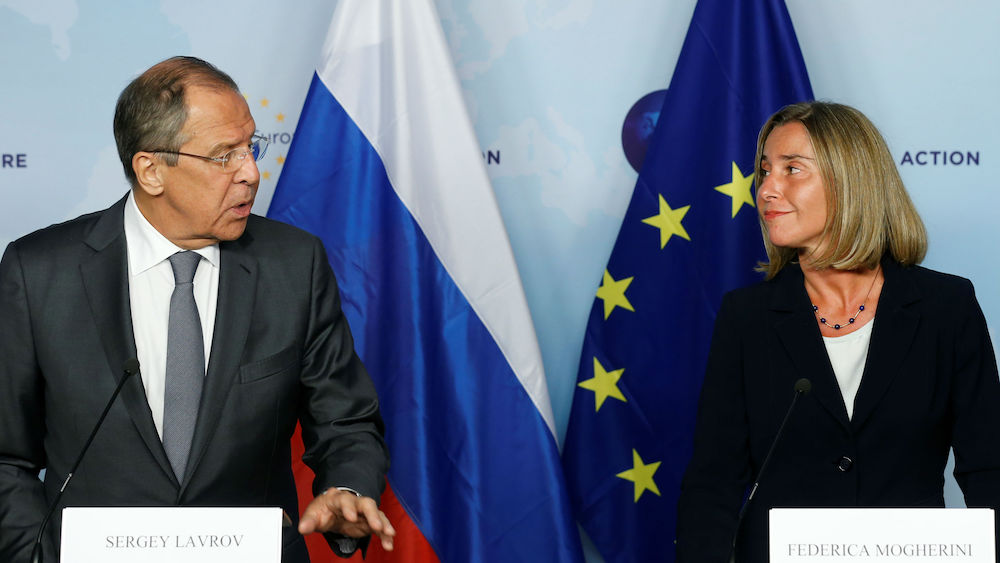 Ambassador Ederer, Sergey Lavrov’s speech to the Munich Security Conference yesterday was once again a decidedly negative and combative view on Russia’s relations with the West. As the EU’s ambassador to Russia, how do you see things going forward? After the illegal annexation of Crimea and the intervention in Donbas (in eastern Ukraine), relations with the European Union have hit the lowest point since the Cold War. Still, I have seen some stabilization of our relationship in the last year—EU foreign policy chief Federica Mogherini traveled to Moscow last April and has met with Foreign Minister Lavrov many times, for example. There is a basic understanding we have to work on international issues. We have good cooperation on a number of practical issues. In the past two weeks alone, we had six visits between Brussels and Moscow. But we are indeed facing a very tumultuous world, a view expressed not only by Lavrov but by many people at this conference. And this will weigh on our relationship with Russia and on many other relationships. We have to do everything to counteract these negative tendencies.

Are these concerns over this low point in relations with Moscow one of the reasons that the EU is in the near future looking to expand into the West Balkan—to counter Russian influence there? No. I think the enlargement in the Balkans is logical in itself; it has nothing to do with Russia. These countries in the West Balkans are our neighbors, they are a potential market, and they carry a potential security risk. If we don’t export stability to this region, we will import instability from there. And with Russia, we should be open and transparent about our plans and also cooperate with Russia in the Balkans, in fighting terrorism for example.

But are you concerned about Russian competition in Serbia for example? I think Serbian President Aleksander Vučić has always been clear: His destination is the EU. And the Russians have also said they will not block countries’ accession into the EU, including countries in the Balkans. When it comes to NATO membership, though, there is a different approach.

Looking ahead to the Russian elections in March, Vladimir Putin is sure to win by a large majority—what can Europe expect for the future? Is there a plan or framework that can be discerned? In terms of foreign policy, we have to analyze the signs we are seeing. Russia has been moving into areas where other players have pulled out, for example in the Middle East. We should be prepared for Russia to continue to pursue its interests as we in turn need to pursue ours. The German foreign minister Sigmar Gabriel was clear in his speech here about the need for a stronger Europe. It’s really up to us to follow through.