Europe’s leaders have missed their chance to reform the European Union after the Brexit vote—and no one is more to blame than Angela Merkel. It’s no surprise that in Germany, the election campaign for the European Parliament has been particularly uninspiring. 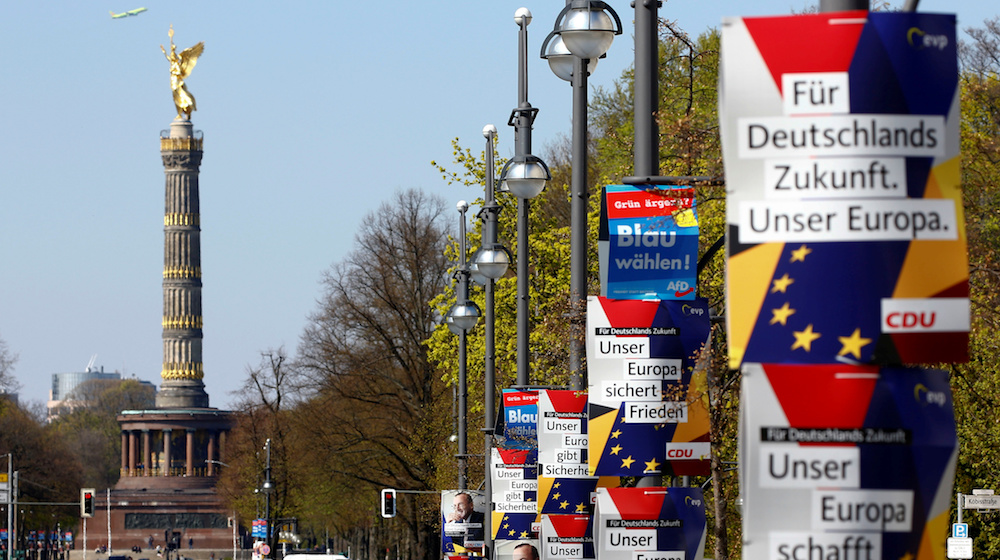 Back in the summer of 2016, the winds of change were sweeping across Europe. In their shock over the Brexit referendum, European Union leaders promised deep reform: the EU would make such a leap in efficiency, democracy, and cohesion that no other country would ever be tempted to leave. “We got the message!” they told the public.

Almost three years on and, at least in Germany, voters are facing one of the dullest European Parliament election campaigns ever. No big plan for the EU’s future has emerged that politicians or citizens could passionately debate; no controversies over major policy decisions; not even a heated battle over who will lead the EU in the future. Only the Greens and the right-wing populist Alternative für Deutschland (AfD) are even talking about policies on their campaign posters.

Just take a look at the parties currently governing in Angela Merkel’s grand coalition, the center-right Christian Democratic Union (CDU) and the center-left Social Democrats (SPD). “Peace can’t be taken for granted” is one of the uninspiring CDU election slogans; “Prosperity can’t be taken for granted” another. Merkel herself, having stepped down as party leader in December 2018, initially refused to even take part in the campaign. In the end, she grudgingly agreed to two appearances (although one of them is in Croatia rather than Germany).

Not that you would guess it, but Germany’s conservatives actually have a big stake in this election. Their top candidate Manfred Weber stands a reasonable chance to become the next president of the European Commission. That would make him the first German to lead the Commission since Walter Hallstein was appointed in 1958.

Weber was nominated as Spitzenkandidat by the European People’s Party, which will likely remain the largest group in the new European Parliament. While this does not oblige the heads of government to nominate Weber, a good election result would translate into considerable political pressure to do so.

Weber works hard on the campaign trail, crisscrossing Germany and the EU for numerous appearances and speeches. Having spent 15 years as an MEP, he is also extremely well versed in the ins and outs of Brussels. Weber is smart, decent, and personable. But one thing he is not: a person who can inspire people to believe in Europe. His party seems to be aware of his lack of charisma: even in his homeland Germany, the Spitzenkandidat rates only small-format campaign posters. “For Germany’s Future. Our Europe,” the slogan says.

The second Spitzenkandidat who has a realistic chance of becoming European Commission president, is Frans Timmermans, current vice-president of the Commission and former Dutch foreign minister, who is standing for the center-left Party of European Socialists, the European Parliament’s second-largest group. Timmermans is far more passionate and eloquent than Weber, but Germany’s Social Democrats haven’t even put him on a poster. While they back his nomination in Brussels, in Germany they only show German candidates.

It’s not just the faces on the posters that seem curiously lacking a European flavor. There seems to be very little debate over the big European issues as well. Little mention is made of Brexit, the reform ideas of France’s President Emmanuel Macron, the rift between eastern and western Europe, the risk of another eurocrisis, or the uncertainty surrounding transatlantic relations. Indeed, after the first shock, the Brexit saga seems to have actually contributed to the stagnation.

So little has come of the pledges made in the wake of the Brexit vote in 2016. The EU summit in the Romanian city of Sibiu on May 9, originally scheduled to take place after Brexit, was supposed to provide the opportunity to EU leaders to open a new chapter in European integration. In reality, however, EU reform is dead for now, while the United Kingdom has still not managed to leave the union.

The miserable spectacle of Britain’s political elite mismanaging Brexit in fact let the EU of the hook: in most countries, approval rates for “Europe” have risen through no particular merit of the EU leaders, but because nobody wants to be caught in the same situation as the British. Even right-wing populists who used to be rabidly anti-European have stopped calling for an exit the EU. Instead, they now plan to join forces in Brussels to weaken the EU from the inside—a project that, given their continued rise in popularity, could prove just as dangerous to Europe’s future as a crumbling membership.

European leaders clearly share responsibility for not seizing the chance for reform that arose after 2016. But nobody is more to blame than Angela Merkel who let every opportunity to embrace change slip by. It seems fitting, then, that the most interesting issue that has emerged from the European election campaign is one that at first sight has nothing to do with EU politics: when will Merkel finally leave office?