Home Eye on Europe Pariscope: Imagine Macron Declares War and No One Shows Up

Emmanuel Macron wants to turn the coronavirus crisis into a European challenge, but falls flat on his own and Berlin’s nationalist reflexes. 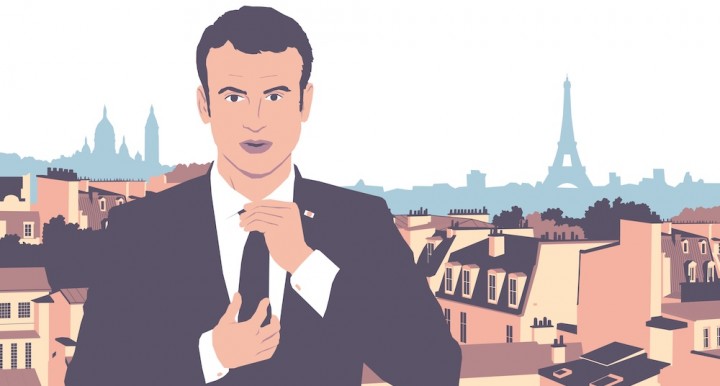 “We are at war,” Emmanuel Macron declared on March 16, announcing a nation-wide curfew. As in war, France’s president wants to mobilize the whole nation to achieve one goal: defeating the virus.

Macron even invoked the spirit of the Union Sacrée—the truce of all French political parties after Germany declared war on France in 1914—and suspended the adoption of the pension reform that recently caused the greatest social fracture in decades.

In times of crisis, the French are looking for a strong leader. More than 35 million tuned into Macron’s speech, over half the population of France. The 2018 world cup final of Les Bleusagainst Croatia attracted 26 million viewers. And when Chancellor Angela Merkel addressed the German nation on March 18, 25 million watched.

And the dramatic speech worked for Macron. Polls show that 76 percent found him convincing. Parisians are staying at home in their often tiny apartments. My flat lies in Europe’s second most densely populated neighborhood (52,218 persons per square kilometer). For the first time since moving here I can hear the birds chirping.

Macron’s war analogy is shocking at first glance. But it is the right frame of thinking, especially for the economy.

Traditional war economies share three characteristics: First, government spending explodes as the state funds its war effort. Second, the goal of monetary policy becomes the financing of the state. Third, economic policy shifts to the left as governments must project hope of a better future to keep morale high.

In his speech, Macron ticked all three boxes: money should be no object in Europe’s fight against coronavirus. After the European Central Bank presented its first batch of meagre crisis measures on March 12, the Élysée immediately criticized the ostensibly independent central bank saying monetary policy had to go way further.

To the French Macron promises a strengthened welfare state, a more sovereign Europe, and a rethink of globalization at the end of the crisis. “The day after, when we will have prevailed, won’t be like the day before. We will be stronger morally, we will have learned, and I will draw the lessons, all the lessons,” the president said with determination.

Finally, wars have often served as the catalyst for either nation-building or political disintegration. To stave off collapse, in times of extraordinary stress, heterogenous communities need to learn to trust each other, cooperate outside familiar structures and design new institutions—or fail.

In this context, the president of the Grande Nation made Europe a key theme in his first televised coronavirus address, stressing that this is a common struggle to be faced as “Europeans”—“the virus has no passport,” Macron said. Badly affected regions should be isolated, and it should be Europe’s borders rather than national borders that should be closed. “It is at this level that we have built our freedoms and liberties,” the French president emphasized.

And to get Europe’s war economy going, Macron’s eurozone vision now stands a chance of being realized. In a crisis, the tables turn in favor of integrationists. Saying “no” to any form of fiscal integration doesn’t work anymore for the “frugal” countries if they don’t want to put the currency union in peril. As in the 2010-2014 eurozone banking and sovereign debt crisis, when Berlin had to accept the setup of the EU’s bailout funds. Alongside Rome, Paris now proposes issuing “corona bonds” to coordinate the funding of Europe’s fight against the virus.

Still, so far the coronavirus crisis is yet another example of Macron trying to take European leadership and making bold proposals that lead nowhere because Berlin resists them. Furthermore, Macron is getting caught up in nationalist reflexes.

In her address to the nation last week, Merkel didn’t mention Europe once. When asked during a press conference about fiscal solidarity in the EU, the chancellor was evasive, saying cryptically, “We have to take care that we are now not institutionalizing something that has always been demanded by some.”

And while Macron celebrated the German federal states of Baden-Württemberg and Saarland taking on corona patients from French Alsace, the epicenter of the French Coronavirus crisis, Merkel’s not so subtle social distancing from her neighbors perplexed many in Paris once again. In fact, there is frustration at the level of disinterest in Europe-building.

That Europe is currently practicing a danse macabre is not all Berlin’s fault. It was Paris that fired the first shot at undermining the EU’s core, the single market. On March 3, Macron announced the requisition of all medical protection equipment in France. This prompted Berlin to ban all exports of medical equipment the next day.

Germany’s health minister, Jens Spahn, said on March 6 that the export ban could be lifted if an EU-wide ban was agreed. His French counterpart defended the requisition the following day, arguing it prevented masks being given to the highest bidder and that Brussels should coordinate the distribution of stocks. However, it took another ten days before Paris and Berlin agreed to drop their export restrictions to fellow EU member states on March 16.

It’s not only future historians who will quibble over who is responsible for this blunder. Austrian Chancellor Sebastian Kurz said pointedly, “We see in Europe that solidarity doesn’t function when push comes to shove. There will be a lot to discuss when this over.”

In today’s Italy, Lega leader Matteo Salvini is successfully pushing his narrative of Europe’s abandonment of Italy. The mask export ban will leave a deep scar in Italy’s collective memory. Italian social media is rife with posts arguing that a statement by the European Central Bank president, Christine Lagarde, to a Handelsblatt journalist that the ECB should not put a tab on Italian government bonds yields is part of a deliberate plan to bring Italy to its knees to benefit Merkel. Italian mainstream papers decry Lagarde’s “anti-Italian attitude” and eagerness to please Berlin.

The health crisis has already morphed into an economic crisis. To prevent it from becoming a European political crisis, Merkel and Macron must suppress their nationalist instincts and express their joint commitment to the currency union, the single market and those EU members like Italy with less fiscal leeway to fight the virus. Italians needs to hear this, so that Europe stands a chance of regaining their trust.