Hungarian premier Viktor Orbán has secured a major win for a third term at the ballot boxes in a competition that observers say was unfair. The victory will embolden not only Orbán, but other European populists, too. 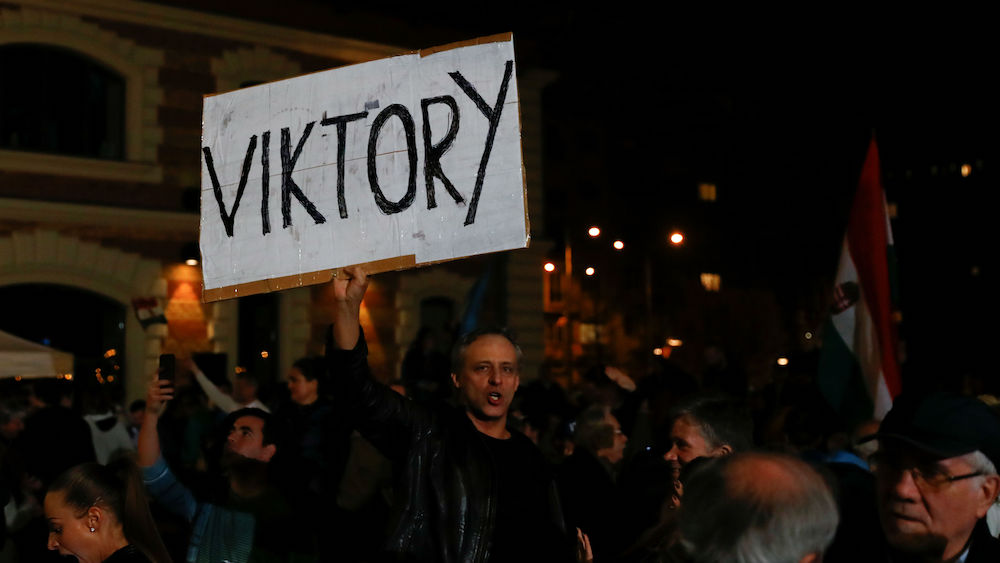 Something is broken in Hungary’s still young democracy, born nearly 30 years ago from the ashes of the Soviet empire. Some observers and opposition politicians shy away from calling the country undemocratic, or even autocratic—and indeed, voters in Hungary cast their ballots Sunday to give a sweeping two-thirds majority to the ruling Fidesz party for the third time in a row. In fact, Fidesz was the only party to gain seats in the vote.

That in itself is not a problem. The issue is whether that result was achieved democratically. In a preliminary report following the election, international observers from the Organization for Security and Co-operation in Europe (OSCE) noted that the state and Fidesz were inseparable during the election campaign. “The ubiquitous overlap between government information and ruling coalition campaigns, and other abuses of administrative resources, blurred the line between state and party,” their report said. They also described the propaganda machine run by Prime Minister Viktor Orbán’s Fidesz as a powerful force that had created hostile and intimidating campaign rhetoric, limited space for substantive debate, and diminished voters’ ability to make an informed choice.

It is difficult to see how any of this would change for the better by the next election in 2022, after yet another four years of Fidesz ruling with a two-thirds majority. And as the co-director of the Budapest-based think tank Policy Solutions, András Bíró-Nagy, adds, the opposition could have achieved better results if they had actually worked together.

The opposition consists of the radical right-wing nationalist Jobbik, several liberal parties, the Socialists, and the green LMP; they all failed to learn the lessons of the past. In the 2014 election, the results were largely shaped by a new electoral law introduced by Fidesz three years earlier. The legislation paved the way for gerrymandering, compensation awarded to large parties, and voting rights for thousands of Hungarians in neighboring countries, to name a few measures; the law helped thrust Fidesz to victory and ensure that opposition parties spent more time bickering than challenging the governing party.

“Opposition parties could have stopped Fidesz from gaining two-thirds of the votes if they had coordinated on a minimum level. Yet instead of coordination, they pushed the responsibility of choosing a single opposition candidate in local districts to voters,” Bíró-Nagy said, adding that opposition parties will now have to start rebuilding from scratch.

It was more than gerrymandering, however. Orbán also came up with a convincing storyline that was powerful enough to win over Hungarian voters. After the opposition scored a surprise win in a mayoral by-election in February, Fidesz turned up the notch on the anti-migrant, anti-Islam rhetoric, making it the basis of their campaign. Orbán’s bet paid off.

“The election result showed that migration overrides everything. There are 2.5 million people who believe the fear of migrants is more important than corruption scandals or their everyday problems,” Bíró-Nagy said.

The 54-year old Orbán is often credited with intuitively sensing political trends and possibilities, and his party-state machine has been feeding a story of fear to the citizens. A significant number of Hungarians seemed to be content with believing the Fidesz claim that US billionaire philanthropist George Soros wants to bring a million migrants into Hungary to destroy Christian and European identity—with the help of the EU, UN, and Hungarian opposition. Fidesz did especially well in villages; it was able to mobilize an extra quarter of a million voters over 2014.

A large turnout helped secure 48 percent of the vote for Fidesz, and it has emboldened Orbán as well (the party received 52.7 percent of the list votes in 2010 and 44.8 percent in 2014). A Fidesz party spokesman said on Monday that the government will submit the so-called Stop Soros legislation package next month—it aims to paralyze NGOs dealing with migration. The proposed legislation is seen by some as another tool to stifle criticism.

As mainstream European parties watch populist parties win over, Orbán represents a dangerous and appealing alternative. With his large mandate, the Hungarian prime minister will go to Brussels further cemented in his policies and political legitimacy.

Populists across Europe see Orbán as an unapologetic, skilled political master able to defy Brussels and liberal critics. His use of national and identity politics and conspiracy theories are a blueprint for populist far-right politicians who often use the same tools. Orbán’s third election win could inspire others to copy his template for illiberal democracy, in which the characteristics of democracy—the system of checks and balance, press freedom, and the rule of law—are scaled back significantly.

In Brussels, however, it was business as usual. European Commission President Jean-Claude Juncker sent a letter of congratulations to Orbán; after all, the two represent the same political family—the center-right European People’s Party (EPP), which has so far been willing to provide political cover for Fidesz in the face of criticism and widespread concern. Juncker said he will call Orbán to discuss “issues of common interests” and “joint challenges,” as one commission spokesman put it. Germany’s Manfred Weber, head of EPP group in the European Parliament, also congratulated the Hungarian premier on his sweeping victory.

While the Commission has launched several probes into Hungarian legislation that ran afoul of EU rules, their objections have only resulted in cosmetic changes. At the end of the day, the EU Commission also has an interest in de-escalating the conflict with the euroskeptic Orbán. In fact, the EU executive now says there is no systematic threat to the rule of law in Hungary.

The EU’s inability to address democracy issues in Hungary only proves Orbán right, who argues that the Brussels “liberal elite” is out of touch with citizens and intervenes in internal politics only to help his political adversaries. And Orbán’s European political allies, who want to see less interference from Brussels, also caution the EU. Germany’s interior minister Horst Seehofer from Angela Merkel’s Bavarian allies, the Christian Social Union (CSU) on Monday said that the EU must drop its “arrogance and condescension” toward Hungary.

A frequent Orbán critic, Luxembourg’s foreign minister Jean Asselborn however sounded the alarm in German daily, Die Welt. “Today it is Hungary and Poland, tomorrow others in Eastern and Central Europe, even a big founding country of the EU, could develop a taste for undermining values and scaremongering.” It is up to Germany and France and other member states to “neutralize this tumor of values,” he said.

But that is unlikely to happen before Orbán’s illiberalism and populism leaves its mark on other EU countries as well.