Lower air pollution and carbon emissions are rare silver linings of the coronavirus pandemic. Just don’t confuse it for actual good news for the climate. 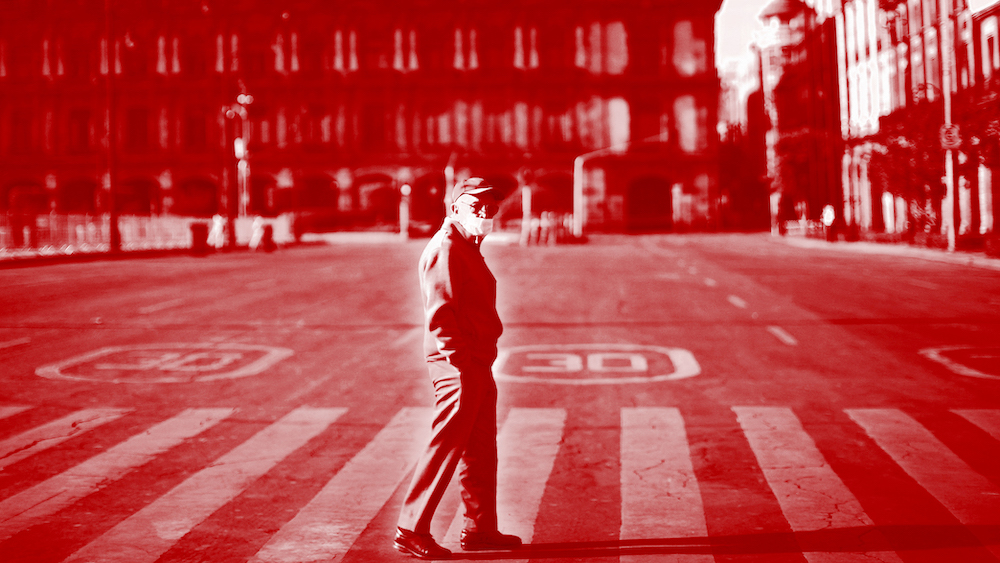 With much of the world being told to shelter in their homes, air pollution has fallen so dramatically that satellites can pick it up from space. Cleaning up the air in China has likely saved tens of thousands of lives. The people of New Delhi—some of whom wore masks before the pandemic to keep out the smog—haven’t seen such a clear blue sky in decades. The lockdown has cut energy use and thus carbon emissions, too: Germany produced more than half of its electricity from renewables for a three-month period for the first time ever.

This is good news at a bad time. Unfortunately, though, bringing the world to a halt is not a great model for averting climate change. Human activity is responsible for greenhouse gas emissions and air pollution; if you indiscriminately restrict human activity, you reduce both. Put another way, if everyone who owned a red car were thrown in prison, carbon emissions would fall, and there would be fewer deaths from car accidents. It would still be, it is fair to say, a very stupid idea.

The main takeaway from this (temporary) reprieve for the climate is that individual action and self-restraint is a sideshow to the main event of decarbonization.

Not Even If We All Stay Home

It’s hard to say by how much the coronavirus will reduce global CO2 emissions in 2020—these days, economic forecasts from just a few weeks ago already look ridiculous. But the best early estimates are of a huge drop.

Forecasters had expected global carbon dioxide emissions to rise by about one percent this year in the absence of a pandemic. Zeke Hausfather and Seaver Wang of the Breakthrough Institute estimated in late March that emissions might fall by one or two percent “assuming the global economy recovers in the third and fourth quarter.” Rob Jackson of the Global Carbon Project told Reuters he wouldn’t be shocked to see emissions fall by five percent. Simon Evans of Carbon Brief thinks emissions might fall by 5.5 percent this year. In the most pessimistic economic forecasts, GDP collapses to such an extent that emissions could fall by as much as ten percent.

Let’s say emissions decline by six percent. That would be unprecedented in modern times. The last time emissions fell year-on-year was during the global financial crisis, when they declined by 1.2 percent from 2008 to 2009. Energy crises and recessions have reduced emissions several times in the past fifty years, notably 1980–81 and 1991–92, but never by six percent. You have to go back to the first half of the 20th century to see changes this dramatic: 1918–19, for instance, emissions fell by about 13 percent as the Spanish flu pandemic struck a world still reeling from World War I, according to Glen Peters of the research center CICERO.

A decline of six percent would also be insufficient to limit global warming to 1.5 degrees Celsius, even if this were the sort of sustainable change that people could repeat again and again, locking themselves down each spring. In order to reach that probably unattainable Paris Agreement target, the UN says, global emissions need to fall by over 7 percent each year for the next decade.

The arithmetic is dispiriting. The fact that an extraordinary, near-global temporary lockdown probably won’t do enough this year to flatten the emissions curve, if you will, should put into perspective the individual choices people make about taking a taxi instead of the subway. During the first full month of the lockdown, despite being trapped in their homes, the Chinese emitted three-quarters as much CO2 as usual. As long as most laptops and heaters still run on fossil fuels, emissions will be too high.

However long the lockdowns last, the atmospheric concentration of carbon dioxide will continue to rise. Climate scientists liken the atmosphere to a bathtub with a tiny leak: even turning the tap from full blast to a steady flow won’t stop the water level from rising. And this pandemic is absorbing money that countries might have used to fund decarbonization.

Beware of the Rebound

What’s more, after each previous downturn, emissions came back with a vengeance. 2010 saw the highest total annual growth in emissions ever recorded as governments injected money into their wounded economies, wiping out the climate gains (or rather emission reductions) of the previous year.

China in particular has financed huge expansions of carbon-intensive projects in response to economic crises. While these sometimes make it easier to cut emissions later on—China’s 2011–15 Five Year Plan expanded high-speed rail, for example—policymakers are primarily concerned to get the existing economy going after a recession rather than avert relatively distant threats. The 2011 Chinese stimulus also included massive spending on airports and coal-fired power plants.

There are signs that this pattern will repeat itself this time around. The Chinese government granted more permits for coal-fired power plants in February and March 2020 than in the same period last year and is reportedly considering relaxing emissions standards for automobiles. Already opposed to carbon regulations, the Trump administration recently relaxed US auto standards as well.

In Europe, neither side of the climate debate is wasting a good crisis. After all, this is an excellent chance to call once again for long-desired policies. The president of the German car lobby VDA, Hildegard Müller, wants Germany to relax its emissions standards, too. “This not the time to think about further tightening of the CO2 regulation,” she said. The industry lobby Business Europe has called on the EU to postpone “non-essential” climate initiatives, and Czech Prime Minister Andrej Babis believes “Europe should forget about the Green Deal now and focus on the coronavirus instead.” On the other hand, environment ministers from thirteen member states have written an open letter urging the EU to adopt a green recovery plan. For now, all of it has to take a back seat to the the urgent public health crisis and the bitter debate about debt mutualization.

A lockdown is very different from a typical recession, so some environmentally friendly behavioral changes will endure after the pandemic. More companies will allow and enable their employees to work from home. Some people will find that they are quite happy going to fewer conferences abroad. When the cars are back on the roads, the people tweeting incredulously about the clear skies above Los Angeles will have a new understanding of how dirty the status quo really is.

Perhaps, when it’s over, modern societies will have a new appreciation for their capacity to take collective action for the greater good and especially for the sake of certain vulnerable generations—or will at least support politicians who want to do the climate equivalent of expanding national stockpiles of protective medical gear.

But there’s also a risk that disaster fatigue sets in, that more people prefer to focus on fun, friends, and family for a while. Who could be blamed for skipping the next in-person Fridays for Future protest to fly off for a holiday?

Only one thing is guaranteed: on the day that a vaccine for the coronavirus is widely available, the only way to avoid climate catastrophe will be to make a collective effort to decarbonize the energy system. Just like it was before.