The EU’s future depends on how it handles the COVID-19 crisis. A lot is riding on Germany’s EU presidency later this year. 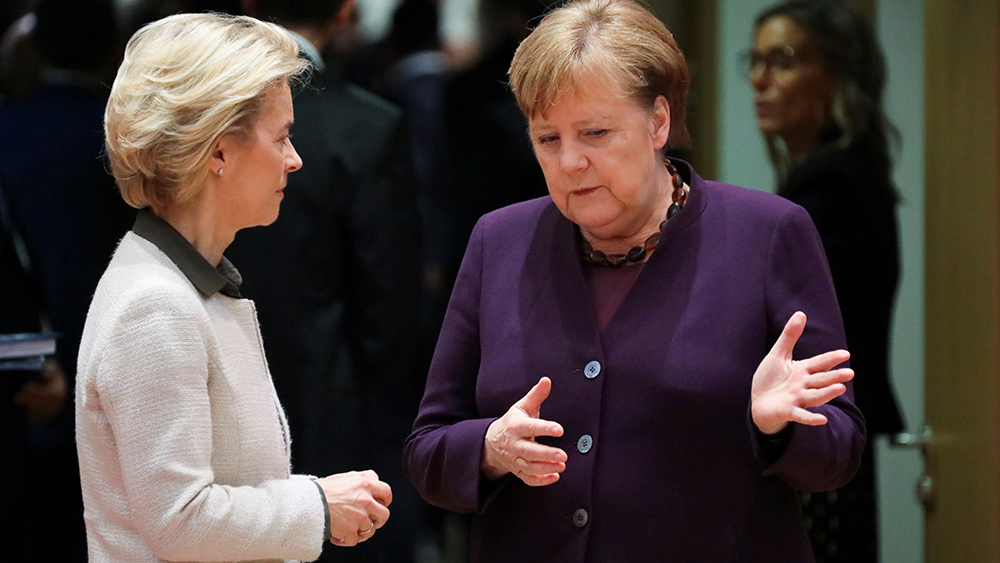 Germany’s six month presidency of the European Union in the second half of this year could hardly come at a more important moment. As the EU’s largest and most financially powerful member, Germany must rediscover its earlier role as leader and mediator. By doing so, it can help hold the organization together, something also very much in its own interests.

To do this, however, Berlin must face up to the EU’s conflicts, both internal and external. Germany faces three challenges in Europe, all given new urgency by the coronavirus pandemic. It must reestablish cohesion within the EU, bridging the gaping divide between its northern and southern member states; it must stand up for democracy and the rule of law; and it must strengthening the EU’s international role.

Germany’s six month presidency of the European Union in the second half of this year could hardly come at a more important moment. As the EU’s largest and most financially powerful member, Germany must rediscover its earlier role as leader and mediator. By doing so, it can help hold the organization together, something also very much in its own interests.

The presence of COVID-19 in Europe was confirmed early this year. However, since the EU had no relevant powers in health policy, early countermeasures took place on local, regional, and national levels. Basic freedoms of movement within the EU were restricted overnight, in partial contravention of European law. Twelve countries, including Germany, closed their borders. In early March, Berlin imposed an export ban on personal protective equipment (PPE) for medical staff, while the French government requisitioned face masks. The absence of declarations of solidarity, let alone practical assistance, gave rise to profound political disappointment. The early response, in other words, was dominated by national unilateralism, bringing back memories of the eurocrisis.

However, the EU has shown itself capable of correcting course. Management of the outbreak was quickly taken up at the highest levels, more rapidly than during the financial crisis. The European Commission instituted weekly coordination meetings. There were joint rescue flights for European citizens stranded overseas. Coronavirus patients were transferred between EU countries. Once common rules on exporting medical supplies outside the EU had been established, most governments lifted export bans within the single market. European companies began to manufacture face masks and ventilators, while the Commission introduced the joint procurement and stockpiling of medical materials.

As with the financial and migration crises, the early months of the COVID-19 crisis showed that removing internal EU borders only works when accompanied by policymaking at a European level.

The EU’s “common area of freedom, security, and justice” was created to support cross-border mobility and interconnection. For this integrated space to survive intact, health protection must be guaranteed as a pan-European public good, with open borders balanced against the need to protect the public.

If common health policy instruments are lacking and national health systems cannot successfully deal with the pandemic, the basic freedoms of the internal market will be cancelled out. Moreover, the EU will lose public trust if it can neither defend against dangers to public health nor come to the aid of struggling member states, helping them to help themselves.

Now, as Angela Merkel put it, the EU must confront “the greatest test it has faced since its foundation.” Insufficient preparedness in public health will now be followed by the continent’s most serious economic crisis since the Great Depression of 1929. All industrial nations seem likely to fall into recession in the first half of 2020, with long-lasting and painful consequences for their social fabric.

In March alone, Spain lost over 800,000 jobs, with unemployment expected to soon approach 18 percent. Italy, too, will likely face unemployment well above 10 percent. In France, after four weeks of lockdown, a quarter of all private sector workers are on reduced hours, with half of the economy at a standstill. The crisis threatens to hit Central and Eastern Europe just as hard.

Cushioning the economic crisis and the resulting social damage will thus be another crucially important responsibility of the German EU presidency that starts in July. This will initially mean rolling back restrictions on the internal market and ensuring that crisis-driven health policy does not undermine the EU. Some governments will take a greater role in industrial policy, seeking to guarantee essential food supplies and critical infrastructure. This could mean a new wave of nationalizations, as well as a more flexible interpretation of EU subsidy rules.

Despite facing the greatest economic crisis in the history of European integration, the EU needs to develop common approaches and principles in order to minimize national protectionism and reestablish European competition principles once the virus dies down. At the same time, it will be all the more important for a united EU to pursue its own global interests, with member states acting together as a common currency area, as well as on trade policy and investment regulation.

The German presidency must also address the question of additional financial cushioning. Short term liquidity has been made available through the European Central Bank and €500 billion in new financial instruments at the disposal of the European Commission, the European Investment Bank and the European Stability Mechanism. Nonetheless, fresh money will probably need to be put on the table to prevent a resurgence of tensions between northern and southern European states. Negotiations on the EU’s next “multiannual financial framework”—due to be finalized under the German presidency—may see a revisiting of more expensive policies, triggered by the COVID-19 crisis. Any revision to the EU budget would likely prioritize investment in research, technological competitiveness, and health protection, as well as measures against climate change.

Finally, the German presidency will also look to use greater international cooperation to alleviate the negative impacts of national austerity. Defense policy will be one such key area. Uncoordinated budget cuts could weaken the pooling of national defense capacities, as they did in the aftermath of the 2008 financial crisis. For this reason, Berlin will likely encourage its NATO partners and the EU to focus on defense capability, the arms industry, and their general technological competitiveness in light of the pandemic.

In spite of the financial efforts undertaken by the EU, it is quite possible that the virus’s economic and social effects will promote political instability and undermine social resilience. That will intensify Europe’s vulnerability to hybrid threats. The post-2008 era saw populists, many opposed to the EU and to globalization, take their place in parliaments and even in governments. The Hungarian prime minister Viktor Orbán has used the coronavirus as a pretext to strengthen his autocratic power. Like Hungary, Poland is the subject of an EU investigation, triggered by its judicial reforms. Former Italian prime minister Enrico Letta has warned that his country could become the “Hungary of the eurozone” if Europe fails to offer adequate assistance. Even before the crisis, popular support for the EU in Italy was on the decline. In Spain, the position of Pedro Sánchez’s minority government could be significantly weakened.

At a time of increasing political polarization, weakened social resilience and  burgeoning foreign influence, basic democratic principles and the rule of law must be more actively protected across Europe. Along with existing European procedures against member states, the EU budget will be a key instrument: spending should be dependent on states upholding human rights and democratic principles, in addition to the rules of the internal market. At the same time, we must keep close tabs on how technology is used to monitor the virus, ensuring it complies with basic European rights. The definition of common criteria for ending the state of emergency will be another concern.

Europe’s vulnerabilities will need particular attention if the European economy collapses while China enjoys a comparatively rapid recovery. In a bid to boost its foreign influence, China could make liquidity available to selected European companies, banks, and governments, buying up strategic elements of European supply chains, including in Germany. The question of how much protection the EU and national governments should offer domestic companies will thus be highly political.

The coronavirus has made Europe’s international context even harder to assess. Under Donald Trump, the United States continues to undermine the structures of the international order, for example by the president’s recent decision to stop US funding for the World Health Organization. Meanwhile, reaction to the crisis has sharply highlighted the systemic conflict between China and the West. Its ongoing power struggle with China is taking the United States further down the path of isolationism. But Europe must also think about its own future supply chains, deciding which elements should be based on its own territory, particularly in pharmaceuticals and other systemically vital sectors.

No Way Around Conflict

As the international system continues to gradually unravel, the pandemic has shown the importance of close cooperation on health policy. When Germany takes over the EU presidency on July 1, it faces the acutely important task of driving short-term crisis management in the EU and among its member states. But it must also continue to develop European and international instruments able to cope with the challenges confronting us. The aim should be for Europe to emerge strengthened from the crisis. To achieve this will inevitably mean conflict, both within the EU and in its relations with other countries.

For this reason, Berlin cannot limit itself to the role of honest broker, the typical approach of the country holding the EU presidency. Germany, France, other members states, and the presidents of the various EU institutions must all energetically promote European interests and the core principles of the Union. Only in this way will it be possible to lead the EU through these complex and testing times.