The EU-India “strategic partnership” is experiencing a revival, with a new focus on political, trade, and security issues. Brexit is a crucial factor as Delhi is looking for alternative gateways to Europe. 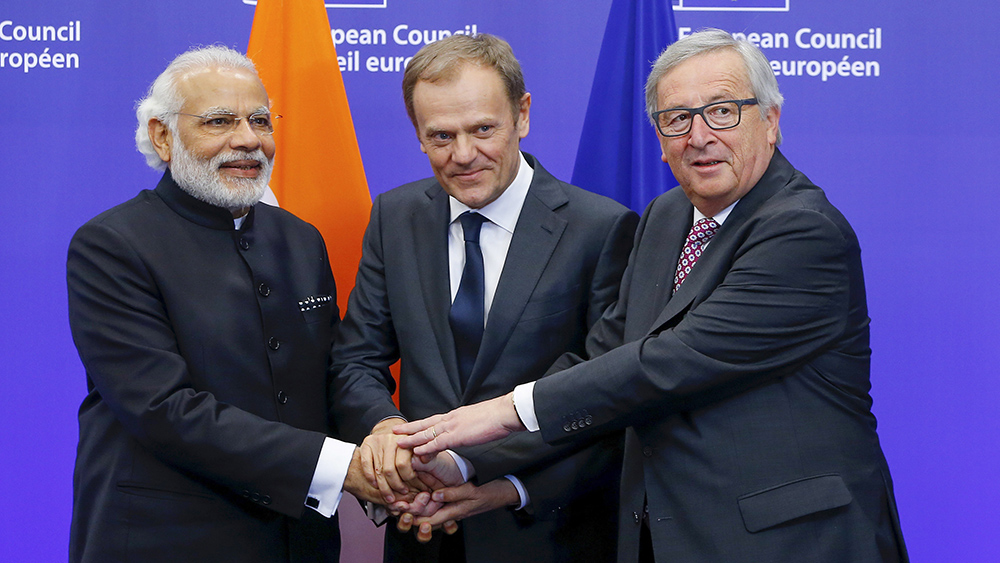 It is not an exaggeration to say that the EU-India relationship is experiencing an extraordinary momentum. Both sides are taking unprecedented steps to deepen the partnership. This new momentum is largely the result of a changing global environment, particularly the rise of China, its increasing presence in Europe and Asia, and the uncertainty of American policy under US President Donald Trump.

Brussels’ new pragmatic pursuit of closer ties with India is a response to New Delhi’s increasing political and economic weight in Asia. India’s renewed interest in Europe, in turn, is motivated by the need to diversify its partnerships, and balance Beijing by partnering with other middle powers. Brexit is another crucial factor, pushing India to look for new “gateways” to Europe as its traditional partner leaves the European Union.

As a result, there is renewed political will both in Brussels and New Delhi to strengthen this partnership. Annual EU-India summits are back on track, having restarted in 2016 after a four-year hiatus. The last summit produced an ambitious Agenda for Action 2020 refocusing the partnership on political, security, and strategic issues, broadening it from trade and cultural ties which had long been the defining characteristic of EU-India relations. Brussels is also in the process of revising its country strategy for India—the current version dates back to 2004. This revised strategy will reflect not only India’s changing position in the world, but also Europe’s new security and foreign policy ambitions.

The clearest sign of the enhanced EU-India partnership is deepening cooperation on political and security issues. The EU’s Global Strategy outlines that peace and stability in Asia is crucial for Europe’s prosperity. For a long time, Europe’s Asia policy focused only on China. Now India is seen as an important actor in a multipolar Asia.

The EU and India have recently instituted mechanisms to cooperate on counterterrorism, maritime security, and nuclear non-proliferation. The Indian Ocean is fast emerging as an arena for geopolitical and geo-economic competition, largely due to China’s entry in the region. It presents a promising area for Europe and India to broaden cooperation on maritime security, particularly as the Indian Ocean is a main conduit for global trade and energy flows. While their joint efforts were initially limited to anti-piracy operations, the EU and India are now hoping to extend their partnership to strengthening institutions and a regional security architecture that can check increasing competition and militarization in the Indian Ocean.

There is also convergence on Europe and India’s position on China’s Belt and Road Initiative (BRI). While Europe is keener on participating in BRI than India, both agree that investments within BRI should be transparent and sustainable. They should also follow international norms and standards and should not have overlapping commercial and military uses. As Brussels formulates its response to BRI in its upcoming Communication on Euro-Asian Connectivity, this convergence can lead to actual policy cooperation.

While these are promising developments, it will still be a while before India takes the European Union seriously as a security actor in Asia. And the EU is yet to fully articulate how it plans to achieve its foreign and security policy objectives in Asia, given that it is often distracted by challenges in its immediate neighborhood. In addition, with the United Kingdom leaving, Europe will find it harder to sustain its Asia focus.

While there is movement in many aspects of the strategic partnership, an issue that remains stuck for now is the EU-India Free Trade Agreement (FTA), officially known as the Bilateral Trade and Investment Agreement (BTIA). The negotiations have ground to a halt after approximately 16 rounds of talks.

In the past, talks were stalled due to larger political events, for example the detention of Italian marines in India, which derailed the process significantly. Currently, however, the sticking points are intellectual property rights, duties, and visa regimes in Europe. The EU is demanding duty cuts on cars, wines, spirits, and dairy products it exports to India, along with a strong intellectual property regime.

India is asking for better mobility of its service professionals within Europe under a more liberal visa regime, and for “data secure nation” status under the General Data Protection Regulation (GDPR), which determines whether a country outside the EU offers an adequate level of data protection domestically. This status is crucial for Indian IT companies wanting market access in Europe.

Some experts argue that Brexit might make the EU-India BTIA negotiations easier, as the UK was one of the main opponents of liberalizing the visa regime. Both France and Germany have been pushing for a resumption of BTIA negotiations. With the UK gone, both countries stand to gain most from a free trade agreement with India. However, the visa regime is an issue for a number of other EU member states as well, and given the domestic political climate in many countries around migration, movement of service professionals will remain a tricky issue politically. India, too, has long been skeptical of free trade agreements and its negotiators are overly cautious after mixed experiences with its ASEAN deal.

Thus, the path ahead for BTIA negotiations remains perilous. With national elections around the corner in India, the political push required for starting yet another round of negotiations is missing. Many on the Indian side feel talks have dragged on for too long and it might be a safer bet to switch to a less comprehensive agreement. This would mean either reducing the scope of issues under discussion or embedding the trade negotiations within a broader political process. Some experts suggest a high level strategic and economic dialogue that would provide a platform for talking about more complex topics while not holding up progress on other areas. In other words, an ongoing dialogue instead of an all-or-nothing agreement. Such a dialogue would go beyond the trade negotiators and might benefit from the overall political momentum.

The problems in BTIA negotiations are somewhat symbolic of problems in the larger EU-India partnership. Quite often, member-states have the tendency to push tougher issues in their bilateral partnerships with India to the EU level. India on the other hand has limited capacity to deal with the myriad EU institutions and negotiations.

In his book How India Sees the World, the country’s former foreign secretary Shyam Saran captures India’s view of Europe when he writes that internal crisis, Brexit, and US-Europe tensions have impacted “the promise of a cohesive Europe playing the role of an influential actor.” India’s own focus on confronting China’s increasing influence in South Asia, developing new partnerships, trilaterals, and “minilaterals” in Asia leaves very little bandwidth for engagement with Europe.

In order to sustain the present momentum in EU-India ties, both sides will have to make an extra effort to convert converging interests into concrete cooperation. This will be an uphill task, as both Europe and India remain distracted by their domestic politics and their respective neighborhoods. The dynamics in the Indian Ocean and increasing presence of China in Eurasia could be crucial to drive the EU-India partnership forward. EU-India observers have long lamented that the partnership was all about trade and not “strategic’ enough. Maybe that is finally changing.