The post-1989 period brought unique economic success to Central and Eastern Europe. The next generation must update this model. For the West, reengagement is needed. 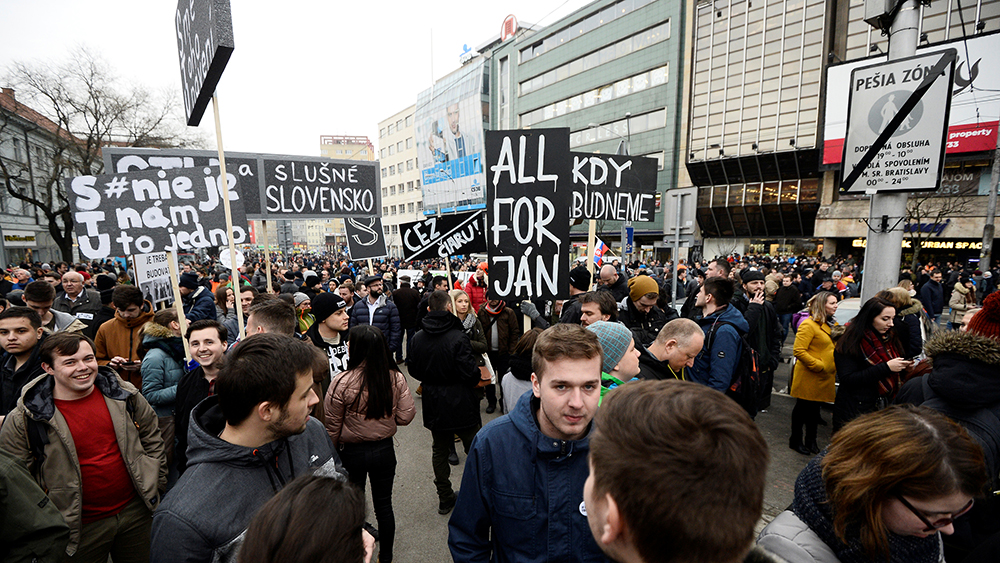 The year 2019 marks a double-anniversary of two interconnected historic events: 30 years since the fall of the Iron Curtain, and 15 years of EU eastern enlargement.

In 1989, democratic revolutions from East Berlin to Bucharest toppled local communist regimes and buried the Cold War international order. For the societies in Central and Eastern Europe, the annus mirabilis, the miraculous year of 1989, generated many hopes and expectation; it also led to many disappointments and brought a lot of pain.

Fifteen years later came the accession to the EU. It gave the Central and Eastern European countries a special boost, including financial support in the form of Cohesion Fund inflows, as well as a political anchor. The economic development that followed is remarkable. It’s worth recalling that with the exception of the Czech Republic and Slovenia as well as the western parts of Poland, Hungary, and Slovakia, the region used to be long-term economic underachievers. Disadvantaged by frequent political disruptions, border changes, and social upheavals, they were stacked at Europe’s periphery. Poland’s per capita GDP, for instance, from the 17th century until recently was almost always below 50 percent of Western Europe’s average level. Now it’s only 25 percent below the EU average, and the gap keeps narrowing.

Former World Bank economist Marcin Piatkowski in his ground-breaking book Poland’s New Golden Age showed that after 1995, the country became the fastest growing economy in the world among larger countries at similar levels of development, beating even South Korea and Taiwan. Next to South-East Asia, there is hardly any other region that has benefited so much from globalization as the new EU members in Central and Eastern Europe, at least in statistical terms.

Even if the pace of catching-up with Western Europe has slowed down since the financial crisis of 2008, some basic factors of the economic success will not change, such as geographic proximity. The combined trade volume of the four Visegrád countries (Poland, the Czech Republic, Slovakia, and Hungary) with Germany last year was €290 billion, far ahead of China (€199 billion) or the Netherlands (€189 billion). Poland alone is set to overtake the United Kingdom and Italy and will likely become one of Germany’s top trading partners this year or next. The volume of German-Hungarian trade is larger than German-Russian trade, and German trade with Slovakia, the smallest of the Visegrád countries (and a member of the eurozone) is twice as large as what Germany trades with G7 member Canada.

The German automobile industry, in particular, has turned the country’s eastern neighbors into a manufacturing hub. The knock-on effect was felt in December 2018 when a strike in an engine factory in Györ, Hungary (supported, by the way, by the German trade union IG Metall) forced Audi to shut down production at its headquarters in Ingolstadt, Bavaria, for several days. Interestingly, Audi’s Hungarian employees demanded a wage raise to put them on a par with workers at other Volkswagen/Audi facilities in Central Europe, not with what their German colleagues earn.

This illustrates several things: There is successful economic convergence, but the benefits may not be evenly distributed. Wage convergence in particular has not been as strong as that of GDP per capita levels, reflecting that much of the profits generated in CEE markets are taken out by foreign companies.

Yet political convergence, or that of democratic institutions, has been much slower. In some parts of the region, notably in Hungary, it has even gone into reverse. The EU institutions have proved ill-equipped for combatting such backsliding. Furthermore, they haven’t managed to limit creeping state capture or corruption. Political tensions between EU institutions or Western EU members and the newer eastern members will therefore remain high, but this is unlikely to harm their economic development.

At the same time, given the level of interconnectedness, isolationist policies in Central and Eastern Europe will not work anymore.  Hungary’s leader Viktor Orbán always knew this; his Polish counter-part Jarosław Kaczynski in recent years had to learn it the hard way. What is missing, however, is greater interest and a willingness to engage by the other side: with the exception of those two trouble-makers, Poland and Hungary, the rest of the countries are still largely taken for granted by Germany’s political class.

Looking ahead, as the saying goes, the future is no longer what it used to be. There are six key determinants in particular that will likely shape Central and Eastern Europe’s future course.

First, there is the future of globalization. After 1989, the region greatly benefited from the liberal world order and the expansion of free trade. Current winds are blowing in the opposite direction. Conflicts over trade and technology between the United States and China fuel a broader process of de-globalization. Europe is caught in the middle, defending multilateralism and depending on both giants. The small, export-oriented economies of Central and Eastern Europe with their heavy reliance on manufacturing are especially vulnerable to a recession in Germany or a global slowdown. So far, the countries have not been tested by a prolonged downturn.

Second, there is the question of whether the countries are capable of upgrading their business model, as the old one is coming under huge pressure. Instead of high unemployment and cheap labor in abundance, there are now acute labor shortages. At the same time, as research by the Vienna Institute for International Economy (WIIW) shows, a large part of production ranges at the bottom of the value and supply chain, and this is limiting the region’s potential to further catch up with Western Europe. Morphing into a more automated and digital economy will likely add to the problem, unless it is offset by more diverse growth and higher levels of public investment in research and education.

Third, and related, the impact of technological transformation on key industrial sectors, including the switch to electric cars and artificial intelligence, will be huge. There is also the transition to cleaner, low carbon energy. German industry and energy companies have already started this process, and it is not clear what consequences it will have for their suppliers and partners in Central and Eastern Europe.

Fourth, the countries have to manage demographic decline. EU accession has opened the doors to a dramatic emigration from the region. Many countries have already lost a large share of their population of productive age to Western Europe. Many Central and Eastern European societies are aging rapidly, while the workforce is shrinking, as young and skilled people continue to leave. Last year, Germany’s population reached a record high of more than 83 million people, with net immigration of some 400,000; more than half of the new arrivals came from Central and Eastern Europe (Romania, Croatia, Bulgaria, Hungary, and Poland topping the list of countries of origin). As a consequence, the countries themselves will need to become more open for migration. In spite of the current government’s anti-migration rhetoric, Poland has quietly become a global leader in accepting seasonal workers (some two million from Ukraine, and also an increasing number of Asians). However, there is little policy planning for those who decide to stay after their permit expires, while Poland’s labor market is projected to be short of an additional 1.5 million people by 2030.

A Call for Good Governance

Fifth, the countries need to keep their societies inclusive. A large part of Central and Eastern Europeans are living in the countryside. Fewer than 60 percent of Poles, Croats, Romanians, Slovaks and Slovenes are citydwellers (the EU average is around 75 percent), which gives political strength to rural voters. In the post-1989 period, large cities were usually the breeding grounds of economic development, while the countryside felt more disconnected and abandoned. The urban-rural divide deepened after the financial crisis of 2008, as rural areas became strongholds of populist leaders. Government policies and public investment into infrastructure and social policy programs will determine to what extent these aging and changing societies can be kept open and inclusive. This applies also to ethnic minorities and the Roma population, which is projected to rise to 20 percent of the populations of Hungary, Slovakia, and Bulgaria by 2050.

The sixth and crucial factor is quality of governance and the future behavior of political elites. As the challenges become more complex and multifaceted, policy responses formulated in capitals from Prague to Sofia will require more engagement on all levels of the state administration, economy, and society. The alternative model is the top-down approach pushed by authoritarian leaders in Budapest and Warsaw. However, quality, transparency, and inclusiveness of policy-making are likely to improve with younger generations. Over the next decade, we are likely to witness a more diverse region emerging.

A new generation is now coming to power in Central and Eastern Europe. Many of them are too young to remember 1989, but they will nevertheless reconnect with the ideas and political legacy of its proponents. They lack experience and EU networks, but are largely guided by a strong sense of EU togetherness and co-ownership.

This is also a chance for Berlin to reengage with this neighboring region. What is still lacking 30 years after is a stronger political partnership, based on permanent dialogue platforms between Berlin and Central and Eastern European capitals (preferably outside of closed diplomatic channels) that would structurally connect political and economic aspects of their bilateral relationship. It would be a great achievement if the upcoming celebrations of these anniversaries would generate a new purpose of working together for a more cohesive EU.