Boris Johnson appears to have painted the United Kingdom—and himself—into a corner. A no-deal Brexit and an election loom. 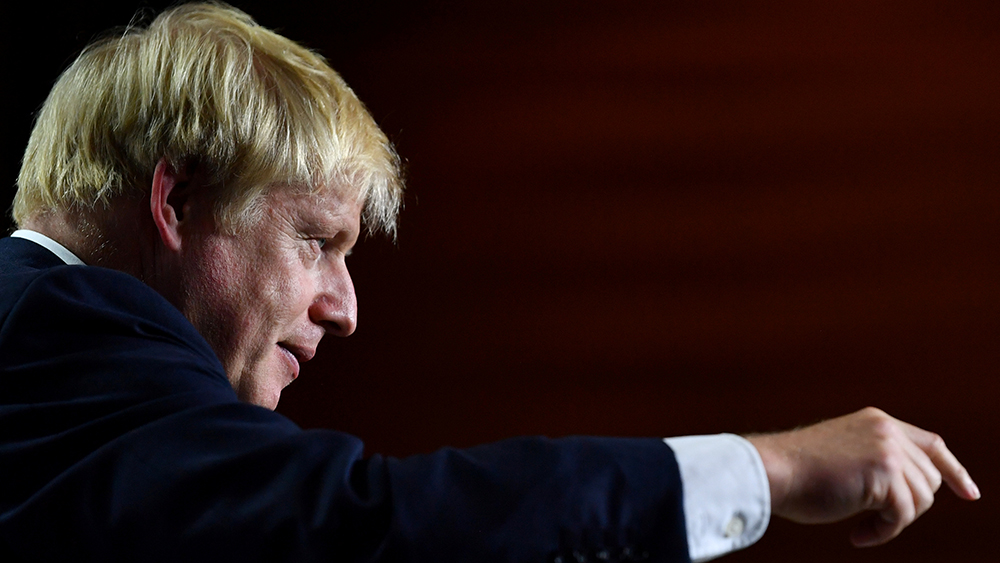 When he became prime minister in late July, Boris Johnson reassured anxious Britons that leaving the European Union without an exit agreement was “a million-to-one shot.” An divorce deal, which would be the preface to negotiations on the future relationship between the United Kingdom and the EU, could be reached easily. Yet at the G7 summit in Biarritz in late August, Johnson declared that although the prospects for reaching such a deal were improving, it remained “touch and go” as to whether or not such an agreement could be reached.

What had been a million-to-one shot is now the short-priced favorite. Like life, politics comes at you fast.

If Britain crashes out of the EU without an agreement, Johnson is clear where the blame for this must lie: with the EU itself. Britain, he says, is willing to start afresh, and it is only the EU’s intransigence that stands in the way of a successful, mutually satisfactory deal.

This plainly is a message aimed at Johnson’s domestic audience rather than his counterparts in Berlin, Paris, and elsewhere. The UK, he claims, can easily cope with a no-deal Brexit. This despite the fact that the British government’s own forecasts (“Operation Yellowhammer”) anticipate significant difficulties in the short to medium term if Britain simply walks away from the Withdrawal Agreement negotiated by Johnson’s predecessor Theresa May.

These difficulties include, but are not limited to, large-scale disruption to food supplies, a possible shortage of vital medicines, and a reduction of trade flows at major ports such as Dover that may, at least in the short-term, reduce traffic flows by more than 50 percent. If the government’s own private appraisal is correct, Britain is not ready for a no-deal Brexit even if the government, in public, declares it is.

After Johnson visited Berlin last month, pro-Brexit parts of the British press leapt upon German Chancellor Angela Merkel’s suggestion the UK had 30 days to come up with alternatives to the current agreement as though this proved Johnson’s strategy of defiance was already paying dividends.

This seems a hopeful analysis based more on wishful thinking than anything of true substance. French President Emmanuel Macron made this very clear. Yes, the agreement could be reopened and yes, the UK could propose workable alternatives to the problem of the Irish backstop that has become the totemic issue of contention but, be in no doubt about this, any new agreement would look very much like the agreement that has three times been rejected by the House of Commons. If there is wiggle room here, it is only very limited wiggle room.

Johnson may demand changes but the most likely one remains shifting the de facto UK-EU border from the frontier with the Republic of Ireland to the Irish sea, leaving Northern Ireland in close alignment with the EU while permitting the rest of the UK to go its own way. A Northern Ireland-only backstop, however, was previously rejected by the British government as an intolerable infringement upon UK sovereignty.

One thing is clear, however, and that is that one way or another, things can’t carry on like this indefinitely. As matters stand, Britain will leave the EU on October 31. It is, as Johnson says, a “do or die” matter for his government.

However, the prospect of a no-deal Brexit, complete with all its risks and unknown consequences, horrifies many British parliamentarians. Since Johnson’s government enjoys the slenderest of majorities, its long-term survival is very much in doubt. For all his bluster, the new prime minister leads a very weak government.

Johnson’s most senior aide, Dominic Cummings, who masterminded the successful Leave campaign in 2016, says Brexit will be achieved by any means necessary. If that requires parliamentary maneuvers that would, in more ordinary times, be considered a sensational and provocative misuse of power, then so be it. To that end, the possibility of forcing a so-called “people vs. parliament” election has been mooted.

That would allow Johnson to present himself as a kind of people’s champion whose determination to deliver Brexit—as mandated by the people themselves three long years ago—was being thwarted by an alliance of anti-democratic politicians in Westminster, hellbent on frustrating the people’s will. In this scenario, Johnson could, indeed would, present himself as a populist hero taking the fight to an out-of-touch and unaccountable elite who dare to think they know better than the people themselves.

If Johnson, a scion of Eton and Oxford, seems an unlikely populist, he remains all too aware that he must defend his right flank first before turning his attention to the center-ground. The threat of the Brexit Party founded by the veteran euroskeptic, Nigel Farage, cannot be ignored. At the European Parliament elections earlier this summer Johnson’s Conservative Party was beaten into fourth place. Estimates suggest more Tory members voted for the Brexit Party than for their own party.

Farage argues that Johnson cannot be trusted to deliver Brexit. He fears a sell-out. Even cast-iron commitments to leave on October 31 are, to switch metallurgical metaphors, fool’s gold. Fear of Farage, more than anything else, helped persuade Tory MPs and members to put aside their reservations about Johnson and elect him leader. Of the available candidates, he was both best-placed to ensure Brexit happened and to then win an election.

Forcing an election, however, is less easy than it used to be. British prime ministers can no longer call a poll whenever they choose. The Fixed-Term Parliaments Act, passed in 2011, means an election cannot be called without the agreement of two thirds of MPs. The only exception to this is if a government loses a vote of confidence. In those circumstances, there are 14 days in which to cobble together a new government under a prime minister who can command the support of a majority of MPs. Only then, if no such government can be found, would a new election be called.

No Easy Way Out

Some MPs cling to the idea that a so-called “Government of National Unity” could be formed in the event of the House of Commons toppling Johnson. This seems optimistic, to put it mildly, not least since Jeremy Corbyn, the leader of the opposition Labour Party, has little to no interest in such a maneuver.

A no confidence vote this month, then, is a high-risk strategy. Even if the votes can be found to sink Johnson, it is not clear an alternative government could be found. That would mean an election that would probably not be held until early November during which time Britain would gently slide out of the EU, deal or no deal.

That latter scenario looks increasingly likely, not least since any agreed exit in the present climate would look less like compromise than capitulation. Britain finds itself in a corner of its own construction and from which there are no attractive exits.

If this is the beginning of the end of this phase of the Brexit process, it is far from the end of this drama, as shown by the government’s progrurement of parliament —effectively cutting short MPs’ time to block a no deal. An election beckons.