Some sectors could quickly take action to reduce CO2 emissions. But heavy industry has already done much of the easy stuff. It needs more help from government. 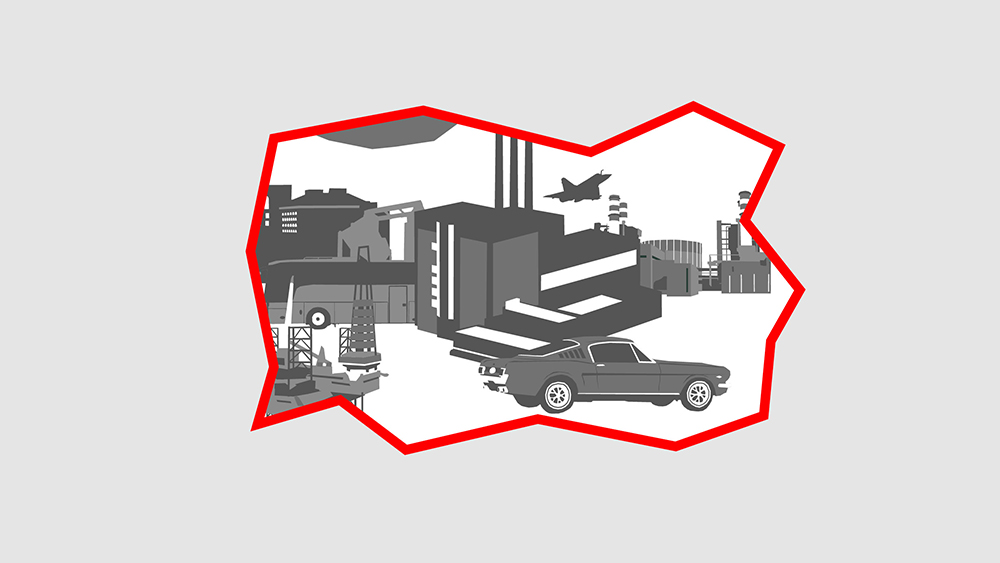 In the debate around Germany’s climate package announced in September, not much attention has been paid to industry. Yet the sector poses a conundrum for climate policies: despite major, long-standing financial incentives, German industry is barely reducing emissions. Its CO2 emissions fell 32 percent from 1990 to 2005, but they haven’t budged since, even though factory owners have long had to buy EU permits for every ton of carbon they emit, and Germany has some of the highest electricity costs in Europe, in part because of a surcharge to promote renewable energy. So what’s the issue?

Clean Energy Wire (CLEW) recently organized a tour of European cement factories, steel mills, and chemical plants for journalists, among them the author, to learn more about the challenge facing European industry.

For context, industry is directly responsible for 21 percent of German emissions, and indirectly for another 11 percent because plants and factories use so much of the electricity and heat we attribute to “power generation.” The biggest climate sinners are steel and cement, though plastics and various chemicals also cause a lot of carbon emissions.

At a meeting in Frankfurt, the representatives of labor unions and industry associations were refreshingly honest about the reality of climate change, at times even repeating slogans you’d expect to hear from Fridays for Future like, “There are no jobs on a dead planet.” They emphasized the work they had already done to improve energy efficiency. For example, the chemical maker BASF is increasingly using waste heat to power production.

However, again and again, industry insiders stressed how hard the final yards of the energy transition would be. Further incremental improvements are possible, such as expanding best practices like using waste gases and recycled materials and making blast furnaces more efficient. Firms have increasingly been doing this over the past decade or so to keep emissions stable as the economy and production grows. But to complete the transition to a carbon-neutral economy, as Manfred Fischedick of the Wuppertal Institute explained, industry needs breakthrough technologies.

The Last Cuts Are the Deepest

The required breakthrough technologies are different for different materials. Take steel: the key step in steel production is removing the oxygen from iron ore. Generally, this is done by heating the iron ore with coking coal in a blast furnace. The high-carbon coking coal turns into carbon monoxide, which plucks oxygen off the iron, and massive amounts of carbon dioxide, which heats up the planet.

These carbon emissions are an unavoidable part of making steel from virgin iron ore. Unless, that is, you use a different process altogether. Salzgitter AG is among the firms planning to replace its blast furnaces with direct-reduction plants, which run not on coal but on either natural gas or hydrogen. Thanks to this new technology, steel mills will eventually emit harmless water vapor instead of CO2.

Cement makers face a similar challenge. A third of cement emissions are fuel-related, meaning they come from burning fossil fuels like coking coal to heat the kiln. The Heidelberg Cement plant in Lixhe, Belgium, is increasingly burning biomass instead—but that does nothing to reduce the remaining two-thirds, the “process emissions.” These are mostly the result of heating limestone into a material called clinker, the main component in cement. As the limestone heats up, it releases heat-trapping carbon dioxide into the atmosphere. A lot of it.

With no options for completely eliminating these “process emissions,” Heidelberg Cement wants to capture the carbon before it escapes. Enter the pilot project LEILAC. The engineers at the plant in Belgium have already redesigned the kiln so the various exhaust gases are kept separate. In the next stage of the project, they plan to capture the nearly pure carbon dioxide before it escapes, and then either use it in industrial processes or store it underground.

Carbon capture, hydrogen steel-making—the good news is that for two important sectors, we already know what the breakthrough technologies are likely to be. The bad news is that we don’t have the right policy framework to make them economically viable.

Let’s look behind the curtain of these carbon-eliminating processes. Heidelberg was only able to launch the LEILAC pilot project thanks to a €12 million grant from the EU Horizon 2020 fund, which in turn unlocked another €9 million in in-kind contributions from a consortium of international firms. But even if the companies were already capturing the carbon, it wouldn’t save them any money in the near term. While prices are falling, at the moment it costs a European cement maker over €150 to store a ton of CO2, compared with only €25 to buy an EU permit for emitting a ton into the atmosphere.

One might suggest raising the cost of carbon permits, as the EU is slowly doing. Heidelberg would, however, have to pass on those prices to construction firms, who would understandably rather import high-carbon cement from Egypt or Turkey than foot the bill. Low-carbon cement is no better than the traditional stuff, so unless Presidents Abdel Fattah el-Sisi and Recep Tayyip Erdogan suddenly decide to implement massive environmental taxes, the only way to keep EU cement-makers competitive under high carbon prices would be a carbon border tax, which imposes the costs of green production on domestic and foreign firms alike. The idea has backing in Brussels, but it is still “years away,” as the Financial Times has reported, and the EU would have to ensure it doesn’t violate WTO rules.

The one customer who could most easily decide to pay higher prices is the government, which is why industry associations are calling for “green procurement” rules that would oblige contracting authorities to support low-carbon industries. This, too, has costs for the taxpayer. Finally, Heidelberg needs an underground location to store all that carbon. A Norcem plant in Brevik, Norway, is leading the way here: thanks to public money, the plant could be doing full-scale carbon capture by 2024. The carbon will be injected deep beneath the seabed in depleted oil and gas fields. Oslo believes this CO2 storage and transport infrastructure has the potential to help its EU neighbors too, and it is seeking EU support to help finance it.

For their low-carbon production, steel companies would need boatloads of hydrogen. Most hydrogen used in Europe today comes from natural gas, which also leads to emissions unless the CO2 is stored somewhere. That’s why there is growing interest in “green hydrogen,” created by using renewable power to split water molecules.

The drawback here is the huge amount of electricity required. One industry representative claimed German steelmakers would need 100 terawatt hours of (renewable) electricity a year to produce in a low-carbon way. For reference, the German steel industry currently uses 22 terawatt hours per year, and the nation as whole uses about 500. The numbers are similarly scary for the chemical industry, which in a recent study reported it would need over 600 terawatt hours by the mid-2030s to go carbon neutral by 2050.

Of course, industry reps have an incentive to exaggerate what they need and to downplay solutions that leave them out, like building more with wood or reducing how many chemicals we use in the first place. But steel, chemicals, and plastic aren’t going away, certainly not by 2050. And independent studies back up what industry is saying: for instance, McKinsey argues global industry will need four to nine times as much renewable power for carbon-neutral production than it would consume in the absence of any climate efforts. The EU also worries about the energy intensity of hydrogen production in its long-term vision for climate neutrality.

The CLEW tour did offer up a few bright spots, like the trip to the Fraunhofer Institute in Braunschweig, where researchers are working on path-breaking solutions such as using flax fabric to replace some of the cement that goes into concrete. In fact, it could be seen as a positive that these nearly miraculous clean technologies—capturing carbon as it streams into the air, using wind power to split hydrogen molecules—exist and function at all, and that governments are at least supporting pilot projects like the one at Heidelberg. The EU Innovation Fund will provide €10 billion for low-carbon technologies during the 2020s, while the German hydrogen strategy will make available up to €300 million a year to support “real-world laboratories.”

But the main takeaway was that we still aren’t doing enough to help the leaders of the 2030s and 2040s to reduce the most stubborn emissions.

Angela Merkel is one of the many heads of government who advocate going climate neutral by 2050. At the UN, the German chancellor justified her government’s proposal for a relatively low carbon price for the building and transport sectors by explaining that “it’s the government’s task to bring everyone along”—i.e. that things can’t move too fast. Fair enough, but if we are hesitant to bring about major increases in gas prices in the 2020s, are we really doing enough to make sure the next generation of leaders can compensate with faster progress later? That they are able to capture, store, or avoid all the carbon we need to build new train tracks or electric cars? Does it make sense that Germany won’t take on new debt to fund climate action at home? That Germany, the Netherlands, and other wealthy member states are more focused on maintaining their EU budget rebates after Brexit than ensuring the EU can fund green transformation? That next budget cycle will run from 2021 to 2027, after which, for some industries, 2050 will be only one investment cycle away.

Even Europe’s climate-conscious leaders are taking their time picking the low-hanging fruit. And instead of building a proper ladder for their successors to reach the juicy stuff at the top, they offer small sums and promises that can only be broken once they are long gone.