By rejecting the manner in which the EU develops into a defense actor, Washington risks losing its ability to shape that discussion—one that is crucial for the future of NATO. 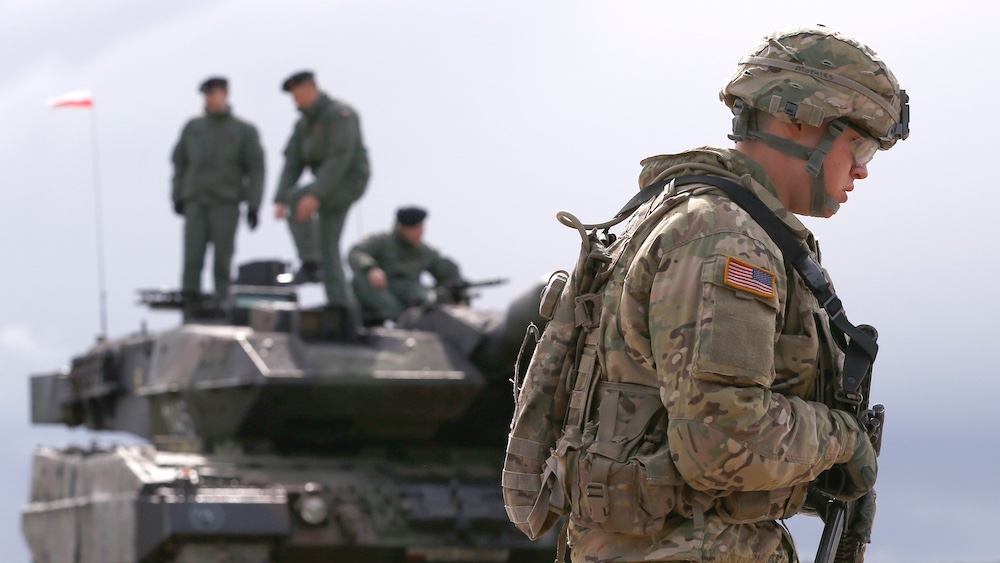 The political relationship between the United States and the European Union is fractious. From trade to foreign policy, both sides are taking increasingly divergent, and sometimes contradictory, perspectives.

So much so that the US ambassador to the European Union, Gordon Sondland, called for a reset in the relationship, believing that the new cohort of senior EU Commission and Council leaders, due to take office in December, will “make impasses go away.” Developing closer working relationships with these new leaders can help to an extent, but the US should also look within the Trump administration to reset its own policies. Only then can the US foster a more productive defense relationship with the EU.

The defense relationship between the US and the EU already exists, including at the operational level. In 2011, both signed a framework agreement that enables Washington to contribute civilian personnel to “crisis management operations.” More recently, US military forces have worked alongside their EU counterparts, primarily through United States Africa Command and the EU Military Staff, in places like Mali and Somalia. Both the US and the EU have also strengthened joint situational awareness and coordinated activities in the Sahel more broadly.

Despite this practical cooperation at the operational level, there is greater friction at the strategic level. The US has long been skeptical of efforts by some EU member states, like France, to allocate a greater role in defense to the EU. Washington, under both Democratic and Republican administrations, has feared that an EU with defense responsibilities could harm the cornerstone of European and transatlantic security: NATO.

The “Three D’s” of “no diminution of NATO, no discrimination, and no duplication,” as outlined by former Secretary of State Madeleine Albright back in 1998, encapsulates this sentiment. Yet this skepticism does not mean US policymakers do not want Europe, as a whole, to shoulder greater responsibility, whether by increasing defense spending to invest in certain capabilities or deploying troops and equipment. Instead, US policymakers want European countries, the EU member states and NATO allies among them, to become more capable partners.

EU member states, many of which are also NATO allies, view Washington’s behavior as schizophrenic. On the one hand, they argue, the US asks its European counterparts to shoulder more of a burden. On the other, when Europeans do take concrete steps to invest further in defense, the US criticizes the approach. EU member states, according to an EU official, lament the “mixed messages from the American side,” viewing the 2016 EU Global Strategy as the response to the longstanding US request.

Although the Global Strategy’s “ambition of strategic autonomy” should be taken with a grain of salt—particularly because, in practice, it does not enjoy support from all member states—there is an important sentiment that EU member states should take on more responsibility. To the majority of member states, Brussels’ role in defense should complement that of NATO and, according to the same EU official, enable the EU to become a “reliable and effective partner.”

Against the backdrop of achieving strategic autonomy, EU member states are moving forward with their own initiatives, primarily the European Defense Fund (EDF) and Permanent Structured Cooperation (PESCO). The EDF provides a financial incentive for member states to develop capabilities jointly. It is particularly noteworthy that the European Commission is co-funding this effort—at €13 billion over the course of the 2021-2027 multiannual financial framework. The actual development of the joint capabilities will occur through PESCO, a political commitment among 25 member states to deepen defense cooperation. There are currently 34 projects that cut across all domains, from maritime to land. The EDF and PESCO, according to a French official, are a “direct response to [the] call by Americans on burden-sharing.”

Although there are more nuanced positions both among and within member states on these two initiatives, there is broad agreement that the EU should take greater responsibility in defense. This belief stems from an understanding that the European security environment is growing more challenging, but also from two dynamics internal to the European security architecture.

EU member states not only recognize that America is becoming a less reliable partner, due to President Donald Trump’s seeming ambivalence toward European security, but also that the United Kingdom is leaving the EU. Certainly London will remain actively involved in European defense policy, primarily through NATO and its bilateral defense relationships, but British officials, post-Brexit, will no longer be “in the room” to share expertise when member states debate whether and how to launch, for example, a Common Security and Defense Policy mission. It is therefore imperative that the EU develops a stronger defense capability for its member states to rely more closely on each other.

The US, however, has significant reservations regarding the EDF and PESCO. These concerns relate chiefly to the way in which a third country can participate in the new EU defense initiatives. As a non-member state, the US is interested in securing flexible terms that enable it, and primarily its defense industry, to participate. President Trump’s link between trade and security is driving ambition for US defense firms to compete for contracts and encourage Europeans to “buy American.” A joint letter from senior Defense and State Department officials is among the latest effort by the Trump administration to secure such access—this time including a veiled threat to consider “similar reciprocally imposed US restrictions.” Without access for its firms, Washington will remain opposed to the EU defense initiatives.

The divergences between the US and the EU will not disappear overnight. Nonetheless, as the US administration embarks on its reset, it should take two steps to shift its position and strengthen the US-EU defense relationship.

First, it should both acknowledge that the EU has a role to play in this field and support certain EU defense initiatives. Although NATO is and should remain the central pillar of European security, member states are pursuing some promising initiatives within the EU context. Certain PESCO projects, like Military Mobility, whose goal is to ensure the smooth movement of defense equipment across Europe in the event of a conflict, has a positive impact for NATO. In fact, the EU—unlike NATO—can regulate and provide assistance with infrastructure funding to ensure platforms are not “stuck at customs.”

Likewise, the EDF can bolster member states’ defense capabilities. According to a French official, the EDF is the “key initiative within the EU,” providing an incentive to develop capabilities jointly. The Franco-German Main Ground Combat System and Future Combat Air System projects are two that could develop through the EDF with other countries, as demonstrated by Spain’s recent inclusion in the latter.

The European Pillar in NATO

Overall, “one possible scenario” for the EU, from the perspective of Julian Ostendorf, an adviser to German MP Roderich Kiesewetter, foreign affairs spokesman for his CDU/CSU caucus, is to serve “only as the sous chef of NATO.” Accordingly, Ostendorf argues, the challenge for France, Germany, and “other core EU member states” is to work toward a consensus regarding “what strategic autonomy really means in practical military terms,” without contradicting NATO’s defense planning. It is the role for the EU defense initiatives, to support and strengthen the European pillar within NATO, that the US should recognize and promote.

Second, as the US develops its own defense relationship with the EU, Washington should prioritize in which of the defense initiatives it is interested in participating. As it stands, according to Rachel Ellehuus of the Center for Strategic and International Studies, American officials tend to state their blanket interest in joining the EU defense initiatives, notably the EDF and PESCO, based less on a desire to be part of specific projects and more on the general principle that third countries should be included.

Instead, the US should prioritize and explain to the EU institutions and member states in which projects it could contribute most. Engaging more selectively and making a stronger case for certain projects might lead Brussels to consider how Washington can plug into initiatives and bring niche expertise. Without a more considered approach, EU member states could grow increasingly unwilling for the US to play any role related to the EU.

Toward a New Relationship

Despite its checkered past in developing a greater EU role in defense, member states are moving forward with new initiatives. By rejecting the manner in which Brussels develops into a defense actor, however, Washington risks losing its ability to shape that discussion—one that is crucial for the future of NATO. The US should encourage member states to sustain their momentum in order to become more capable partners. To do so, Washington should not only pursue a reset that engages the new European Commission and European Council leaders, but also alters its defense policy toward the EU. Only then can the US develop a stronger defense relationship with the EU and, ultimately, Europe as a whole.