In a political landscape beset by fragmentation, Germanyʼs Greens are going from strength to strength. Their party leaderʼs instinctive ability to reach new voters may soon be put to the test. 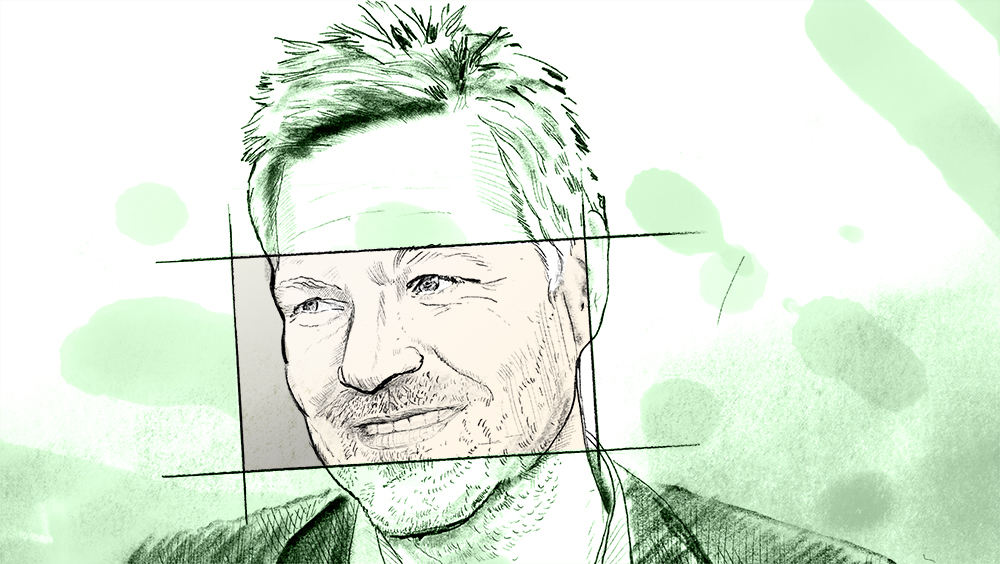 Robert Habeck would hate this article. Or at least he would say he does. The high-flying head of the German Green party, aware that nothing kills a politician’s career quicker than hype, often appears to be deflecting his popularity. But in these past few months, no other political figure has caught the attention of Germany’s media more effectively than the smooth and casual 49-year-old intellectual from the Danish borderlands.

Habeck’s slightly grumpy charisma is infectious. The weekly carousel of German political talkshows (Anne Will, Maybrit Illner, Maischberger and hart aber fair) can’t get enough of his unshaven, tousle-haired charm: a count by the newspaper network RND found that in 2018, Habeck made the most appearances on the four TV staples of any German politician: 13 in all.

As if all that publicity weren’t enough, just last month he was anointed “politician of the year,” along with Green party co-leader Annalena Baerbock, by Politik & Kommunikation, a media trade magazine that felt the need to celebrate the pair after the Green party’s spectacular autumn. In October’s state elections in Bavaria and Hesse, the left-liberal environmentalists carved large slices out of the two major political parties, Angela Merkel’s Christian Democratic Union (CDU) and the tailspinning Social Democratic Party (SPD), and made themselves the second-biggest force in both state parliaments.

Don’t Call Us a Volkspartei

Politik & Kommunikation’s laudatory editors said that, under Habeck and Baerbock, the Greens were “on the way to becoming a Volkspartei.” But that word, meant to invoke an exalted status, might have set Habeck’s teeth on edge. Literally “people’s party,” a Volkspartei is what Germans like to call the CDU and the SPD, the pragmatic centrists that encompass swathes of sensible citizens from many social strata. For decades, the two parties could put as much as 80 percent of the electorate under their umbrellas, steering Germany across a serene ocean of Realpolitik.

But things have changed. The political landscape is flattening out as people disperse to different camps. Established broad churches aren’t providing the succour they once did, and apart from the far-right Alternative for Germany (AfD), no one appears to have benefited from this fragmentation more than the Greens. This is not to say that German voters have become deranged idealists chasing populist visions, but it does mean that Merkel’s political bloc no longer has a monopoly on conservatism. That became most clear in the aftermath of the Bavarian election, when surveys found that, as well as the 200,000 votes the Greens had stolen from the Social Democrats, the Greens had poached some 170,000 from the Christian Social Union (CSU).

This is significant: tens of thousands of people who had previously identified with an overwhelmingly Catholic conservative party with a hardline anti-immigration stance shifted to a former protest party with an ecological, migration-friendly agenda. The CSU’s election campaign, much like its governing policy in Bavaria for the past three years, was a desperate attempt to head off the threat from the AfD by relentlessly attacking Merkel for letting in too many refugees. That allowed the Greens to appear reasonable, to insist on the rule of law, and allowed the conservative Bavarian voter to find a serious alternative without having to associate with the stuffy leftism of the Social Democrats and (God forbid) Die Linke.

This isn’t all Habeck’s doing, obviously, but he is alert enough to believe that this is why, even though the Greens have now overtaken the SPD in the polls, a Volkspartei is exactly what he doesn’t want them to become—or be seen as becoming. In a society divided and (very slowly) bringing its diversity into its politics, the idea that a substantial part of the population will identify with any major political party is emphatically dead. The basic math supports the point: the Christian Democrats are only just clearing the 30-percent mark, and the Social Democrats can barely muster 15 percent of voters (as late-January polls show)—in other words, the political center can no longer count on the majority of the population.

When explaining this, Habeck occasionally coughs up a soundbite that flirts with meaninglessness, (“We don’t need the lowest common denominator, we need higher common goals,” he told one public broadcaster), but it speaks of optimism and strategic acumen that he sees this growing instability as an opportunity. “Volatility also means there’s a fair chance of winning majorities,” he told Der Spiegel magazine in December. “The loss of old certainties is at the same time the winning of new possibilities.”

Only Squares Join a Party

Habeck also appears to be alive to another aspect of this fragmentation. The whole idea of a political party, with its formalities, hierarchies, and laboriously set-out agendas is starting to weary voters, and German politicians are beginning to do what might be called the Emmanuel Macron En Marche thing: play the anti-elitist outsider and start a political movement from scratch. The most obvious parallel in Germany is the socialist Aufstehen organization, started by Sahra Wagenknecht, who has somehow managed to remain Die Linke’s party leader.

Habeck has ruled out going that far, but his interactions with the Green party suggest that he is carefully nurturing an aura of independence. He’s quite open about technological advances in agriculture, for instance, even if that defies traditional party wisdom.

This much is reflected in his precipitous rise: the son of pharmacists, Habeck grew up in Heikendorf, outside the port city of Kiel. Apart from marrying and raising children, he spent the 1990s producing literary translations, partly in Denmark, and writing a doctorate on literary aesthetics. But by the time he reached his 30s, he switched track. In 2002, he joined the Green party, and by 2004 he was its leader in his home state of Schleswig-Holstein. Even as he ascended the ranks—by 2012 he was the state’s minister for agriculture and environment—he continued as an author, publishing novels together with his wife Andrea Paluch and non-fiction that largely reflected his undergraduate passion for philosophy.

His most recent book, Wer wir sein könnten (“Who we could be”) from October 2018, examines the relations between democratic and totalitarian language, but his 2010 work Patriotismus: Ein linkes Plädoyer (“Patriotism—a left-wing appeal”) might be a better clue to understanding Habeck. It reads as an earnest and pragmatic attempt to reconcile the looming political splits that occurred in the second half of this decade. Still, a vestige of this approach is noticeable in the tour of Germany Habeck undertook last summer, during which, between political engagements, he visited spots that marked milestones in Germany’s path to democracy, such as the Hambacher Schloss, opening debates on how to “own” a left-liberal patriotic mythology.

Such noises have inevitably stirred unrest among the Green party’s ranks, though Habeck and Baerbock’s successes mean they have walked that awkward tightrope well: keeping the core voters on their side while reaching out beyond. For one reason or another, the Greens appear to be the only German party that is not either desperately searching for a new direction or in open conflict with itself. In fact, Habeck’s air of independence, and his close cooperation with Baerbock, have managed to quell the endless conflict between the party’s conservative “realos” and its left-wing “idealos”. For what it’s worth, Habeck is definitely a “realo”: he brought the Green party into coalition with the CDU and the neo-liberal Free Democrats in Schleswig-Holstein, but he’s still in favor of a basic income, or at least ending sanctions on Hartz IV unemployment benefits.

But the bigger test to that inner harmony will come this autumn, when three elections in Germany’s least Green-friendly regions loom: Brandenburg, Saxony, and Thuringia. The omens so far are not good: Thuringia was the scene of Habeck’s biggest mistake to date in early January, which resulted in his rather drastic renunciation of social media. In a video tweeted by the state’s Green party, Habeck told voters that his party “would do everything to make sure Thuringia becomes an open, free, liberal, and democratic state.”

It was an impromptu video message delivered in a noisy conference room, but that “becomes” was a significant faux pas: a grave insult to Thuringians, made worse by the fact that the Greens already are in the state’s government. Habeck’s statement also played to the prejudice that many Germans have about the Greens: that they are urban smart-asses who want to tell you what to do. For a second, Habeck’s composure, and his ability to speak to non-Green party voters, had slipped. It might yet prove a fateful signal.