The eurozone has agreed a half trillion euros in recovery funds, and the European Commission is adopting a lockdown exit strategy. But the failings in both show the EU is still finding it hard to come up with a coordinated coronavirus response. 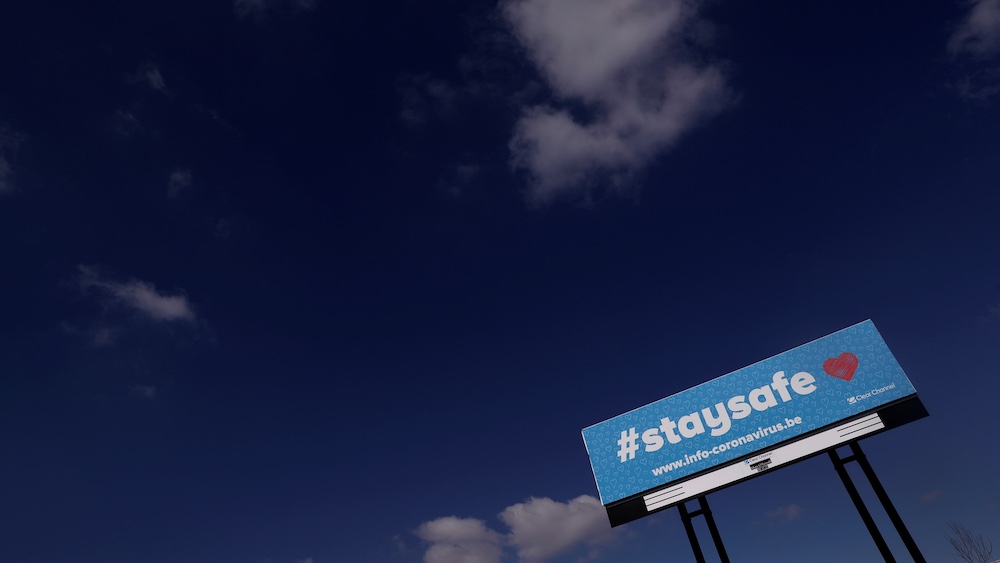 As often happens in disasters and wartime, leaders across Europe are riding high in the polls at the moment. Sociological studies have shown that in the initial moments of crisis, people tend to avoid negative thoughts about their governments because it makes them anxious.

As prime ministers and presidents bask in the glow of their high polling, they have been keen to run the show on their own. They have not let Brussels so much as lift a finger without their permission, nor have they coordinated with other leaders.

This power dynamic is on display this week, as the European Commission adopts a pan-EU lockdown exit strategy on Wednesday. The strategy was supposed to be adopted last week, but at the last moment several EU member states including France, Spain, and Italy objected. They were concerned that any discussion of lockdown exits would be dangerous ahead of the Easter weekend when people would be tempted to go out, as they prepared to announce extensions. France, for one, will be in lockdown until May 11 at least.

These objections came despite the fact that the strategy, a draft of which governments had already seen, only contained guidelines rather than instructions for when national governments should end their lockdowns. The strategy will only communicate the European Centers for Disease Control’s advice for how restrictions should be gradually lifted and coordinated with neighbors. But that was too much for national capitals, even though they themselves had asked the Commission to draw up these guidelines on March 26.

In the ensuing week, national governments have pressured the Commission to water down the strategy so much as to make it essentially meaningless. The new draft shared with national governments on Tuesday changes the title from a roadmap toward “exiting” the lockdowns to one toward “lifting” the containment measures.

Scrubbed from the text are any mentions of an “exit.” Language saying governments “should” do things has been changed to “could.” The main recommendation is that any loosening of restrictions should be “gradual” and the general lockdowns should be replaced by targeted ones, for instance only for vulnerable groups.

In the week’s delay, some national governments have become tired of waiting and have adopted their own national measures. Austria is starting its lockdown phase-out today, and Denmark and the Czech Republic have also announced their own exit plans. The Belgian government is expected to present its lockdown exit strategy tomorrow before the Commission unveils the EU strategy. National guidelines on mask-wearing have been contradictory, with Austria requiring it while other countries like Belgium are discouraging it.

What’s clear is that the Commission has lost the momentum on the exit strategy and has been preempted by national actions. Lockdown exits will probably be as uncoordinated, and perhaps also as chaotic, as their imposition. And this is far from the only area in which European countries look set to diverge.

Last week finance ministers from the eurozone countries—known as the Eurogroup—met for a grueling 16 hours of video conferencing over three days in a desperate attempt to overcome North-South divisions on what Europe’s economic response to the coronavirus crisis should look like. In the end, they were able to agree on making available a half trillion euros of funds available to firefight the economic fallout. But on the most contentious issue, joint guarantees on debt, they kicked the can to a summit of prime ministers and presidents on April 23.

The chief protagonists have emerged as the Netherlands on one side, representing the less-affected frugal countries of Northern Europe, and Italy on the other, representing the more-affected indebted countries of Southern Europe. They were able to reach a compromise on use of the European Stability Mechanism, an instrument set up after the 2008-12 financial crisis, which enabled both sides to declare victory. Though ESM funds normally come with conditions and oversight, that was seen as inappropriate in this crisis because the early heavily affected countries did nothing wrong. In the end they agreed on just one condition: the funds, up to 2 percent of national GDP, can only be spent on healthcare.

But on the debt issue, the Dutch as still giving a firm “nee.” Italy, France, Spain, and six other countries are asking for the eurozone to issue Coronabonds, rebranded Eurobonds. Germany’s response has been softer than its notorious resistance to Eurobonds a decade ago. The Netherlands has emerged as the most uncompromisingly staunch opponent, leading to vilification of the Dutch in Southern Europe over the past week.

Dutch Finance Minister Wopke Hoekstra says it would not be “reasonable” to “guarantee the debt of other countries.” For the Brussels press pack, it’s déjà vu. It would seem little has changed in terms of European solidarity, even in a new crisis where concerns about “moral hazard” and wasteful spending are not relevant. With little prospect of the Dutch relenting, some in the French government have floated the idea of doing regional joint bonds instead—perhaps a “Club Med Bond” for France, Italy, Spain, and Portugal.

It was only to be expected that the EU’s response to the initial panic phase of the crisis would be underwhelming. As a supranational confederation that has very few powers over health or borders, the EU isn’t built for circumstances like that. Where the EU has proven its worth in the past is in the response to crises, particularly in the economic response. But as the weeks go by, the shift to “more Europe” promised by European Council President Charles Michel is not materializing.

It is an issue being faced by federations across the world, from Russia to Brazil to the United States. On Monday two blocs of US states—a West Coast “Pact” and an East Coast “Council” —banded together to ignore the flailing federal government and form their own regional entities to coordinate lockdown exit measures. With California Governor Gavin Newsom still referring his response to that of a “nation state,” the implications of these regional decisions to ignore Washington could be profound.

It is clear that the coronavirus crisis is presenting an existential challenge to the European Union. But it is also presenting a challenge to the union of American states, one that could have long-lasting consequences. The outbreak may be global, but its effects are being felt in extremely varying ways locally, and it is not respecting national borders or federations. All governing structures are at risk.