The European Union has shown unprecedented flexibility in the initial days of an acute crisis. That does not mean the European project is collapsing. 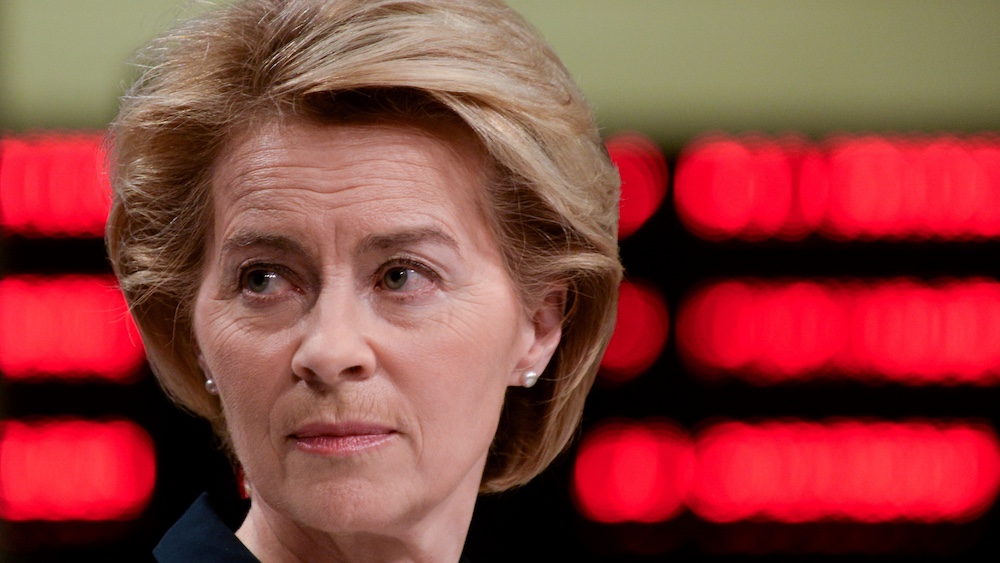 Over the past decade, each successive crisis has been deemed to be a “critical test” for the European Union. And each time, from the eurozone debt crisis to the migration crisis to Brexit, the EU held strong. This time is different.

In those past crises, the EU stuck rigidly to its rules in the initial stage—sometimes in the face of great criticism. As Greece collapsed, the EU at first stuck to dogmatic thinking about collective debt. As migrants drowned in the Mediterranean, the EU would not deviate from its system that left border countries entirely responsible. And as the British have sought to secure privileged and unprecedented access to the European single market without following its rules, the 27 remaining EU countries have been united in saying no.

But in the initial days of the Coronavirus crisis, the EU response has been the opposite.

The European Commission has shown remarkable flexibility. Countries were able to close border to other member-states, a violation of the EU fundamental freedom of movement and normally one of the most politically sensitive issues for Brussels, without facing significant criticism. Even the most staunch Europeans let it slide. “We shouldn’t have an ideological approach on this border issue, we should be pragmatic,” said French MEP Pascal Canfin, a close ally of French President Emmanuel Macron. “The point is, Does it make sense? Is it proportionate and justified from a sanitary perspective?”

It isn’t just borders. Normally sacred restrictions on state aid were suspended until the end of the year so that member-states could save companies from bankruptcy. Rules governing national budgets, put in place after the debt crisis, were quickly suspended too. Even the eurozone’s famous reluctance to collectivize debt with eurobonds now seems to have vanished.

Commission President Ursula von der Leyen’s flexible approach has won plaudits for some and condemnation from others, but the reality is she probably had little choice. Unlike in the financial and internal market realms, healthcare is almost entirely a national competence. A health crisis, therefore, was always going to see more national responses than European ones.

EU member states have gone ahead with their own diverging measures, from closing borders to instituting lockdowns to restricting the export of medical equipment. Von der Leyen has been playing catch-up, trying to find a consensus direction where all the governments are moving and creating around that as much of an “EU policy” as possible.

This was the main purpose for the Commission’s proposal on Monday, implemented by national governments this week, to only allow EU citizens through the bloc’s external borders. Von der Leyen hoped that the external border ban would convince countries to drop their internal border restrictions, which are holding up goods transport, risking empty shelves at grocery stores.

But so far, countries have not relented. Two-thirds of EU member states right now have closed borders with EU neighbors, erecting blockages where none existed before. The closures in Hungary and Poland are so extreme that people are prevented from even transiting through on the way back to their home countries.

Similarly, the Commission’s ban on EU countries exporting medical equipment outside of the EU was meant to convince countries like Germany to end their restrictions on exports to other EU countries. But Berlin and others have been slow to let this equipment spread throughout the bloc.

In such a fast-moving crisis that has manifested itself in different ways in different countries, the EU has shown flexibility on its rules and has given a green light to varying national solutions. The key question is this: now that this Rubicon has been crossed, is there any going back?

European Council President Charles Michel has said this crisis calls for “more Europe.” In reality, the exact opposite is happening—for now at least. But it may be that while the initial health and security response is national, the economic recovery efforts to come are European.

After initial stumbles, the European Central Bank decided Wednesday night to finally issue a “whatever it takes” plan to launch an additional economic stimulus program worth €750 billion. The Pandemic Emergency Purchase Program will buy corporate and government debt from across the eurozone to spread the money among countries in need.

“There are no limits to our commitment to the euro,” said ECB chief Christine Lagarde. “We are determined to use the full potential of our tools, within our mandate.”

The funds are in addition to the ECB’s €120 billion measure announced last week and a €20 billion-a-month bond-buying program. It would be the largest monetary stimulus package ever in under a year. This is on top of the European Commission’s €37 billion emergency funding from the EU budget to prop up economies, and the €50 million “RescEU” fund to stockpile medical equipment.

These structures will provide the basis for the EU response to come—a response that will be coordinated from Brussels once the initial panic has subsided. But will these temporary suspensions on normally sacred EU rules really end at the end of the year?

Schengen rules stipulate that internal EU borders can be temporarily shut in a health emergency for an initial period of twenty days. This can be renewed, with approval from the European Commission, for a total period not exceeding two months. If the national border closures are still in place in June, it will be the first indication that the Coronavirus may have dealt the European project a fatal blow.

For pro-Europeans, there is still hope. A temporary relaxation of sacred EU rules in such an acute crisis does not, as many are now opining, signal the demise of the European project. “Europe was blamed ten years ago for not doing enough and doing it too late,” says Canfin. “So what we’re now working on is a full package response that would use first all the flexibilities of the growth and flexibility pact. The commission is saying, Okay, do whatever you have to do to help your economy recover in the short term.”

The previous crises forced the EU to take unprecedented action, which in fact strengthened its powers rather than weakening them. Brussels gained control over budgets and received commitments to share the burden of border policing, with new funds for the EU’s Frontex border force. America’s retreat from the world under Donald Trump, another crisis for the EU, has forced countries to drop their long-standing opposition to the EU taking on a military defense role. The result has been the first-ever European Defense Union and a new defense department in the Commission.

It’s notable that the first place the world looked to for a European response to the Coronavirus crisis was Brussels, rather than national capitals. Brussels may not have been able to give the world the definite answers it was looking for in the first weeks of the crisis, but the fact it was even asked shows just how much things have changed over the past 20 years.

No one knows how the virus is going to evolve in the coming weeks and months. But as the initial panic stage subsides, Brussels has the tools to step in and lead the longer-term response. And in that process, a crisis could again turn into a moment where the EU finds its authority strengthened rather than diluted.