Germans are outraged that US President Donald Trump may have tried to poach a German company’s research on a coronavirus vaccine. It’s a perfect narrative for a country deep in crisis. 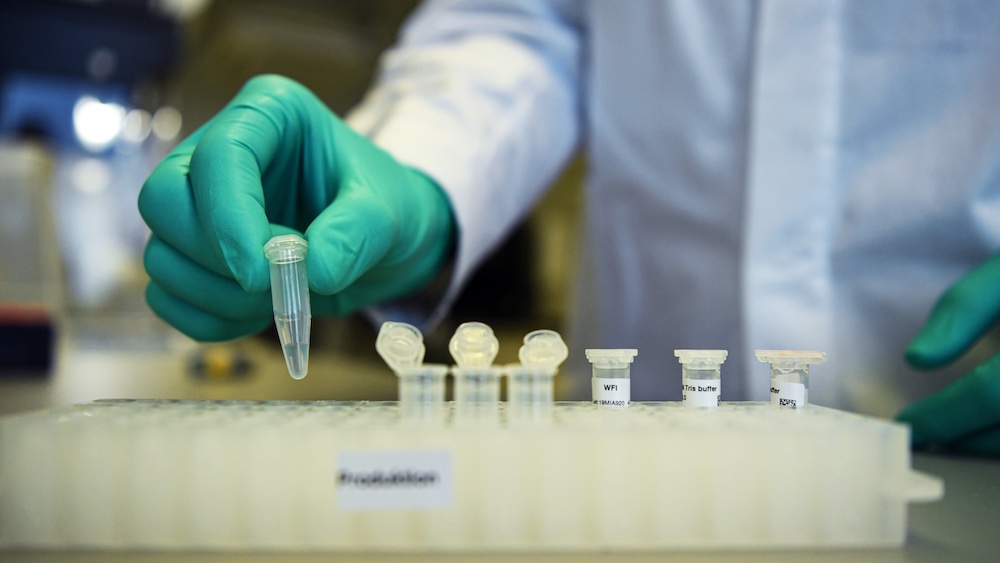 A small biotech company in the German city of Tübingen is one of about 20 companies, institutes, and universities worldwide working on developing a vaccine against COVID-19, the new coronavirus that is causing a worldwide shutdown.

With a staff of 450, CureVac AG is pushing ahead with an innovative, RNA-based method that, if proven successful in the clinical trials planned for this summer, would make it possible to vaccinate hundreds of millions of people within just a few weeks.

Yet on March 15, the German newspaper Welt am Sonntag reported that US President Donald Trump was trying to buy up the company or hire away its scientists so that the United States—and only the United States—would benefit from the vaccine.

From a journalist’s point of view, it’s a good story. For the German government, however, the story is even better: at a time of terrible worries and fears, the CureVac drama provides a perfect narrative of hope, of good against evil, and of solidarity against selfishness. It’s crisis communication at its finest.

Being such a good story doesn’t make it untrue, either, despite energetic denials by Richard Grenell, Trump’s ambassador to Berlin. The German government confirmed the report; CureVac itself issued a half-hearted statement which only denied that an offer for the company as a whole had been made. No mention was made of trying to lure away the scientists working there.

Add to that a curious coincidence: CureVac had come to Trumps’s attention at a White House meeting on March 2, where a number of biotech CEOs outlined their efforts against the coronavirus. One of them was Daniel Menichella, the German company’s CEO, a Harvard-educated American business manager.

Just days later, Menichella was replaced unexpectedly. The shareholders brought back his predecessor Ingmar Hoerr, a co-founder of CureVac. Hoerr is not in good health, so his deputy Franz-Werner Haas will be running the company day-to-day for the time being.

Trump’s attempt to poach the vaccine research outraged German politicians of all parties. The Federal Ministry for Education and Research pointed to the substantial financial support that CureVac had been receiving for its research. The European Commission chipped in with offers of additional credits of up to €80 million.

“Germany is Not for Sale”

Economic Minister Peter Altmaier even raised the idea that Germany could block a foreign takeover because German security interests were at stake. Except that this time, it would be to protect a German company not from China, but from the United States. “Germany is not for sale,” Altmaier added somewhat unnecessarily. Chancellor Angela Merkel said the federal government had gotten involved at a very early stage. The issue had been “solved,” she said.

At a time when all the news seems dark—from the number of infections to the economic fall-out of the crisis—the CureVac story hits a number of spots.

It caters to rising anti-American feelings fueled by anger over President Trump’s policies and attitude and especially over his decision to abruptly close US borders to Europeans without consulting with allied European governments. It also deflects criticism away from Germany’s public authorities, which have not always been up to scratch over fighting the pandemic, either.

The story contains an element of “David against Goliath”—after all, it’s about a small German company facing down demands from the giant United States. In parallel (and perhaps in contradiction, but who wants to squabble?), it’s a battle between billionaires.

CureVac’s main shareholder is Dietmar Hopp, founder of the German software giant SAP and certainly a much richer man than Trump. Hopp immediately promised to keep the company and its jobs in Germany and to make any vaccine available to people all over world. Incidentally, the second-largest investor is the Melinda and Bill Gates Foundation—and Gates will certainly not accept that any vaccine be limited to the US public.

Yet the most potent ingredients in this remarkable story are pride and hope: the pride about having a German company on the cutting edge of the world’s most important research; and the hope that a vaccine available to everybody in the foreseeable future. While it is clear that the process is still likely to take several more months, CureVac and its commitment to Germany and the world still bring a silver lining to the Corona story.