Konrad Adenauer’s policy of West-orientation has been the cornerstone of Germany’s post-war foreign policy. While this tradition has been fading under Merkel, it might soon see a revival. 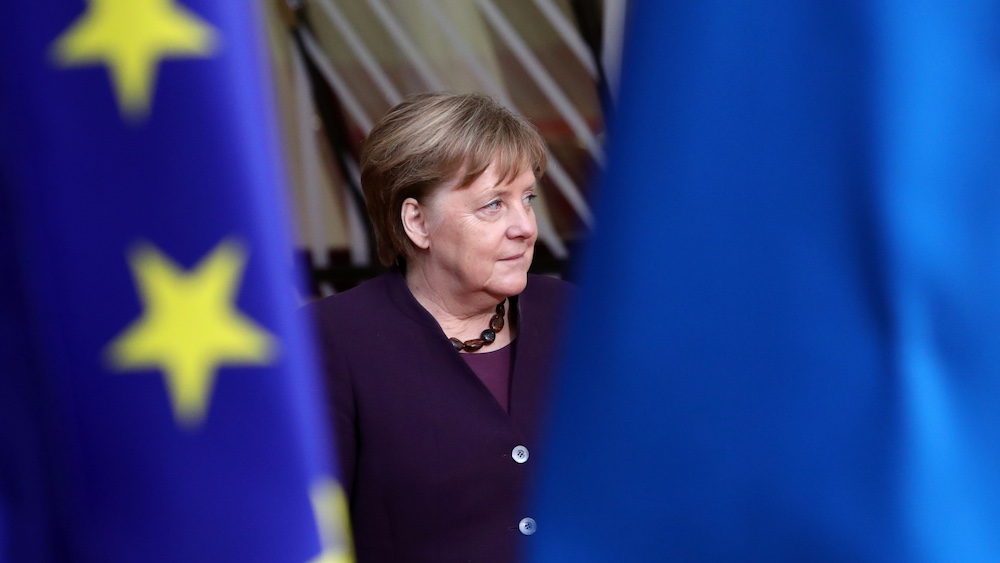 When you go to Berlin and discuss foreign policy, Angela Merkel’s critics and admirers agree on one thing: the chancellor pursues a typically German foreign policy—pragmatic and without any grand design in mind.

Berlin has no geopolitical culture, the argument goes. The sober “country of engineers” generally distrusts grand strategizing. German politicos like to cite the sociologist Max Weber (“Politics is a strong and slow boring of hard boards”) or former Chancellor Helmut Schmidt (“If you have visions, you should see a doctor.”)

Finally, according to this mainstream view, Germany still feels deeply uncomfortable with power politics. Berlin—very much unlike Paris—always prefers reserve to dominance, and cooperation to conflict.

But in politics, as on Instagram, selfies are always lopsided. First, the narrative of Germany’s post-World War II aversion to thinking big and acting bigger isn’t borne out by history.

The key chancellors of post-1945 Germany—Konrad Adenauer, Willy Brandt, and Helmut Kohl—were all visionaries. They pursued a foreign policy driven by a desire to escape their country’s history and geography. The lesson from the past? If Germany with all its power, its dynamism, and its Mittellage—its central position in the heart of Europe bordering nine nations—behaves like a “normal” country, trouble looms.

Solving the so-called “German question” meant two things for German leaders. First, Bonn should withdraw from the “seesaw politics” that saw Germany pivoting between east and west. Instead, Bonn had to be clearly anchored in the West. And second, Germany should equate national with European interest. Indeed, it should be more pro-European than others. When devising national policy, it should always take into account the consequences for its neighbors.

In practice, Adenauer’s policy of West-integration rested on three pillars: reconciliation with France, European integration, and the transatlantic defense alliance NATO. In close cooperation with Washington, Brandt pursued his Ostpolitik—the double-pronged approach of firmness towards the Soviet Union coupled with a willingness for dialogue. And with reunification spurring fears of renewed German hegemony, Kohl turbo-boosted EU integration through the introduction of the euro.

These were no sober pragmatists! To quote Egon Bahr, the former state secretary to Brandt and mastermind behind Ostpolitik, they were like architects “capable of seeing something that does not yet exist,” but should. And they leveraged all their authority and pathos in order to push through their strategic visions against often heavy domestic opposition.

This collective memory of Germany’s foreign policy tradition is fading. And maybe that’s no coincidence at a time when Berlin is drifting away from Adenauer’s politics of West-orientation. In an world increasingly orientated to the East, the chancellor’s unconditional support of Germany’s export-industry has been shifting the country into a new geostrategic position: a global Mitellage.

Early on the chancellor realized that China was not only a rising power, but a savior for Germany’s economy. Throughout her 15-year reign, Merkel has invested much in the Beijing relationship and has visited the country every year. It has paid off. China will in a few years be more important economically for the world’s “export champion” than the United States.

In the growing trade and tech war, the Trump administration is pressing Berlin to side with Washington. But Merkel thinks in terms of issues, not geopolitical blocs and therefore is standing by her China strategy. Her economy minister, Peter Altmaier, even argues that companies from authoritarian China are as trustworthy as those from the democratic United States. Merkel feels no need to rein him in.

Instead, the chancellor is taking on her own CDU lawmakers who are threatening a rebellion over Huawei’s role in Germany’s 5G network; it’s likely the last major struggle of her political career.

And what about Europe’s place in Merkel’s thinking? The chancellor never misses a chance to underline the fact that the EU has brought peace and prosperity to Germany.

Merkel sees the EU as the key instrument to ensuring stability and a multilateral rules-based order on the continent. When revanchist Russia invaded Ukraine, Merkel took the lead and forged the European response. Contrary to Paris, she resists the easy temptation to reset relations with Moscow and champions EU enlargement in the Balkans.

Economically, the EU is Germany’s “life insurance,” as Merkel put it in a recent interview with the Financial Times. The single market and the euro protect Germany’s export industry. Merkel also wants to strengthen the EU, for example by setting global regulatory standards. And she wants to collaborate on industrial policy so that Europe is not left behind in the race for tomorrow’s technology.

Finally, Merkel knows that every insurance comes with a premium. In terms of money, she is willing to increase Germany’s contribution to the EU budget after the UK exit. And in terms of politics, she has tried to accommodate Macron’s zest for action. In 2018 in the so-called “Meseberg Declaration,” Berlin and Paris outlined a European roadmap with some substantial elements.

But contrary to her predecessors, advancing European integration is not an end in itself for Merkel. The country is reunified. The “German question,” many in Berlin believe, is solved. The EU doesn’t need any deepening just for the sake of constraining German hegemony. And contrary to Adenauer or Kohl, Merkel never felt the need to put her career on the line to advance Europe at home.

Like any other “normal” EU member state, Germany is instead free to pursue its national interest within the EU today.  And as nothing in Europe can be done against Berlin’s will, Merkel has the luxury of being able to hesitate, endure conflict, and play power politics at times.

Think of the Nord Stream 2 gas pipeline linking Russia to Germany—the chancellor has no problem ignoring the security concerns of her eastern EU and NATO partners. In the euro crisis, Berlin largely got its way and deflected all criticism. And when deciding on exiting nuclear energy or the 2015 refugee crisis, Merkel did not coordinate her position with Paris. Such unilateralism on issues of European importance would have been unthinkable in the Bonner Republic.

Under Merkel, Adenauer’s policy of West-orientation, the cornerstone of German post-war foreign policy, has been fading. Merkel operates like a portfolio manager, masterfully diversifying risks. If you don’t have a clear winning trade, keep all options open. This is causing Berlin to increasingly drift into a position of equidistance between China and the US.

Of course, this is not all Merkel’s doing. Today, Germany’s export economy has outgrown the West. And the global political framework is evolving. Populists are breaking apart the consensus on policies from trade to human rights that used to define the Western camp. The world is not the same as in Adenauer’s times.

But on Europe, nothing has really changed since Adenauer. Germany is still not a “normal country”—it still lies at the heart of the continent and is today more than at any time since 1945 Europe’s most powerful state. And as with General Motors, what is good for Germany is not necessarily good for the EU.

The three top candidates for the CDU leadership disagree on many things including China. But they all reminisce about the days when CDU chancellors saw it as their job to convince Germans of the need for “more Europe.” Announcing his candidature, Friedrich Merz said “The CDU has to once again become the leading Europe-party in the Federal Republic.” Armin Laschet argued at the Munich Security Conference “in the time of Kohl, the major EU initiatives all came from Germany … you have to summon that courage today.” Norbert Röttgen even penned an answer to Macron’s vision of a “sovereign Europe.”

History had taught Germany’s post-war chancellors that looking beyond the issues of the day and its short-term interests is the only realistic way to overcome the “German question” and the country’s Mittellage. With Merkel on her way out, this line of thinking may be about to see a revival. But before that happens, Germans should update their selfie.