Home Eye on Europe Brexit: Will May’s Gamble Pay Off?

With British politics disintegration and “B-Day” looming large at the end of March, a delay is becoming more likely—but by no means inevitable. 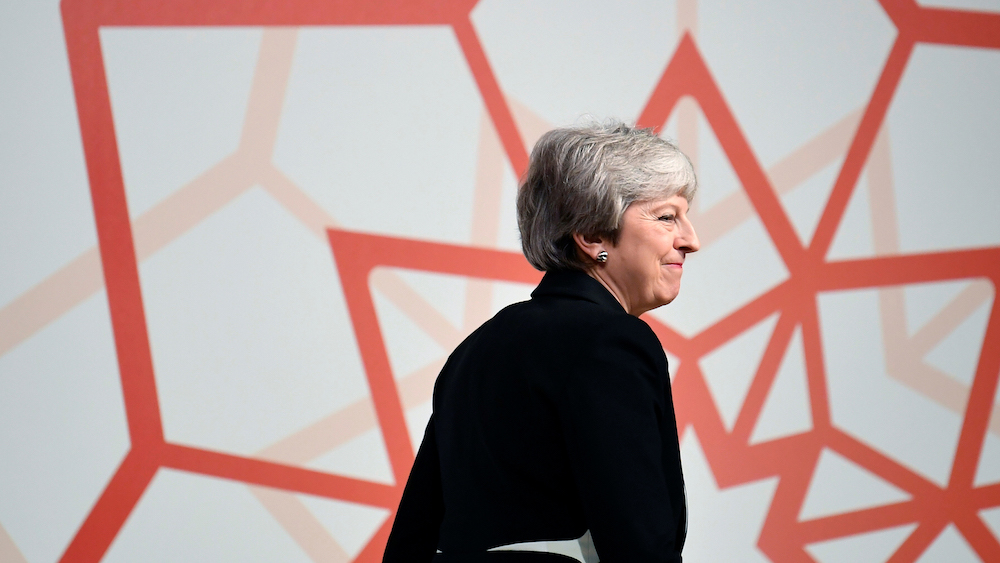 If you were to describe Brexit as a farce, you wouldn’t have to look much further than the latest debacle to hit the British government. £33 million is the sum the Department for Transport has been forced to pay Eurotunnel to settle a legal case over “secretive” ferry contracts. The scramble to secure extra ferry capacity came about because of fears that a no-deal Brexit could affect the supply of medicines. One of those multi-million pound contracts was awarded to a company that had—wait for it—no ships at all. That contract with Seaborne Freight was eventually withdrawn.

These stories, along with the political crisis engulfing Westminster, sum up the state of play in Brexit Britain. Yet the country has somehow to get its act together if it really is to leave the European Union on Friday, March 29 with some kind of agreement.

For this to be even remotely possible, Prime Minister Theresa May still has to get her deal through Parliament. Having lost a vote on her Brexit deal back in January by an historic margin (she was beaten by a majority of 230 votes), May has been doing all she can to run down the clock. This is to force British MPs to accept her deal or face a chaotic Brexit.

But thanks to resignation threats from several government ministers who oppose a no-deal Brexit, Theresa May has had to offer something she really didn’t want to—a possible delay to Brexit. It looks as though she will present her latest deal to Parliament next Tuesday, March 12. If it’s again defeated, MPs will vote the following day on whether they would accept a no-deal Brexit. When that’s defeated (which it surely will be because a majority of MPs do not support leaving the EU without an agreement), they will be asked on the Thursday whether the government should seek an extension to Article 50 of the Lisbon Treaty. If that result is yes and if the EU agrees, Brexit will be delayed. For how long will become the next battle.

The Labour Party, the main opposition, has also been forced to change its position. After months of procrastination its euroskeptic leader, Jeremy Corbyn, is grudgingly backing a second referendum, though it’s not clear exactly what would be on the ballot. This turnaround is in part down to the decision by eight of his own MPs, all of whom support a “People’s Vote,” to jump ship and form a breakaway formation, The Independent Group. As soon as the referendum pledge was confirmed, one of those MPs told me, “With Corbyn, always read the small print: terms and conditions most probably apply.”

Those eight Labour MPs have since been joined by three Conservatives, making Theresa May’s minority government a little smaller. In fact, even though The Independent Group isn’t yet a political party, one recent poll had it on 18 percent. Over these hectic past few weeks, Brexit has been changing the political dynamic in Westminster even more dramatically than usual.

But before you start to think a delay to Brexit and a second referendum are all but inevitable, think again. While nobody can predict with any certainty what the final outcome will be, there is an increasing chance that Theresa May could yet get her revised Withdrawal Agreement through Parliament. Why? Because the threat of a delay to Brexit, coupled with Labour’s move toward backing some kind of referendum, may well focus minds.

Some of the hard Brexiteer Tories in the European Research Group, including its leader Jacob Rees-Mogg, seem to be softening their resistance to May’s deal. Their main source of contention is over the so-called Irish backstop—an insurance policy included in the agreement to avoid a hard border between Northern Ireland and the Republic of Ireland. Pro-Brexit MPs hate it because it could place the whole of the UK in a Customs Union with the EU, while also forcing Northern Ireland to abide by stricter rules.

They want legally binding changes to the text that would either remove the backstop or at least give it a time limit. So far, Brussels has refused to reopen the agreement. But there is talk among Brexiteers—including those 10 Northern Irish DUP MPs who prop up May’s government—that they would consider accepting another form of mechanism to ensure the backstop is temporary.

But even if the government’s chief legal adviser, Geoffrey Cox, can persuade Brussels to add a codicil or appendix to the agreement, what could it possibly say that would keep all sides happy? Nobody there wants to threaten the Good Friday Agreement that brought peace to Northern Ireland more than 20 years ago. And Brussels’ allegiance must lie with Dublin, not London.

Despite the Brexiteers’ warmer words, the British prime minister must surely know by now that she can’t rely on them. Some would be quite happy to leave the EU with no deal in place. So in the time that’s left, May will continue to reach out to the more moderate members of her party, as well as those Labour MPs who support Brexit or at least feel they must honor the 2016 referendum result.

Jeremy Corbyn could probably live with some of his Labour MPs backing the deal. For him, that would at least reduce the likelihood of a second referendum, which he has been forced to back reluctantly. There is still a possibility that the party could support May’s deal, or at least abstain, allowing it to pass in exchange for a new referendum that would include the option to remain. But helping May get her deal through would not be the euroskeptic leader’s preferred option: if Labour’s top command can ensure the Brexit mess is laid at the door of a right-wing Tory government, so much the better.

There’s also talk of the PM offering Parliament two “meaningful” votes this month on her agreement with Brussels, in order to get her deal over the line by March 29. But time is running out, and even if May does get it through, the British Parliament will still need to put the necessary legislation in place before B-Day.

Each day lost to indecision and political paralysis makes a delay to Brexit ever more likely. Former British Ambassador to the EU Sir Ivan Rogers recently told Der Spiegel that he has been surprised at “the extent of the mess.” Few can disagree with that.