Home Eye on Europe Not Part of the Club

There’s been talk recently about Romania’s relationship with the Visegrád Group, comprising the Czech Republic, Hungary, Poland, and Slovakia. But the chances it will ever become a fifth member are slim. 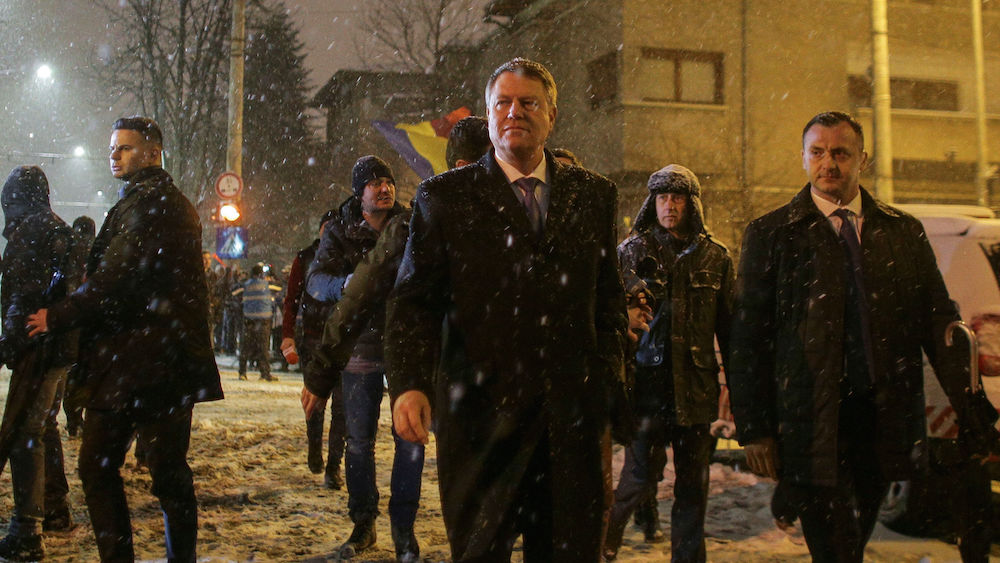 The Visegrád Group has been a topic of discussion in Romania on only two occasions. The first was after it was created, on 15 February 1991. At the time, analysts in Bucharest believed that, because it was not invited to join the group, Romania would end up as a grey area, a buffer between the West and the Soviet Union. It is no wonder that then-President Ion Iliescu used this as leverage to sign a Treaty of Friendship with the USSR, which took place in Moscow on April 4, 1991; no one at the time could imagine that Romania could stand shoulder to shoulder with the V4 states, which had initiated reforms as early as the 1980s.

The second time the topic of the V4 came up was when President Klaus Iohannis rejected the idea of Romania moving closer to the Visegrád Group this year. In a statement issued on October 12, the president said: “In the last year, the Visegrád Group has certain opinions that are very different from our own, and at this time, in my opinion, a rapprochement between Romania and the Visegrád Group is not realistic.” Iohannis made this statement after a visit to the Ford factory in Craiova.

This came after an interview with Hungarian Prime Minister Viktor Orban featured in Romania’s Hungarian language press, in which Orban extended an invitation for cooperation with the V4, but not an offer to join: “The question is what the Romanians want. This is something for them to decide. By launching joint economic projects and setting joint goals in cooperation with the Hungarians, they could also be part of a great Central European success story. The bulk of the entire European Union’s economic growth comes from the Visegrád Four. In a ‘V4 + Romania’ formation, we could find a form of cooperation which would eventually lead to improved living standards, greater security, and better prospects for Romanians in Romania as well. We’re keeping this door open.”

What this illustrates is that, in talking about the future of Romanian relations with the V4, we are dealing with a misunderstanding: Romania does not want to join the V4, and the V4 never invited it to do so. So what is behind the furious debate surrounding this issue over the last few weeks?

The Visegrád Group, or a Orban Viktor Fan Club?

First of all, it should be stressed that the debate today in Romania is not so much about the V4, but more about Orban’s Hungary and its illiberal, euroskeptic model, which is controversial in Romania for several reasons.

For one, there are politicians in Romania who would eagerly emulate Orban’s control over his country’s judiciary. Senate Speaker Călin Popescu-Tăriceanu and the Speaker of the Chamber of Deputies, Liviu Dragnea, are open fans of Orban, but for very personal reasons. Both are under judicial investigation, and both may receive court sentences. It is essential for them to gain control of the justice system and alter legislation to save themselves and their close associates from lengthy prison sentences. The greater part of the magistrate corps in Romania, most of the country’s civil society, a small part of the press (the part not controlled by owners who themselves are in legal trouble), and the European Commission have all opposed any such changes to legislation, and supported the independence of the country’s judicial system. A coalition of this size is hard to defeat, but not impossible, as Orban proved.

In fact, for Romanian politicians who feel stifled by Brussels, Orban is a legend, an outlaw who fights against European bureaucracy. This bureaucracy has disciplined the political class in Bucharest through the Cooperation and Verification Mechanism, meaning that Orban, Dragnea, and Popescu-Tăriceanu have a common enemy – Brussels – but for different reasons.

Romania and the V4 Model

The second problem is what the V4 states have in common. They have an anti-immigration attitude, they accuse the EU of double standards in terms of food safety, they criticize the core states of the EU, and they believe they are persecuted and omitted from the decision-making process in Brussels.

Even if economic nationalism, populism, anti-Soros rhetoric, and anti-Western rhetoric have gained ground over the last year, the Orban model does not hold much appeal in Romania, no matter how much it is promoted by certain politicians. Both Orban and Jaroslaw Kaczynski are expressions of confidence in national authorities over international authorities. For Romanians, it is the other way around: Romanians value Brussels and Washington, and look down on the national political elite. This is a common mindset in Bucharest, where people believe that NATO and EU integration was achieved in spite of the establishment, not thanks to it. The most obvious expression of this lack of confidence in the future of the country is the fact that every year a large number of Romanian citizens continue to emigrate: around 4 million out of 22 million citizens have left Romania in the last quarter century.

The V4 model also has an important ideological component that Romanians reject. In his messages to Romania, Orban has emphasized the threat posed by migrants, the need to defend the eastern frontier, and Romania’s Christian future, expressing the hope that he would be able to collaborate with Bucharest on this basis. Simply reading these messages proves both the inadequacy of Orban’s approach and his lack of knowledge of the country to which they are addressed, a country that is not receptive to such ideological messages.

Romania has never had a close relationship with its neighbors, and has a tense history with some of them, Hungary first and foremost. Traditionally, it has relied on its Western allies, chiefly France and the UK. The institutions instrumental in its foreign and security policy are all Western-oriented – the foreign ministry, the defense ministry, and the intelligence services. In their view, the Russian threat is the greatest danger for Romania. Orban is seen by these power structures as a sort of lieutenant for Putin, with Romania apparently caught in a Russian-Hungarian vice. The influence of these institutions should not be underestimated, especially after the annexation of Crimea, as they have taken decisive control of Romania regional and security policy.

Bucharest has no plan for Romania to join the Visegrád Group; the conditions have not been met for such a plan to make sense. In Romanian public opinion, Hungary is Russia’s Trojan horse in NATO and the EU, and Romanians would have great reservations regarding any attempt to bring Bucharest and Budapest closer together.