The fight about the pipeline was supposed to give Germany cause to rethink its foreign-policy. Instead, Berlin is supporting a project that will hurt its credibility. 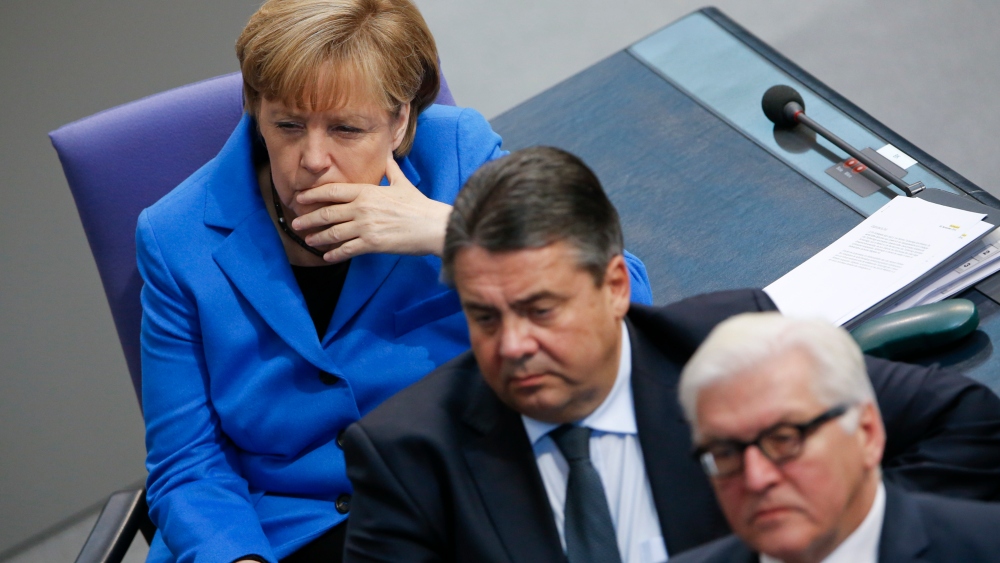 Now that Germany has agreed with France and other member states on new EU regulations for the controversial Nord Stream 2 project, the path for the pipeline to be built seems clear. Nevertheless, the German government is mistaken if it believes that it has satisfied its critics with this deal. Berlin has, from the beginning, underestimated the damage this project would do to its image. Its support for Nord Stream 2 demonstrates how the German government puts the national interest ahead of European and international strategic questions, thereby hurting its credibility in the long-term.

Amid the Russia-Ukraine conflict, and with the help of the Nord Stream 2 pipeline, the discussion about Germany and the EU’s energy independence from Russia has continued to intensify since 2014. The German government claimed for years that this was a purely commercial endeavor. But then in April 2018, at a meeting with Ukrainian President Petro Poroshenko, Chancellor Angela Merkel recognized for the first time that the political factors surrounding Nord Stream 2 also had to be taken into account. By not turning against the project, the German government supported it from the start. Sigmar Gabriel, formerly the economy and energy minister and later foreign minister, assured Vladimir Putin at a 2015 meeting in Moscow that he would personally campaign to have the project under German jurisdiction. While the current agreement does not achieve that, Germany is nevertheless now responsible for negotiating the EU regulations and possible exceptions to them. And yet the objectives and repercussions of Nord Stream 2 go beyond Germany and run counter to German and EU interests.

From a Russian perspective, building Nord Stream 2 is about securing its most important gas market, the EU, with another pipeline. In addition, Nord Stream 2 and Turk Stream are meant to make the Ukrainian transit-pipeline system superfluous, undermining Ukraine’s bargaining position vis-a-vis Russia and punishing it for its pro-EU stance. At the same time, the pipeline gives political Russia, which is closely tied to the economy, another connection to the EU and makes it possible to create dependencies with businesses and politicians on the local and national levels. Big infrastructure projects with European companies stabilize the Putin system because the Russian firms involved in construction are owned by people close to President Putin and generate additional funds with these projects. That strengthens the Putin system, which is based on loyalty through corruption. The economic cost, then, no longer matters.

The consequences for Ukraine are the loss of transit fees worth 3 billion euros a year and, even more importantly, the loss of a bargaining chip against possible Russian aggression. That can have an effect on the security-policy stability of the Sea of Asov and the Black Sea. If Nord Stream 2 is built by the end of the year, the Kremlin could take it as a signal to conquer the land bridge between Crimea and the Russian mainland and further expand its military activities at Ukraine’s southern ports. Ukraine would no longer have a way to exert pressure on Russia. The fact that EU member states are promoting the project also has a psychological effect, as many Ukrainians ask themselves how much support they are really getting from the EU in their difficult situation.

It all raises the question of to what extent the German government truly realizes the strategic consequences of its policy and how the pipeline undermines other elements of its foreign and security policy. If Foreign Minister Heiko Maas wants to be more considerate of central and eastern European neighbors in the framework of his new European Ostpolitik, the support for Nord Stream 2 is a glaring contradiction. If the German government wants to bring peace to the conflict in the Donbass and stabilize and support reforms in Ukraine in the long-term, it is doing exactly the opposite with this policy. If the cohesion of the EU is a strategic goal of Berlin, then it shouldn’t weaken the EU’s Energy Union. Here is a shortage of foresight and strategic depth in a country that has been discussed as the leading power in Europe and promotes multilateralism as Angela Merkel did at the Munich Security Conference recently.

The support for Nord Stream 2 is not primarily governed by a foreign and security policy logic but rather is part of a domestic negotiation process. If the Chancellor needed the SPD’s support for the sanctions against Russia in the context of the annexation of Crimea and war in eastern Ukraine, then Nord Stream 2 was part of an offer of cooperation made to Russia, under the approach: deterrence where necessary and cooperation where possible. The pressure the federal government faced from economy representatives, but above all from states like Mecklenburg-Vorpommern and Brandenburg, seemed to be more important than the security interests of countries like Sweden, Poland, or the Baltic states. In foreign policy terms, the price for this domestic negotiation process seemed to be calculable. But the longer the chancellor tried to sit this project out—in the process helping it succeed—the worse it got.

Of course, the federal government couldn’t have anticipated Donald Trump using Nord Stream 2 as a bargaining chip for a trade deal with the EU and threatening sanctions to extract more concessions for the export of US-LNG to Europe. But to still believe that economic and energy projects could satisfy the Russian leadership, that political change will follow economic convergence, is a sign of a political inability to learn. Despite trade, Russia is waging war in the EU’s direct neighborhood. Despite the exports of oil and gas to the EU, Russia has annexed Crimea, interfered in member-state elections with disinformation campaigns, and systematically destabilized the western Balkans. A strategic partner has become a strategic adversary, one that is using the pipeline to exacerbate transatlantic and intra-European divisions.

The German chancellor’s attempts to get President Putin to keep sending gas through Ukraine after Nord Stream 2 is finished will fail. Doing so would contradict the Kremlin’s strategic objectives of weakening the current Ukrainian leadership ahead of the upcoming presidential and parliamentary elections and keeping Ukraine in its sphere of influence in the long-term. Economy Minister Altmaier will also fail to get Donald Trump to change course by offering to buy more US LNG—Trump is, after all, interested not in Nord Stream 2 but in a new trade deal with the EU. Nor it will be possible to stop the US Congress from sanctioning companies involved in the construction of the pipeline if Democrats and Republicans believe sanctions are in their interest for domestic political reasons. And there is one other key truth: Putin wants this project for the strategic reasons listed above, and he will build it whatever it costs.

If the German government now made a political push to stop the pipeline, the participating companies would take legal action in response to the withdrawal of already approved permits, which could get expensive for Berlin. That’s not to mention the fact that Berlin has no political interest in stopping construction at this point and doing further damage to its relations with Moscow. So Berlin is in a dead-end. Only completing the project can, from this perspective, bring peace and quiet. Is the answer to keep playing for time?

The fight about Nord Stream 2 and the failure of the sitting-it-out policy are symptomatic of Germany’s loss of prestige and relevance on the international stage. The discussions around this project were supposed to give Germany cause to rethink its foreign policy, which currently lacks both vision and long-term strategy. There is nothing less at stake than the question of whether Germany is still capable of leading the EU when it comes to Russia and Eastern Europe policy, and of being taken seriously by Washington on the important strategic questions. Germany and the EU need a long-term strategy for how to deal with corrupt and kleptocratic Russian elites, and for how to integrate into Europe a Russia that is more than Vladimir Putin. For that to work, Berlin needs to be able to negotiate on equal footing, not to support big infrastructure projects that give the current Russian leadership openings to influence and divide the EU. And for that, in turn, it needs to be capable of military action, willing to intervene in the neighborhood and internationally—within an EU or NATO framework if necessary—and to have a clear definition of what responsibility Germany and the EU want to and can take on in this changing world.

There is no more “comfort zone Europe”. The longer that German elites deny international realities and do not seriously work towards a strategic realignment of their policies towards Russia, China, and the US, the more irrelevant Germany and the EU will become in the strategic power competition of the multipolar world order. Russia is a strategic adversary that is trying to weaken the EU from the inside and in its neighborhood. The EU is no longer a development model for the Russian elite; from a Russian perspective it seems incapable of action. Why make concessions to a weak opponent if those concessions help secure the opponent’s financial survival? Now the task of the German foreign-policy elite is to fill the strategic vacuum. The fight about Nord Stream 2 was supposed to be an opportunity to fundamentally rethink things and leave this dead-end. Only a realigned European Union with a Germany that is capable of action will be able to meet today’s global challenges.