Home Eye on Europe For the EU, the Sun Also Rises 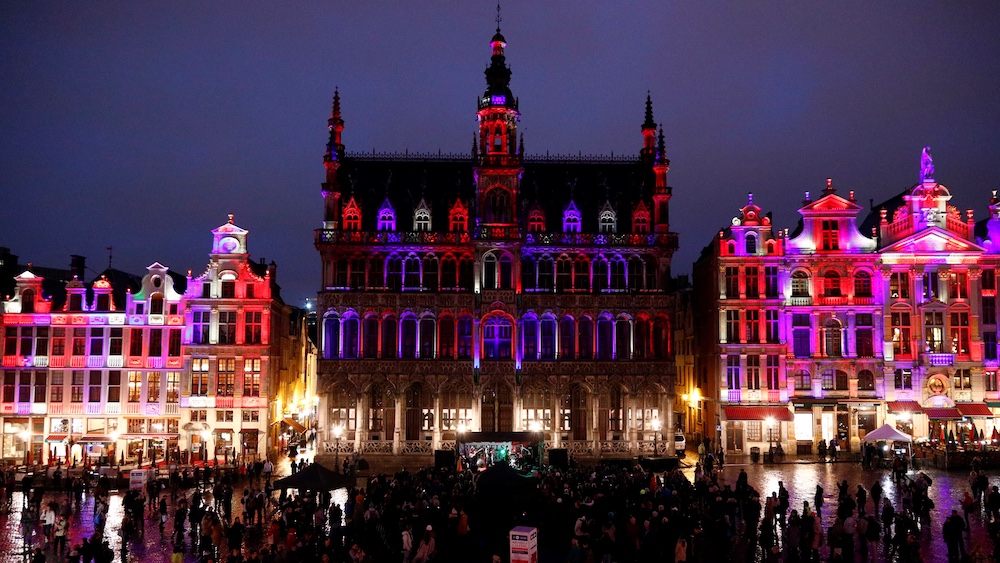 “We know very well the sun rises tomorrow and a new chapter for our union will start,” European Commission President Ursula von der Leyen said wistfully in a speech on Brexit Day. “With it comes a once-in-a-generation opportunity to make sure the EU leads the way.”

Standing aside European Council President Charles Michel and European Parliament President David Sassoli in Brussels, von der Leyen and her cohorts were keen to stress they were here to talk about the EU, not about the United Kingdom. On the previous day, the three had held a retreat at the Jean Monnet House in France to talk about their visions for a post-Brexit EU. More specifically, they were discussing how they want to organize the upcoming Future of Europe conference.

They reiterated their insistence that in order for the UK to have access to the EU’s single market, it cannot diverge from EU rules, but that was it. They let a joint op-ed in European newspapers today more fully explain their negotiation position.

Today was not a day to focus on the future EU-relationship, but a day to talk about Europe, and what might be possible now that the UK is leaving. “It’s an exceptional day for the EU, and we have mixed feelings,” said Michel. “It’s never a happy moment when someone leaves, but we are opening a new chapter. And we will devote all our energy to building a stronger and more ambitious EU.”

No More Holding Back

Ambitious is the key word. In Brussels, there has long been a feeling that the UK has held the EU back from taking the measures that would make it a more powerful force in the world. This has always particularly irked the French. Now, with the British leaving, things are possible that weren’t possible before. And French President Emmanuel Macron wants to push forward with them.

The UK had always blocked attempts to create a defense role for the EU, fearful it would be in competition with NATO. With the UK leaving, work on creating a “defense union” for the EU has already been ongoing for over a year. EU enlargement—always pushed by London, but resisted by Paris and Berlin—has had the brakes thrown on. It is only a matter of time before Turkey’s EU accession bid, pushed for so long by London and Washington, will be officially ended. Endless enlargement dilutes the ability of the EU to be a strong unified bloc, Paris and Berlin believe, and would turn it into nothing more than a free trade area. This, of course, is what London always wanted—hence why they pushed expansion.

Rather than believing that Brexit portends the end of the union, many in Brussels think the experience of the Brexit negotiations over the past three years has put the wind in Europe’s sails. Contrary to expectations, the EU27 showed remarkable unity throughout, with not a single member breaking ranks to conduct bilateral negotiations with London, despite the most intense efforts on the part of the UK.

Across Europe, polling has shown that the percentage of Europeans who want their country to leave the EU has plummeted since the Brexit referendum as Europeans have watched the car crash of Brexit. Polling shows there is no country in the EU in which anything close to a majority of people want to leave.

“Within these three-and-a-half years there was a very precious experience made by the EU27,” von der Leyen said. “The experience of how much unity counts, how strong we are in unity—way more than each single country would have on its own.”

So now, what to do with that momentum? The leaders acknowledged that though the idea of other countries leaving the EU is not a winner with the public, they are also skeptical of the idea of a stronger EU. The idea of the Future of Europe conference, which is set to start in May with citizens agoras hearing from people about what they want from the union, is to both take on citizens’ desires and communicate to them the benefits of a strong sovereign Europe.

“We have to work to make sure Europe is better loved among citizens,” said Michel. “Our concern is going to be to stop using jargon, to cut down red tape. We have the digital agenda, the green deal, and on security we will defend our values. On top of that we need the right methods to implement our short and long-term plans.”

“It’s essential in the future to take much more into consideration the expectations of the citizens, and it’s also important to explain what’s the daily added value of this political project,” he added.

Skeptical Forces from Without and from Within

European Parliament President David Sassoli acknowledged that it isn’t just the British who are skeptical about the idea of a stronger EU. There are strong forces trying to disrupt the European project—forces from without, and forces from within.

“Why are so many people working so hard to break up the EU?”, he asked. “That is the question. Because within our countries, too, there are certain people who are trying to run with this torch. There are groups, forces who are trying to weaken the EU, but what’s their agenda?”

“We want proper rules to govern this European dimension. You can defend the more vulnerable when you have rules. In the absence of rules, it becomes the jungle. Might becomes right. But there are those who want to defy us because they are afraid of a rules-based world.”

Michel agreed. “When we are together and united, when we share a common approach, we are a real political and economic force, believing in personal dignity. These are the values that underpin the European project.”

The question now will be convincing the citizens of a post-Brexit EU that these values are worth fighting for.