In the past, the dominance across Europe of Angela Merkel’s center-right EPP made sorting the EU’s top jobs easier. Now, with a more splintered European Parliament and Council, appointing the EU’s presidents may involve a protracted fight between countries, political groups, and EU institutions. 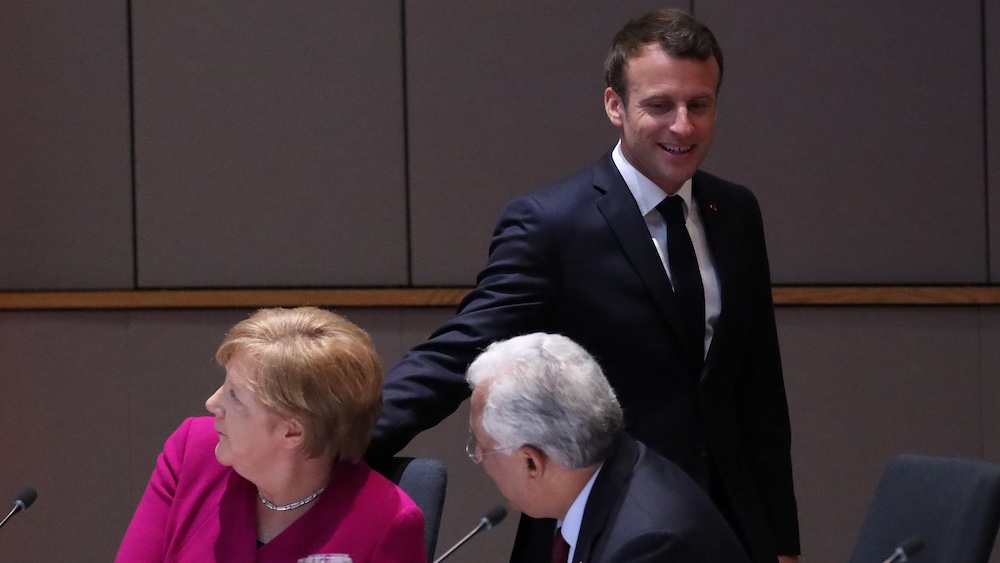 Angela Merkel and Emmanuel Macron don’t fight often. But when they do, it’s a clash of the titans. Last night’s post-election EU summit, called to start a discussion over who will replace Jean-Claude Juncker as European Commission president, may have been the beginning of an almighty battle over the EU’s most powerful position.

The first conflict is a political one. Merkel is staunchly backing her center-right European People’s Party nominee to be the next president, Manfred Weber, saying the EPP should get the presidency because it won the most seats in the election. Macron says this is nonsense, pointing out that because both the EPP and the center-left Socialists & Democrats (S&D) lost many seats in the election, they no longer have a German-style “grand coalition” majority in the European Parliament. They will need the votes of the Liberal ALDE group (which Macron just joined) and possibly also the Greens.

There is still lingering resentment against the EPP for using their dominance in the Council and Parliament in the last elections in 2014 and 2009 to take all the spoils for themselves. Currently the presidencies of all three of the EU’s lawmaking institutions are held by EPP members. The commission presidency has been in EPP hands for 15 years. The council presidency has been held by the center-right since it was created in 2009. Pedro Sanchez, the newly emboldened Spanish prime minister who is now the unofficial leader of the center-left in Europe, says it’s time for the Socialists to get a turn. He backs the S&D candidate Frans Timmermans.

Not so fast, say the Liberals. It was, after all, the Socialists that put the EPP in power all these years through their “dirty deal” in propping up the grand coalition. Margrethe Vestager, the Liberal candidate, told journalists Sunday night that the voters have rejected this EPP-S&D alliance and gave “a signal for change.” Unlike the grand coalition, the Liberals gave gained seats in the parliament. And currently they have nine of the 28 seats in the European Council—a far cry from the three they had in 2014.

The numbers matter because the Commission president nominee will need the support of a qualified majority vote in the Council—with each country’s vote weighted based on its population. The EPP is currently tied with the Liberals with nine seats, while the S&D has five.

The fault lines aren’t only political. There is also a larger battle over the use of the Spitzenkandidat system for choosing the Commission president.

The EU treaties stipulate that the president is to be chosen by a qualified majority vote in the council, “taking into account the results of the European elections.” In 2014, the European Parliament decided to take an ambitious interpretation of this and design a system where each political group would nominate a presidential candidate ahead of the elections. The candidate of the group that gets a majority of public votes, or failing that, can command a majority of votes in the parliament through a coalition, becomes president. The idea is to make the EU executive more democratically accountable.

The system was partly designed by Martin Selmayr, now secretary general of the European Commission (but at the time chief of cabinet for Luxembourg’s commissioner Viviane Reding). And it was, critics say, always a Machiavellian plot to get his candidate Jean-Claude Juncker automatically appointed.

The national leaders in the council, including Merkel, opposed the process during the 2014 campaign and said it would be up to them and them alone to determine the commission president. But following the election, they lost their nerve. Merkel in particular was subject to a barrage of pressure from the German media to “honor the democratic will of the people” and vote for Juncker. Critics pointed to the fact that Selmayr has deep connections in the German media as the likely source of the pressure campaign.

In the end only Viktor Orbán and David Cameron, who had been warning the leaders during the campaign that they were sleepwalking into a trap to surrender their presidential appointment power, voted against Juncker.

By the EPP, For the EPP?

This time around, Macron has been the loudest voice against the system. That might seem odd, given that he has called for more democracy in the EU. But he opposes the methods of this Spitzenkandidaten system, which he says was designed by the EPP for the EPP. He says the system can only work if transnational lists are created, so voters can actually see the names of the “lead candidates” on their ballots. The EPP blocked an attempt to create this system last year.

If few people are aware that their votes for local parties in these European elections translate to a vote for a particular candidate for commission president, then the exercise isn’t really democratic, Macron says. He has said he would like to see Michel Barnier, currently the EU’s chief Brexit negotiator for, become the next commission president. Barnier is from the EPP, but he is also French. For Macron, it would appear the former trumps the latter (more on this below).

But a strong majority of political groups in the European Parliament have said they will only back someone who was running as a Spitzenkandidat, which Barnier was not. He was, however, running a kind of stealth campaign in the past month, giving speeches across Europe and behaving as a candidate even if the official nominee of his party was Weber. Barnier could not actually run for the EPP’s nomination last year because he was busy with the Brexit negotiations. He had run in the EPP’s primary for the 2014 election, but lost to Juncker.

If the council were to nominate a non-Spitzenkandidat such as Barnier, it would set up an institutional showdown with the parliament. If nobody blinks, the stalemate could last for months—during which time Juncker would continue as caretaker president.

That Macron is so willing to shed his political objections to the EPP maintaining a lock on power for the prospect of a Frenchman becoming president reveals that nationality may still be the most important factor here. The horse-trading over top jobs has always been as much about countries as it is about political affiliation.

The last two presidents—Juncker from Luxembourg and José Manuel Barroso from Portugal—were from small countries and therefore seen as a compromise between France and Germany. Before them was Romano Prodi from Italy—not exactly a power player on the European stage. The last president from France or Germany was Jacques Delors 30 years ago.

A lot has changed since then, and smaller countries are wary of having a president from the two dominant countries. This may rule out both Weber and Barnier. Timmermans, from the Netherlands, could be reassuring for them. Vestager, from Denmark, may be even more reassuring. Denmark is not in the eurozone, which may make her an attractive prospect to other non-eurozone countries who think she would safeguard their interests and make sure they are not relegated to an outer tier of decision-making. On the other hand, there will be plenty in the eurozone who say it would be inappropriate for a president to be from a country that does not use the common currency.

With three intersecting planes of power conflict, this does not look like it will be an easy riddle to solve. And yet the leaders said Tuesday night that they want to nominate a president at the next European Council on June 21. That would be before the new parliament meets for the first time in early July. They have tasked Council President Donald Tusk with working with the parliament over the next weeks to determine by then who can survive a majority vote. But that may be difficult to ascertain before the MEPs have even arrived in Brussels and the new political group alignments are clear.

Tusk told journalists that if the parliament hasn’t chosen a candidate they can support by June 21, the council will go ahead with its vote anyway. If that were to be the case, it can be assumed they would feel no pressure to appoint one of the Spitzenkandidaten.

At the 2014 June council, Tusk was appointed as council president alongside Juncker’s nomination. He no doubt is hoping for a similarly speedy process this year. But 2019 is looking like a very different sort of top jobs contest.