Germany’s Greens came to be the big winners of the European elections—by cornering the young vote. 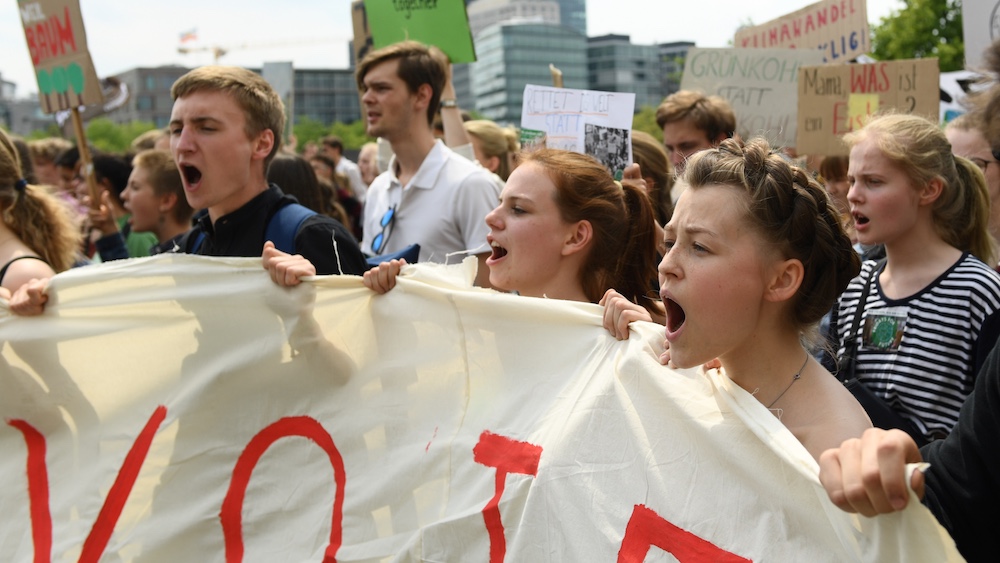 For Germany, the European elections on May 26 offer three particular insights: First, in this rapidly ageing country, politics are becoming generational, pitting the young against the old. Second, the rise of the Greens and the decline of the Social Democrats, the country’s oldest democratic party, is happening faster and faster. Third, given the sharp losses incurred by Angela Merkel’s conservative bloc, the GroKo—the country’s grand coalition (Grosse Koalition) of Christian Democrats and Social Democrats—is in for times of high tension and uncertainty.

In today’s Germany, the Greens at 20.8 percent have become the second largest party, leaving the SPD far behind. In comparison to the last federal elections in 2017, a total of 1.5 million Social Democratic and 1.2 million conservative voters went over the Greens, setting historic records all around. The most important aspect, however, of this shift is the generational divide that is opening up: Chancellor Angela Merkel’s CDU/CSU and the Social Democrats are for old people; the Greens attract the young. Among 18- to 24-year olds, every third voter opted for them on Sunday; informal polls in schools give them an even higher percentage with teenagers.

The fear of climate change and worsening damage to the global environment is the biggest single reason for this shift. 2018 was an extremely hot and dry year in Germany, bringing the reality of climate change home. Merkel, who was once known as the Klimakanzlerin (climate chancellor), has had to admit that Germany will not reach the emissions goals her government has set. Reports about the extinction of ever more species on earth and about plastic trash found in the deepest parts of the ocean and on the most remote islands have added to the shock.

Add to this the powerful effect of Greta Thunberg’s Fridays for Future movement. The political drive started by the 16-year old Swede brings tens of thousands of school children to the streets every Friday to call for action on climate change. Rarely has a political issue so explicitly set the young against the old. Germany’s established parties have painfully learnt that their paternalistic first reaction—a pat on the back for young people getting engaged in politics—did not go over all that well.

Catering to the Old

It’s not just about climate change, either. Both the Social and Christian Democrats are old parties, with an age average of members of 60 years, and GroKo policies cater largely to this public, delivering benefits worth tens of billions of euros to pensioners. Whereas pensioners have seen their income rise by more than ten percent since the financial crisis of 2007, young people’s income has mostly stagnated. Low earnings and uncertain jobs translate into a much higher risk of poverty for the young. Yet Merkel’s coalition continues to squabble over how to dole out more money to the old.

It’s not just content, its’s packaging, too. It became painfully obvious just how out of tune the Christian Democrats are with digitalization and social media when, in the run-up to the election, a YouTuber called Rezo got millions of people to watch him ranting against the CDU. Merkel’s successor at the helm of the party, Annegret Kramp-Karrenbauer, didn’t quite seem up to modern times when she responded with an eleven-page PDF (!) document.

The Greens aren’t exactly spring chickens, either; the average age of their members is 50. But not only do they manage to come across as hip and successful—a group you would like to join—but their competence, the environment, has made a huge comeback. The Greens also have a clear-cut, positive message about EU integration and about immigration, which gave them a forceful European message for the election campaign. This has translated into enormous credibility: a staggering 57 percent of all voters in Germany, according to pollsters infrastest dimap, say that the values that are important are represented by the Greens.

Interestingly enough, the right-wing populist Alternative für Deutschland (AfD) had a similarly clear if euroskeptic message which gained them a solid 11 percent of the votes overall, but with much stronger results in the formerly communist east, where resentment and xenophobia run high. But overall, Manfred Güllner from polling institute Forsa said, the AfD was likely to have reached the limits of its potential with voters susceptible to extreme right-wing ideas.

Yet even with the AfD plateauing, German politics will be far from stable over the coming months. The CDU, badly shaken by registering a result below 30 percent, may be feeling the pressure to replace Merkel as chancellor sooner rather than later–possibly not even with Kramp-Karrenbauer, who has lost a lot of her initial glow. Still, in comparison to Merkel’s junior partner in government, the Social Democrats, Merkel and Kramp-Karrenbauer are all laughs.

For the SPD, the European elections represent a terrifying realization: they still haven’t hit rock bottom. From 27.3 percent five years ago, they have fallen to 15.8 percent, which means that they have lost their position as runner-up to the chancellery and power broker to the Greens. Even more humiliating was the result in Bremen, Germany’s smallest federal state, which on the day of the European elections also voted for a new state parliament. For the first time since World War II, the SPD came in second, leaving the lead to the CDU candidate, a blunt entrepreneur with little political experience.

Such a defeat would under most circumstances make changes at the top of the party inevitable—were it not for the fact that the SPD has been using up leaders at alarming speed anyway. Current head Andrea Nahles is the eight party leader to try to get the better of Merkel’s CDU. Any potential successors may also find it convenient to keep Nahles in place until the fall, so that she can take the blame if the SPD gets battered in another round of regional elections.

Losers may try to cling together to avoid collapse; or they can trample each other in the scramble to reach firmer land. In the immediate aftermath of the European elections, Angela Merkel’s grand coalition appears to be choosing the former. But as the SPD gets more and more desperate, and as the CDU’s fear grows that it may be entering a similar downhill path, all bets are off. It will be interesting times for German politics.