Home Eye on Europe Europe’s Grand Coalition Is No More

For the first time in the history of the European Parliament, the two dominant centrist parties will not have a majority of seats. Now begins a week of intense talks to form a majority coalition and decide who gets the EU’s top jobs. 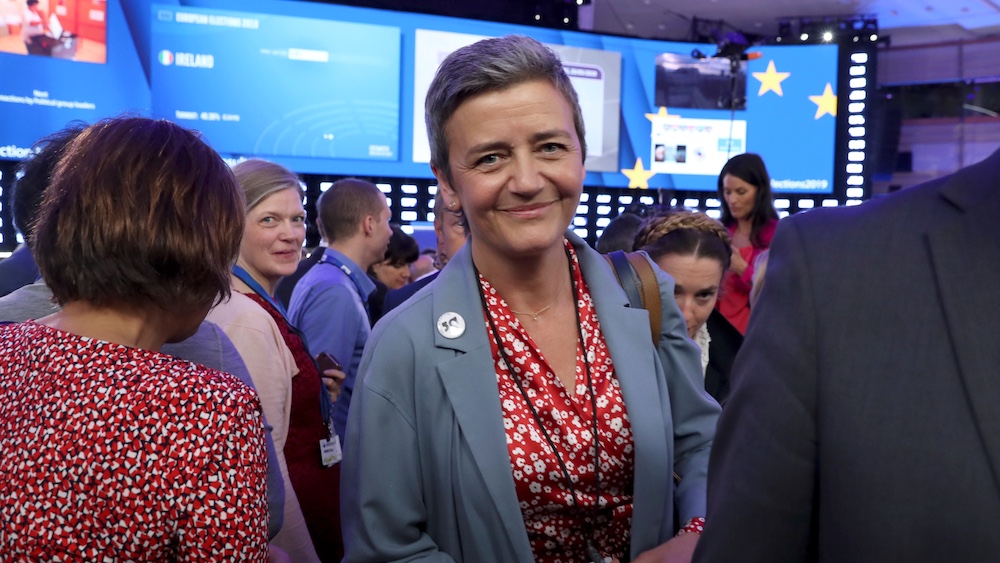 It’s the end of an era, Liberal lead candidate Margrethe Vestager told journalists at the European Parliament last night. Voters in this year’s European election have given “a signal for change,” she said.

That signal was not, as some had predicted, a vote for anti-EU populist parties. In the end, their share of seats in the European Parliament—about one third—will remain roughly unchanged from their share in the previous term, although they did see a surge in Italy. The signal, however, was the end of the lock on power enjoyed by the two main parties, the Christian Democrats and the Social Democrats, in the remaining two thirds of the parliament that is pro-EU.

The center-right European People’s Party (EPP) and center-left Party of European Socialists (S&D) were dealt a punishing blow by voters, each losing around 40 seats. That means that for the first time in the history of the European Parliament, their combined seats will not together be enough for a majority.

The implications of this are less severe than in national elections, where that majority determines who forms the government. But it will have a big impact on how the parliament works over the next five years, and in the short term its biggest impact will be on the appointment of the new European Commission president.

Frans Timmermans, the Socialists’ candidate to become the next president, said last night that he wants to form a “progressive alliance” with the Liberals and Greens, both of whom had a successful election and have increased their seats. The Greens had a particularly good night—the only European political family that defied expectations and came higher than polls had predicted.

What concessions either of these parties will ask for from potential coalition partners will become clear in the coming days. But they will have to act fast in order to flex the parliament’s muscle in the presidential selection process, which will begin tomorrow night at a summit in Brussels where national leaders will discuss who should be given the EU’s top jobs over the next term.

For the first time in 20 years, turnout in the European Parliament election has surpassed 50 percent. That’s up almost 10 percentage points from the last election in 2014. Given that turnout has decreased in every election since they started in 1979, it signals that recent crises such as Brexit, asylum and migration, and threats from US President Donald Trump have made people aware of the importance of the EU to their lives. Even if they don’t like what the EU is doing, the increased turnout shows a greater willingness to engage with the EU’s democratic process.

That fact will be used by the parliament over the coming days to insist that EU national leaders stick to the Spitzenkandidat system—only selecting one of people put forward as lead candidates for European Commission president by the six political groups. Meanwhile, internally, there is already political jostling in the parliament to determine who “won” the election and will triumph in Europe’s game of thrones.

Manfred Weber, the EPP’s candidate, is already claiming that he is the winner because, even though it is greatly diminished from its previous dominance, his party still won the most seats. “As the biggest group, we have the right to take leadership,” he told journalists on Sunday night.

But the other groups have scoffed at this, with PES candidate Frans Timmermans pointing out that his group is close behind the EPP—much closer than in the previous term. The liberal ALDE group, which it was announced yesterday will include Emmanuel Macron’s La République En Marche MEPs, has issued a statement pointing out that no candidate has achieved a majority. “We would be extremely vigilant about any attempt to bypass the necessary negotiations between the democratically elected stakeholders, as it would be extremely harmful to the transparency and accountability of the European democratic process,” they said.

The leaders of all the parliament’s groups are set to meet on Tuesday, ahead of the national leaders’ summit later that night, to agree on next steps. They hope to issue a joint statement that will put pressure on national leaders to only nominate one of the Spitzenkandidaten.

That will be a big ask because many national capitals reject the process. French President Emmanuel Macron is particularly opposed, as he believes the right to nominate a president should be the exclusive domain of the European Council of 28 national leaders. But national leaders backed down and surrendered to the new process in the last election when it was used for the first time in 2014, so they very well may back down again.

The next days will be crucial in determining not only the EU’s top jobs, but also the future power dynamics of the parliament.