Home Eye on Europe The EU’s Game of Thrones

Why Germany might end up getting the presidency of the ECB instead of the European Commission. 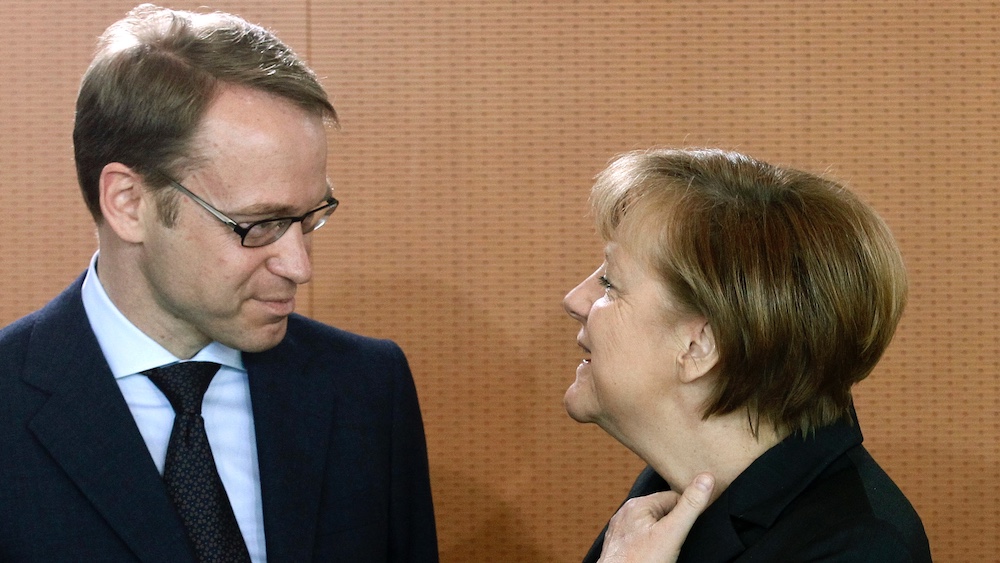 At best, Angela Merkel sounds lukewarm when she praises her party’s Spitzenkandidat, or lead candidate, for the European Parliament elections.

“Manfred Weber will be a good president of the European Commission because he stands for a people’s Europe in which national and European identity aren’t in contradiction,” Merkel said at a campaign rally in Zagreb on May 18—one of only two appearances that Germany’s chancellor was willing to put in for Weber.

Still, until election day, Weber can be certain of Merkel’s support. Even when the polls will have closed on May 26, she will stand by him. Crunch time won’t come until two days later, when the EU’s heads of state and government assemble in Brussels to decide who they want to nominate for the presidency of the next European Commission and other EU top jobs.

With this early meeting, national leaders hope to regain the upper hand of nominating the commission president. The European Parliament, which has insisted that it will accept only a successful Spitzenkandidat, will simply lack the time to build effective alliances.

“I call a special #EUCO on 28 May to start the process to nominate the next leaders of the EU institutions,” Donald Tusk, the current president of the European Council, announced by tweet in early May. “This should be swift, effective and in accordance with our Treaties. If consensus proves difficult, I will not shy away from putting these decisions to a vote in June.”

Despite Tusk’s words, the May summit promises to be long and intense, an interplay of front-stage drama and backroom negotiations, with plenty of arm-twisting thrown in. Up for grabs are four Brussels top jobs: the presidents of the European Commission, of the European Council, and the European Parliament as well as the EU’s top diplomat’s slot. And if that wasn’t complicated enough, the European Central Bank (ECB) also needs a new president—arguably the most powerful post of them all.

Merkel likes Weber as a person; she appreciates his calm and conciliatory attitude as well as the expertise in EU power games he has gained over 15 years in the European Parliament. At only 46, Weber has succeeded to get himself nominated as Spitzenkandidat of the European People’s Party, the oldest and largest group in the European Parliament that brings together Christian Democrats and conservatives from across the EU. And Merkel has publicly stated that as a good member of the EPP, she will stand up for Weber.

Yet EU arithmetic says that no country can aspire to more than one top job at a time. Nationality counts first, but geographic balance also needs to be respected between east and west, south and north, and at least one position has to be filled with a woman. Merkel could decide to really push Weber as the first German president of the European Commission in over 50 years. Alternatively, she could go for the ECB presidency, which comes with an alluringly long eight-years term.

It’s a post that Germany has coveted since the inception of the euro and never got, despite being the eurozone’s largest economy. In 2011, then head of the Bundesbank Axel Weber was tripped up by the Greek crisis. In came Mario Draghi, later nicknamed Super Mario, who kept Greece in the eurozone and saved the common currency by promising to do “whatever it takes.”

Eight years on, Jens Weidmann, the current president of the Bundesbank, is warming up to succeed Draghi. Weidmann, 51, has conspicuously softened his stance on monetary support policy for weaker eurozone economies. Where he once opposed instruments like quantitative easing or the purchase of sovereign bonds and harshly criticized the ECB’s low interest rates, Weidmann now points to continuing downward pressure on prices to justify loose monetary policy, at least for now.

Recently, the head of the Bundesbank was endorsed by outgoing Commission President Jean-Claude Juncker, who said that as “a convinced European and experienced central banker,” Weidmann was suitable for the office of ECB president. Italy, once a fierce and powerful opponent of Weidmann, also seems to be coming around. Economy Minister Giovanni Tria said in early 2019 that there was no reason to focus too much on earlier positions as both the world and people changed over time.

Most importantly, Weidmann is close to Merkel—prior to the Bundesbank, he spent five years in the chancellery as her economic adviser. It is conspicuous, too, that her government has not nominated any German candidates to important European banking jobs recently. Clearly, Berlin did not want to jeopardize Weidmann’s chances at the ECB.

Germany has no obvious candidates for the presidencies of the European Parliament, the European Council (Merkel has strongly denied any personal ambitions), or the EU’s foreign affairs representative. But even with only two German candidates competing for jobs, the outcome of the coming EU summit is highly uncertain.

Weber has annoyed Merkel with his opposition to the Nordstream 2 pipeline and to the accession talks with Turkey, so how far will she be willing to go to push for his nomination? There is also the fact that France’s President Emmanuel Macron is fiercely opposed to the Spitzenkandidat system and may be willing to trade his support for Weidmann at the ECB against Merkel’s help to get French Commissioner Michel Barnier appointed as president of the Commission.

Then again, even without the United Kingdom, there are still 25 other national leaders who will demand their say, creating some impossible-to-predict summit dynamics. It’s conceivable that neither German will get anything, or that there is no agreement and that Tusk will have to call another summit.

Only one thing seems reasonably certain, and that is a political paradox: the more is talked about Merkel shifting her support from Weber to Weidmann, the less she can afford to do so—and so the less it is likely to happen.