Home Eye on Europe Eurovision 2018: Who’s In and Who’s Out

Russia is out and China can’t air the program. Political, ethnic, and cultural tensions have taken center stage this year’s Eurovision Song Contest. 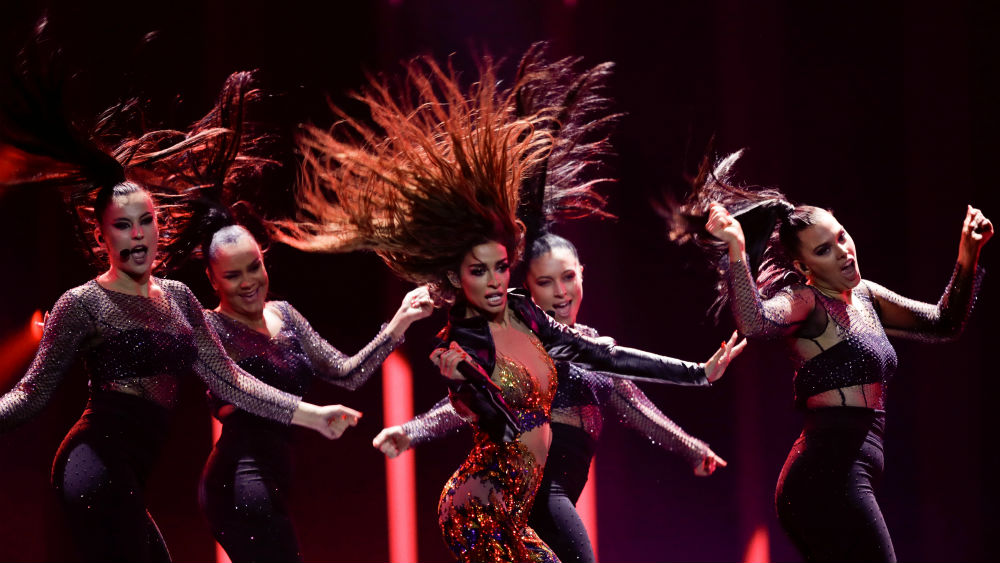 On Saturday night, as viewers around the world tune in for the grand final of the Eurovision Song Contest, the most interesting thing may be who isn’t there.

After a national scandal involving a famous Greek pop singer pretending to be Mexican, Greece has failed to qualify for the final. After fielding an entry likely intended as a political ploy in a dispute with Ukraine, Russia has been eliminated from the contest. And after refusing to air the Irish and Albanian entries during this week’s semi-final, China has been banned from airing the contest.

Every year dozens of European countries field a song for the competition, with the winner hosting the following year’s contest; Eurovision has been in equal measure delighting and irritating audiences for six decades. But over the past 18 years it has exploded in popularity, with viewers across the world making it the most-watched live television event in the world, surpassed only by the World Cup. Some 200 million people are expected to tune in this year.

Since the countries formerly behind the iron curtain joined the contest in the late 1990s, it has been split into three separate shows to accommodate the 43 contestants (and avoid a six-hour long program). Countries are eliminated during two rounds of semi-finals the week before the contest. The “big five”—France, Germany, Spain, Italy, and the UK—do not have to face elimination in the semi-finals because they pay the most for the contest.

Eurovision has always been fairly political, but this week’s semi-finals developments shocked many viewers and participants.

Going into Saturday’s final, Cyprus’ entry Fuego, sung by Eleni Fourera, has emerged as the favorite to win. The catchy pop tune and Beyoncé-style hair flipping in Tuesday’s semi-final thrust it ahead of Israel’s entry Toy, which has been plagued by staging problems.

Fourera is not Cypriot. In fact, she has no real connection to Cyprus. The country doesn’t have much in the way of a domestic pop music industry and imports music from Greece instead. As a consequence, Cyprus’ Eurovision entries are often Greek.

Fourera is one of Greece’s hottest pop stars of the moment, but she is not ethnically Greek. She was born in neighboring Albania as Entela Fureraj, and her parents moved to Greece when she was seven. But because of hostility toward Albanians in Greece, she claimed to be Mexican and changed her name to Fourera when she joined the Greek girl group Mystique in 2007.

In 2013 a Greek newspaper outed her as a secret Albanian, and eventually she acknowledged her heritage. With nationalist sentiments flaring in Greece, she did indeed face the backlash she feared. And this year, when she decided she wanted to participate in Eurovision, she was rebuffed. The Greek broadcaster wanted a Greek singer singing in Greek (a sharp departure from their previous entries, which have almost always been in English). So Eleni approached the Cypriot broadcaster to represent their entry, and Fuego was born.

There are in fact three ethnic Albanians competing in the final: Eleni, Albania’s Eugent Bushpepa, and Italy’s Ermal Meta (born in Albania but raised in Italy). During rehearsals last week, they took a photo together making the ‘Albanian eagle’ hand gesture. That caused outrage in Greece, where the gesture is widely interpreted as a nod to Greater Albania, a nationalist concept that involves annexing parts of Greece. Prominent Greeks called for Eleni to be rescinded as a contestant, apparently forgetting that Cyprus is in fact a separate country. The Cypriot broadcaster was forced to publicly announce that they still support Eleni as their entry.

Then came the result that stunned Greece: Their song, Oneiro Mou, did not receive enough votes in Tuesday’s semi-final to qualify for the show—unheard of for the Eurovision-obsessed country. After taking some days to absorb the shock, Greek fans in Lisbon are now fully embracing Eleni as their own.

The other semi-finals shock was Russia’s failure to qualify – something that has never happened before in the history of Eurovision.

Russia put forward Julia Samoylova, a wheelchair-bound singer with spinal muscular atrophy who represented the country last year. The move was widely interpreted as an intentional trap set for Ukraine, to force Kiev to kick Russia out of the contest. Russia had originally intended to refuse participating in protest of Ukraine’s winning song in 2016, a thinly-veiled critique of Russia’s annexation of Crimea. Samoylova could not enter Ukraine because she had performed a concert in Crimea, entering via Russia.

Samoylova’s song this year, I Won’t Break, was seen by many as painting a picture of globalist forces conspiring to hurt Russia. But it was a poor performance with weak vocals, and it was eliminated in the semi-final on Thursday night. There is already speculation that Russia will use the failure to qualify as a pretext to permanently pull out of the contest, just as Turkish President Recep Tayyip Erdogan did in 2012 after Turkey failed to qualify. For the moment, the Russians are claiming that Samoylova’s earpiece wasn’t working and that’s why she sang poorly.

With Russia having emerged as a pantomime vision for Eurovision fans, partly because of Eastern European political tensions and partly because of Russia’s anti-gay policies, the news of the country’s failure to qualify was greeted enthusiastically in the arena. But it will further feed Russia’s narrative of international persecution at home.

The European Broadcasting Union, which organizes the yearly contest, has become obsessed with increasing the already enormous audience figures, engaging in a quest to spread viewership to new regions. As part of that strategy, it inked a deal with China’s broadcaster a few years ago.

But Eurovision has a strict rule that if you broadcast the contest, you must air every entry. The genesis of this rule comes from Israel’s participation in the competition. Arab countries such as Morocco have participated or expressed interest in participating in the past, but only if they can black out the Israeli entry during the broadcast. And so, they cannot participate.

In 2008, Azerbaijan blacked out the entry of its neighbor Armenia as the two countries are still at war. As a consequence, it was banned from participating in or airing the contest for one year.

On Tuesday night during China’s broadcast of the first semi-final, the screen went black during the Irish and Albanian entries. The former because it featured a gay couple, and the latter because the singer has tattoos.

Questions swirled over how the EBU would respond. China’s audience is huge, and there was speculation that Eurovision’s quest for ever larger ratings would make them bend the rules for China. But on Thursday night, shortly before Russia failed to qualify, the EBU announced it was banning China from airing the contest because of the omission. There has been no comment yet from Beijing.

As fans across the world brace for the final, it’s worth noting that this year’s contest is especially fraught with geopolitical tensions. No matter who wins, the result is guaranteed to be contentious.