Home Eye on Europe The Price of Europe

The European Commission wants to spend nearly €1.3 trillion from 2021 to 2027, with billions going to defense, border control, research, and youth exchange programs. At the same time, Brexit leaves a big hole. Who will pay more? Who will receive less? It’s going to be a brutal battle. 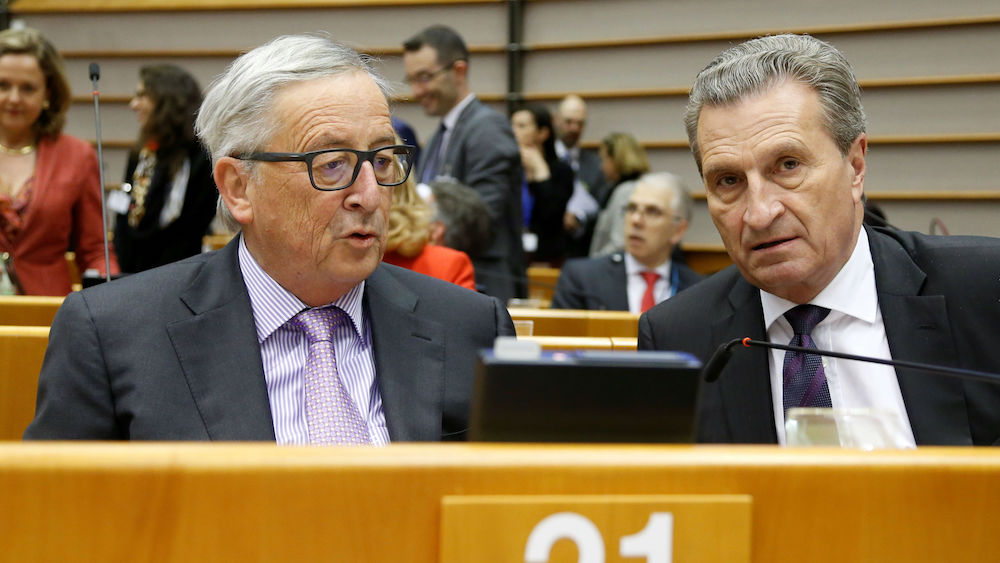 Fights over money are never easy, and the European Union is no exception. But with Brexit on the horizon, agreeing a new seven-year budget has suddenly become twice as hard. The main reason is obvious: from 2021 – the first year of the EU’s new financial perspective—Britain will no longer contribute to the EU budget, leaving a hole of at least €12 billion a year. Making up for that gap will be painful.

However, Brexit raises more fundamental questions about member-state contributions. After all, leaving the EU is no longer unthinkable. With member states now being asked to commit their share of nearly €1.3 trillion to Brussels over seven years—Germany, for example, was already contributing over €20 billion annually in the last budget cycle—each one will have to consider whether EU membership is still worth it. So don’t expect national leaders to just keep quiet and foot the bill.

Of course, this budget proposal won’t immediately push member-states out the exit door. For most governments, the overall rationale for integration still carries a lot of weight. In the wake of the British EU referendum, the remaining 27 member states have stayed surprisingly united. On the budget, however, they will come under fierce pressure from the Euroskeptic parties that have cropped up all over the continent. Every government will need to find good reasons to justify every cent spent on Europe.

It is no coincidence that the first outcry came from Austria. Chancellor Sebastian Kurz, who is in a coalition with the right-wing Freedom Party (FPÖ), didn’t even wait for the official presentation of the Commission’s budget draft to declare it unacceptable.

One heard similar comments from the Netherlands, where Prime Minister Mark Rutte leads a fragile multi-party coalition in an attempt to keep the anti-EU populists. “A smaller EU means a smaller budget,” Rutte said. “That calls for spending cuts and ambitious modernization. What’s more, the burden of funding is not shared fairly.”

Yet the new budget is Commission President Jean-Claude Juncker’s best effort to keep Europe together until well beyond his departure next year. That is why he wants the EU to actually spend quite a lot more money on programs he considers important for cohesion. “This is about the future we will be leaving to the next generations,” Juncker said.

According to the Commission’s proposed budget, the EU should increase its spending on border control, migration and refugee flows from €12 billion in the current period €33 billion for the period from 2020 to 2027, allowing the EU’s coast and border guard to grow from 1,200 to 10,000. One aim of this new spending is to make it possible for member states to drop all the internal border controls brought back in the wake of the refugee crisis and re-establish the full freedom of the Schengen area.

For the first time, the EU would also spend serious money on defense. Nearly €20 billion is earmarked for military equipment, research and mobility from 2020 to 2027. Expenditure for research and innovation—crucial to future growth—will be increased by 50 per cent. In a bold move, the Commission is also proposing to double spending on its huge exchange program Erasmus+, in order to instill the European spirit in the next generation.

Balancing Out the Pain

This will all have to be paid for—about half through cuts in the EU’s huge budgets for agricultural policy and cohesion funding, half through fresh money. Budget Commissioner Günther Oettinger spent months trying to craft a plan that balances the pain with the benefits—after all, the draft budget will need unanimous approval from member states as well as agreement from the European Parliament.

Some reactions were predictable. Even under President Emmanuel Macron, who has cultivated an image as a European visionary, France immediately and harshly protested against the proposed cuts for farmers. The leader of the Socialist group in the European Parliament, Belgian MEP Marc Tarabella, called for much higher spending altogether. “To bank on a European future without allowing it the necessary means is to doom it,” he said rather dramatically.

But there was not as much of an outcry from Eastern and Central Europe as one might have expected, despite the fact that the proposed cuts to the EU’s structural funds will hit them hardest. According to EU statistics, Poland currently finances about 60 percent of its public investment with EU money; in Hungary it is 55 percent.

Potentially worse for Warsaw and Budapest, the Commission is proposing a new mechanism that would tie payments to the respect of the rule of law. Countries whose judiciary is not considered independent would face cuts, if proposed by the Commission and backed by a sizable minority of member states. Such a measure would be far easier to agree than any of the current procedures aimed at member states that disregard democratic standards or the rule of law.

If the procedure was in place already, Poland and Hungary would fall under it, said Vera Jourova, the EU’s Commissioner for Justice. “European taxpayers’ money cannot be used in a member state that doesn’t respect the rule of law,” she said. But Oettinger was careful to tie the new mechanism very closely to disbursements, stressing that an impartial judiciary was needed in case of dispute.

The Polish government, which has recently tried to de-escalate its conflicts with Brussels, reacted surprisingly moderately. European Affairs Minister Konrad Szymanski called the proposal “non-confrontational.” However, he also emphasized that the allegations against the Polish justice system were unfounded.

The German government, in turn, is pleased by the new mechanism, which will make it a little bit easier to explain the new budget to its own public. Germany is being asked to contribute up to EUR 12bn extra a year to Brussels, increasing the German contribution by around a third.

In principle, Chancellor Angela Merkel’s government is willing to pay more for the EU. According to a poll conducted by Forsa on behalf of Internationale Politik, the German-language magazine of the German Council on Foreign Relations, a majority of Germans support that stance.

But Merkel, too, must be careful not to give ground to euroskeptics. The Alternative for Germany is certain to seize on the size of Germany’s contribution, as are many of the conservatives within her own bloc. “We are willing to fulfill our responsibilities for strengthening the EU, but this also requires a fair burden-sharing of all member states,” German Foreign Minister Heiko Maas and Finance Minister Olaf Scholz said in a joint statement.

Berlin hopes, the two ministers added, that the new budget outline can be agreed very quickly. This is what Juncker wants, too: he would like to see a deal sealed within the next twelve months, just before the next elections to the European Parliament. Otherwise, a new Commission and a new Parliament will be saddled with the issue, leading to much longer delays.

Yet an agreement within a year is highly unlikely. The last budget package, which was far less difficult, took more than two years. And everybody knows that the EU’s biggest contributor—Germany—will hold the rotating EU presidency in the second half of 2020. Countries will be tempted to delay agreement until then to get Berlin to sweeten the final deal.

After all, fights about money are never easy