In flawed parliamentary elections, the opposition lost its only two seats. Nevertheless, the EU has little choice but to continue its cautious cooperation with Belarus. 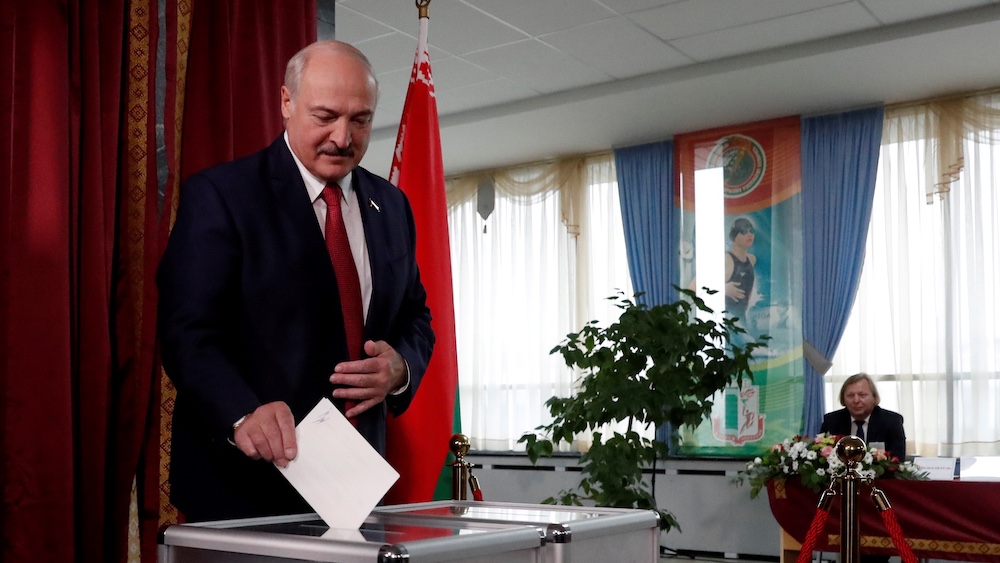 When Belarusians went to the polls on November 17, 2019 to elect a new lower house of the bicameral National Assembly, they didn’t elect one single opposition politician among the 110 MPs—a step back compared to previous elections in 2016, when two opposition politicians, Hanna Konopatskaya and Alena Anisim, won seats. And according to the OSCE electoral observation mission, the elections yet again failed to meet several important international standards, just as they have failed to do over the past two decades.

Then again, the presence or otherwise of opposition MPs in the parliament has little real meaning as the parliament plays an extremely limited, largely symbolic role in Belarus. This dates back to 1996, when President Alexander Lukashenko pushed through, via a flawed referendum, a new constitution which effectively replaced the earlier functioning parliament after the Supreme Soviet of Belarus (as it was then called) had refused to extend his presidential powers.

Since then, the new National Assembly has been composed mostly of Lukashenko’s supporters, and has had very limited powers. The president can easily bypass the parliament, and oversight is also very weak, because the government is only accountable to the president. Also, the president can dissolve the parliament at any time, as Lukashenko did when he announced new elections on August 5, cutting the term of the previous parliament by a year.

In short: Nothing much has changed with the elections. Of course, the situation of democratic rights and fundamental freedoms must not be ignored, particularly while addressing the situation in Belarus from the European Union’s perspective. The sole, at least partially positive aspect is that election-related political violence remained minor and sporadic, with occasional arrests, but no mass repressions. One may argue, of course, that the Belarusian system has a unique feature of post-electoral repression, meaning that the real suppression of the opposition takes place only some time after the elections, when international attention has subsided. Nevertheless, if compared to the infamous scenes of 2006 and 2010, when security forces attacked opposition demonstrators with brutal force, there has been an improvement, or at least no backsliding since 2016 when things also remained calm.

Anecdotal evidence suggests that the Belarusian regime was divided on how to handle the opposition, i.e. whether to allow them to possibly win a few seats in the parliament or not. More liberal representatives of the elites argued that providing the opposition with some mandates would do no harm politically, given that the parliament is toothless, but would be highly welcomed by the West. Contrary to this, conservative elites, including the KGB pushed for not allowing the opposition to gain strength in any way, already having the upcoming presidential elections in mind. They argued that negative reactions from the West would remain limited given the overall geopolitical situation. Apparently, the hardline group won the upper hand.

Tough Choices for the EU

This has placed the EU in an inconvenient position. The careful political rapprochement that has been going on between Brussels and Minsk since 2014 has not been conditioned on democratic development at all. There is no valid Partnership and Cooperation Agreement (PCA) with Belarus, since its ratification was suspended in 1997 in reaction to the rapid anti-democratic backsliding of the regime.

As Belarusian Foreign Minister Uladzimir Makei stated during a talk at the German Council on Foreign Relations (DGAP) in Berlin on October 21, 2019, Minsk has long been looking for cooperation opportunities, that do not require a PCA to be in place, such as closer relations with the European Bank for Reconstruction and Development and visa facilitation. Under such circumstances, motivated also by the fundamentally changed geopolitical environment following Russia’s illegal annexation of Crimea, the EU has set no conditions for further developing relations with Belarus, implicit, of course, within the framework of the absent PCA.

Now, given the latest election result, the EU is facing a tough choice. Cutting back the ongoing, limited cooperation projects would harm the EU’s geopolitical interests, because curtailing Minsk’s slow, careful opening to the West would almost automatically result in Belarus turning even more firmly to China, to seek a counterbalance to Russia’s power.

Besides, from a legal perspective it would be somewhat odd to argue for such a move, since the 2019 parliamentary elections were no more anti-democratic than the previous ones. OSCE election observers reported several, and similarly serious concerns in both 2016 and 2019. Why punish Belarus now, if the EU did not do so after the elections three years ago?

The problem is the symbolic costs of inaction. Not reacting could be interpreted by some as an indication that the EU in fact cares very little about democratic rights and fundamental freedoms in Belarus. Creating such an impression should be avoided, because it would affect the credibility of the EU not only among the Belarusian population, but also in other Eastern Partnership countries.

However, it is realpolitik that shapes the actual choice. While not giving up on its values, Brussels can have no interest in pushing Minsk even more into China’s open arms, nor would it want to weaken Belarusian efforts to resist the pressure from Russian President Vladimir Putin who has tried to hug Lukashenko as close as possible in the past. Hence, the clearly disappointed, but otherwise mild post-election statement of the European External Action Service is most probably the toughest step the EU is going to take.

This has all proven those in Belarus right who see geopolitics as the all-deciding factor. Weakening the opposition by depriving them of their parliamentary representation will be important in the upcoming 2020 presidential elections. Lukashenko has already announced his candidacy; however, it is not yet known, what to expect from Russia.

What the Kremlin Wants

Full integration of Russia and Belarus—hinted at from time to time by both sides—is highly unlikely, for two reasons. The Kremlin can well do without the political, economic, financial, social, and military burdens that any real integration would entail, and the Belarusian elites will not agree to giving up the sovereignty of their own country.

Hence, the Kremlin will likely want to keep Lukashenko as president and guarantor of Belarus’ stability, but to weaken him to a considerable extent. If successful, this strategy would allow Moscow to further strengthen its political and economic influence over Minsk, but without putting extra strains on Russia’s already overstretched budget. The upcoming months will tell  how will Russia try to realize these objectives.