Both Facebook and the European Parliament came out looking bad during Mark Zuckerberg’s shambolic hearing in Brussels on Tuesday. 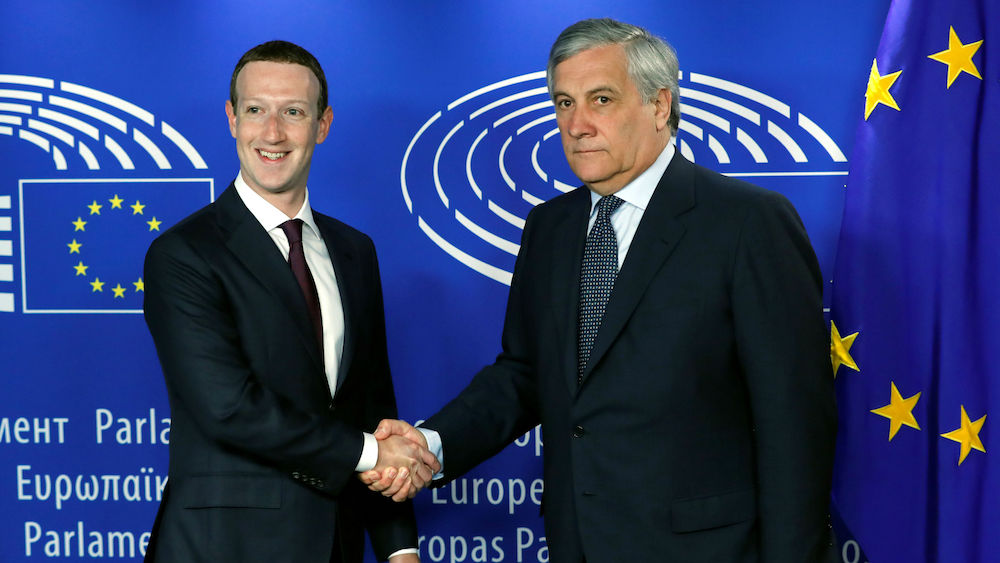 Ever since Facebook CEO Mark Zuckerberg testified before the US Congress in early April, European Union politicians have been demanding he face questions in Brussels as well. After all, not only does Facebook have more users in the EU than in the US, it also represents the website’s main privacy regulator.

Facebook stalled on the invitation for weeks. Zuckerberg also declined a request to appear before the British Parliament to answer questions about the Cambridge Analytica scandal, in which a British company gained access to millions of American users’ data and used them for targeted advertising benefiting the Trump campaign.

However, just hours after the announcement, it emerged that Zuckerberg had in fact only agreed to meet privately with the Parliament’s “Conference of Presidents’”—the leaders of its eight political groups. The meeting would be held behind closed doors.

Members of the parliament and the public were infuriated by the bait-and-switch. After relentless public pressure over the weekend, Tajani announced that Facebook had agreed to let the hearing be web-streamed. It wasn’t ideal for many privacy advocates, who said the better venue would be the Parliament’s civil liberties committee—MEPs who know the details of the relevant legislation. Having Zuckerberg be interrogated by group presidents who don’t know the details of the relevant legislation would be pointless, they said.

The result on Tuesday night was predictable. Zuckerberg’s opening statement was largely a repeat of what he told the US Congress. The MEPs asked their questions, but Zuckerberg largely chose to ignore them. He seemed to many to be trying to run out the clock, and he did.

When he finished, and Tajani said “that’s a wrap,” the MEPs howled in protest. Several shouted out objections that he hadn’t answered their questions, including one on “shadow profiles” that Facebook compiles about non-users and one on whether the company is linking data from Facebook and the chat service Whatsapp in order to develop big data to sell to advertisers. The MEPs began bickering, there in the live feed for all the world to see, before Tajani abruptly brought things to a close.

It remains unclear whose idea the format was. Did Facebook request the private session and format without follow-ups? Or was it offered to them by Tajani as an enticement for Zuckerberg to come to Brussels and be treated with kid gloves? Neither side will say.

To reestablish trust with European lawmakers, Zuckerberg had to assure them of three things: that Facebook is tackling fake news and election interference, that Facebook is going to be fully compliant with the EU’s new data privacy rules (GDPR) that take effect on May 25, and that Facebook is not a monopoly that needs to be broken up.

But his assertions were full of the same platitudes he had given the US Congress. “Facebook plays a positive role in elections around the world, by helping leaders like you directly connect with voters,” he told the MEPs.

Claude Moraes, the chairman of the parliament’s civil liberties committee who was invited to attend the hearing, emerged saying the whole thing had been a farce, though he acknowledged that perhaps it was better than nothing. Guy Verhofstadt, the leader of the liberal ALDE party caucus, said he will be demanding written answers from the company for the questions that were not addressed by Zuckerberg.

Not every MEP left the room furious with Zuckerberg, though. Nigel Farage, the Brexit champion who leads the Euroskeptic parliament group Europe of Freedom and Democracy, told Zuckerberg during the hearing: “I’m probably your best friend in this room”.

Facebook shouldn’t be making any changes, Farage said. It should remain a neutral platform that isn’t in the business of deciding what is or isn’t “fake news.” He then accused the service of starting to show a bias against the right-wing following the Cambridge Analytica scandal.

“My Facebook clicks and views have fallen by 25 percent since the start of the year,” he complained.

The whole episode was less than reassuring for Facebook users watching at home who are concerned about their privacy. And it likely didn’t fill them with confidence about the European Parliament either.

And, as if to symbolize the embarrassing affair, during the hearing a portion of the ceiling collapsed in the press room where Tajani was due to give his press conference afterwards—alone, of course, without Zuckerberg. The journalists in the room couldn’t decide what they found funnier: the shambles unfolding on the viewing screen, or the pieces of plaster covering the floor.