As Italy’s new government is renouncing fiscal discipline, the euro is once again coming under pressure. This is adding to French President Emmanuel Macron’s sense of urgency about EU and eurozone reform. Yet Angela Merkel is keeping her cards close to her chest. 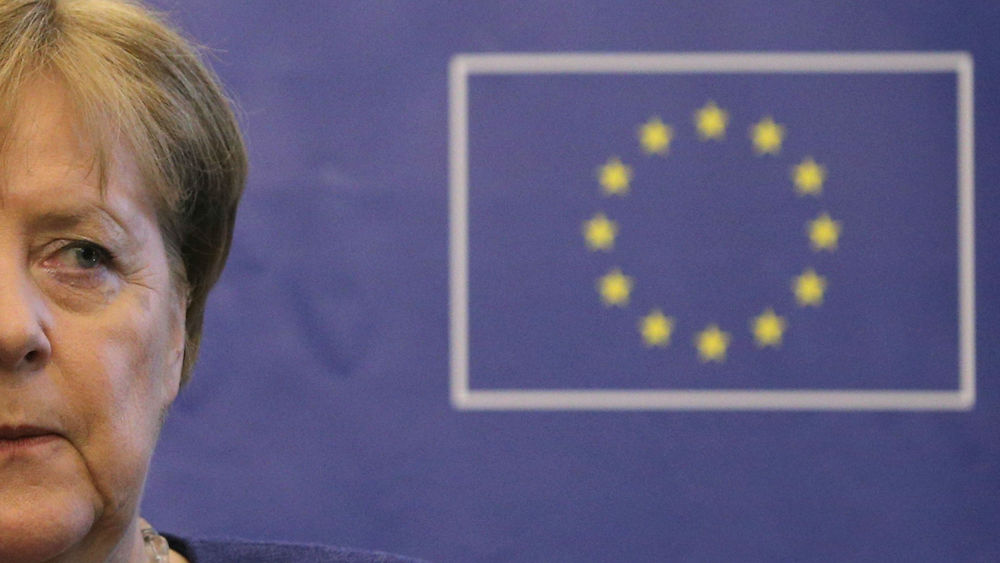 Emmanuel Macron’s frustration is mounting as Angela Merkel, his indispensable partner in Europe, continues to delay negotiations over EU reform. “France has reformed, France has made proposals, and then France has waited,” the French president told journalists at an EU summit with Western Balkans countries in the Bulgarian capital of Sofia in mid-May. “I have high expectations of the German response…. The summer before us constitutes a moment of truth.”

In fact, the moment of truth may be even nearer. In Italy, the anti-establishment Five Star Movement and the anti-migrant Lega are preparing to form a populist, euroskeptic government. These two parties have renounced the rules for fiscal stability in the eurozone and promised enormous increases in public spending. Already, shivers are going through the financial markets. Over the next several weeks, the stability of the euro will once again be tested—only now, it is not about tiny Greece, but about Italy, the eurozone’s third largest economy. That makes agreement between France and Germany, always a prerequisite for decisions at the wider EU level, even more urgent.

Merkel arguably contributed to the Italian populists’ success by insisting on bringing deficits under control and pushing policies on refugees that have strained EU coherence. But even now, the German chancellor is refusing to reveal what her own vision of Europe’s future is—if she in fact has one.

In Sofia, Macron devoted 45 minutes to a press conference to convey his sense of urgency over EU reform. Merkel, after the same event, lingered on for a mere ten minutes, drily explaining to journalists that the Western Balkans weren’t quite ready to join the EU yet, and that Europe needed more innovation and a common stance on trade and Iran policy. Macron pleading, Merkel ducking—that pattern has been established over several meetings by now, adding to Macron’s despair as time is ticking away. European Parliament elections will take place in May 2019, to be followed by the lengthy process of appointing a new European Commission. That means that there is less than a year to agree meaningful steps toward EU reform among the 27 EU member states remaining after Brexit.

The French president, elected on promises of profound reforms of France and Europe, has been in power for just over a year. While Macron’s reforms in France have delivered beyond expectation—even beyond what many French people believe is digestible for their society—his initiatives for renewing European integration have so far fallen flat.

Still, those initiatives are at least public. Macron set out a hugely ambitious European agenda last September in a speech at the Sorbonne, one carefully timed to take place immediately after the German elections, where Merkel’s conservative bloc was confirmed as the country’s largest political force. There he proposed, among other things, a comprehensive European asylum and immigration policy as well as a joint military budget and intervention force.

Most concretely and urgently, he suggested an overhaul of the eurozone to strengthen the euro against future crises. His plans include a eurozone budget, a finance minister and transforming the European Stability Mechanism (ESM) into a full-blown European Monetary Fund.

However, the French president was left waiting for an answer to his proposals. It took Merkel nearly six months to put together a government coalition. Remarkably, the tone of the coalition agreement was very pro-European, with the first chapter opening the way to a eurozone reform and even promising that Germany would pay more into the Brussels budget. When Merkel was sworn in for her fourth term in office on March 14, Paris must have hoped that Berlin would finally engage with the French proposals.

Yet Merkel still had no answer for Macron. April came and went, and the only thing that Merkel ever said was that there would be a Franco-German agreement in time for the EU summit scheduled for the end of June. Then on May 10, Macron was awarded the prestigious Charlemagne Prize in Aachen as a recognition of his commitment to European integration. Merkel gave the laudation, which would have been an ideal opportunity to set out her own vision of the future of Europe. Once again, she remained silent on the big issues.

The chancellor did reportedly meet several times with her new finance minister, the Social Democrat Olaf Scholz, to discuss Germany’s response to Macron, but no information has leaked out. Not even the parliamentarians who support her are willing to speak out—no interviews on EU reform before the June summit, one of them told the Berlin Policy Journal.

It is true that on eurozone reform, Merkel faces a difficult dilemma. Overall, Germans still are pro-European, and polls regularly show a majority in favor of closer EU integration. But the chancellor’s conservative bloc is less committed, having come under fierce pressure from the euroskeptic Alternative für Deutschland (AfD). Merkel’s Bavarian sister party, the Christian Social Union, is becoming particularly jittery ahead of state elections scheduled for October.

Basically, Germany’s conservatives are afraid that Macron’s proposals mean that Germany will end up paying for spendthrift countries in Southern Europe. They insist that fiscal risks must be reduced through structural reforms before Germany can enter any new commitments within the eurozone.

For his part Macron, having undertaken enormous efforts to reduce France’s public deficit within record time, believes that Germany must show a bit more good faith. “Germany can’t have a perpetual fetish about budget and trade surpluses, because they come at the expense of others,” Macron said in Aachen.

Over the next few weeks, Merkel will have to decide how to proceed. And there is much to do: She needs to support the French president, keep on board the other EU countries—some of them quite skeptical—and convince her own governing parties of any proposal she makes.

Which way will she go? Is she hatching a grand response to Macron that will save the French president, the European Union and her own legacy all in one go? Or will she bow to coalition pressures and play it safe in a short-term approach?

For all of Macron’s impatience, Merkel is keeping her cards close to her chest.