With her commission set-up, Ursula von der Leyen is pushing aside traditional foreign policy in order to focus on an area where the EU has more power: economics. 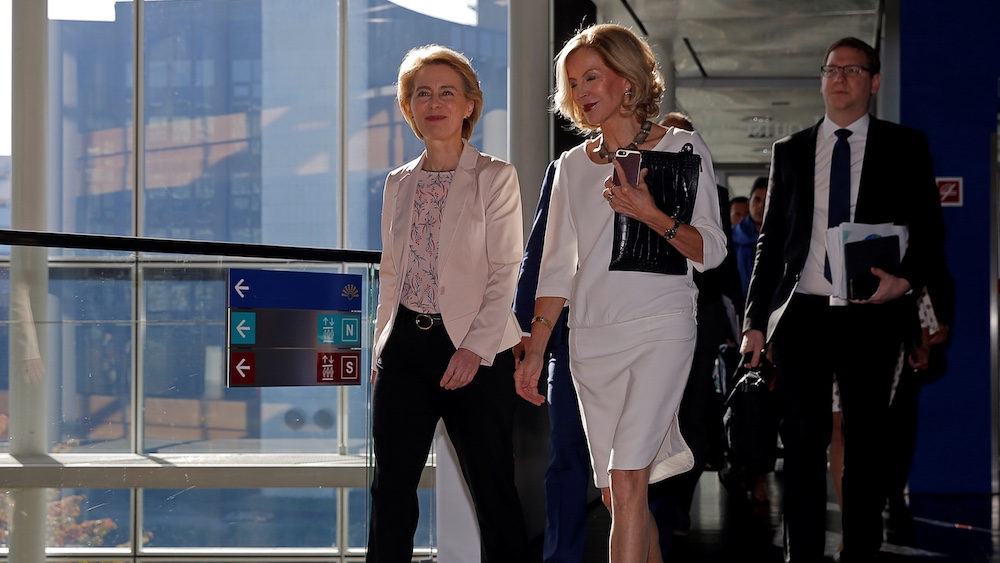 One of Ursula von der Leyen’s top priorities is to preside over what she calls a “geopolitical” European Commission, one not afraid to stand up for EU’s interest in a competitive world. While the objective is certainly right, the label is wrong. Based on the set-up and plans for her team, her commission will be primarily a “geo-economic” one—an executive laser-focused on the EU’s economic power.

Instead of strengthening traditional foreign policy and EU diplomacy, the next Commission is setting out to reinforce Europe’s international footprint in those areas where the EU is strongest and has a real competitive edge. A former German defense minister, von der Leyen knows that the EU is still a military dwarf and the much-heralded Common Foreign and Security Policy often little more than a cacophony of diverging interests. She is now steering clear of these EU foreign policy black holes and focusing on trade, competition, and regulation.

The push for global relevance is based on the accurate assessment that Europe has fallen behind in an increasingly dog-eats-dog world. Whereas the United States and China embrace global competition and don’t shy away from using economic instruments to bring allies and competitors in line, the EU tends to bank on the power of international agreements and diplomacy. However, the Commission has often overlooked the heavy economic weapons that can make a difference.

Take sanctions policy. The power to cut off trade or financial flows is one of the EU’s most potent and often-used weapons. For the past few years, the EU High Representative Federica Mogherini has been in charge of the unit in the European Commission that oversaw the member states’ implementation of the embargoes.

But in the von der Leyen commission, the sanctions officials will get a new boss and a new mission. Under the auspices of executive Vice-President Vladis Dombrovskis for the economy, they will now be fighting for EU’s “economic sovereignty” and are supposed to make sure that Europe is more resilient to the threat of extraterritorial sanctions. The recent US “maximum pressure” campaign against Iran, which forced European businesses to comply with Washington’s sanctions, has clearly pushed the EU to rethink its priorities.

A similar pivot to the EU’s economic strengths is taking place in the area of defense. While EU civilian and military missions demonstrated little ambition in recent years, the commission did become more active in propping up Europe’s defense industries. And now the new  Directorate-General for Defense Industry and Space will be responsible for both funding Europe-wide defense capability projects and encouraging cross-border military mobility. Indeed, thanks to the €13 billion European Defense Fund, the Commission will be the third-largest defense investor in the post-Brexit EU.

Von der Leyen is also adjusting the executive’s working methods and streamlining its geo-economic agenda. A new group for external cooperation—naturally with its own acronym, EXCO—will tie together the outward work of the large bureaucracy and prepare the leadership meetings. Given that von der Leyen’s diplomatic advisor is co-chairing the group, together with Borrell’s deputy head of cabinet, one expects the new commission president to have a big influence on how this body wields external power. Moreover, her three executive vice-presidents received additional powers over the commission machine rooms to direct EU action on climate action, digitalization, and economic potency.

Von der Leyen’s geo-economic commission aims to change the face the EU presents to the world. Previously, pushing for “global Europe” often meant upgrading the post of EU High Representative, which the Spanish Socialist Josep Borrell is scheduled to take over. Since the Lisbon treaty, the EU foreign policy chief has also been tasked with coordinating the commission’s external relations as one of its vice-presidents—with mixed success in the past.

Instead of empowering the high rep, von der Leyen plans to relegate Borrell and his European External Actions Service to a more supporting role. In her letter to Borrell, von der Leyen made it unmistakably clear that he will work “under her guidance” and “support” her in coordinating the commission’s external work. This is very different from the “pragmatic partnership” and “full” role in ensuring the effectiveness of EU’s external action that outgoing Commission President Jean-Claude Juncker offered Mogherini back in 2014.

Borrell will not have an executive position in the commission that could draw on its economic resources. He will be in charge neither of implementing EU sanctions nor of coordinating the commission’s work on defense industries, which is one element in his mission to build a European Defense Union. The Spaniard will chair the commissioners group on “A Stronger Europe in the World”, but with von der Leyen and her three executive vice-presidents now coordinating the big economic-related portfolios, it’s not clear how much influence he will have on the commission’s geo-economic agenda.

And while Mogherini had a green light to tap into commission resources on climate action, energy, transport, migration, and home affairs, Borrell is left with the vague instruction to “work closely” with his peers. It remains to be seen whether, under these conditions, he will be able to exert greater influence on European foreign policy than his predecessors could.

The meager results of EU diplomacy in recent years have left their mark. The EU cannot escape the trend of increased global competition; it needs to sharpen its economic sword. Borrell’s post as the EU’s chief diplomat is not the top priority anymore in the new game of geo-economics.

The focus on geo-economics could pay off. But everything will depend on whether von der Leyen succeeds in getting on board the member states that have played the greatest role in European foreign policy in the past. She would be well advised to establish good cooperation with the European Council and Charles Michel—and to leave Borrell enough room for maneuver.