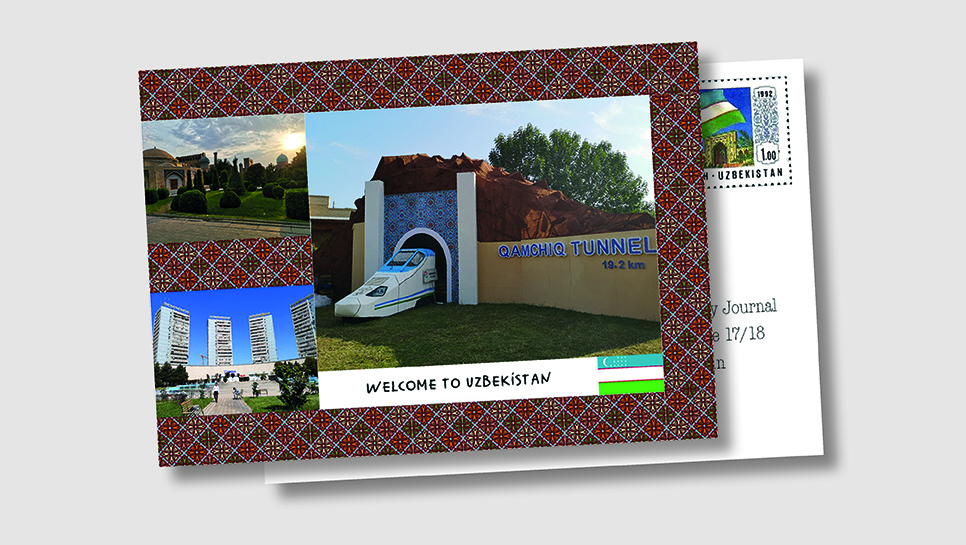 The carriage is plunged into darkness. According to Chinese state media, it takes 900 seconds for a train to pass through the Kamchiq tunnel, but I’ve forgotten to start the timer on my phone. I’m having breakfast beers in the dining car with an Uzbekistani engineer, and in my early-morning lager haze, timing tunnels has slipped my mind.

At 19.2 kilometers, the Kamchiq tunnel is the longest tunnel in Central Asia. It is the crux of the 123 kilometer Angren-Pap railway, a $1.6 billion project that Uzbekistan launched in order to connect its capital, Tashkent, with the Fergana Valley,  a fertile chunk of land that is home to a third of the country’s 32 million inhabitants.

Although it was announced before the advent of China’s Belt and Road Initiative (BRI), the Kamchiq tunnel, which was built by China Railway Tunnel Group and part-funded by the Exim Bank of China, has become a BRI model project in Central Asia. A difficult feat of engineering completed ahead of time, the project oozes connective charisma. The Fergana valley is encircled by treacherous mountains, and travelers in the pre-tunnel era had to choose between passing through Tajikistan or taking a long, winding car journey through sometimes impassable mountains.

I ask my engineer companion, Muhammadjon, whether the railroad has made the journey East easier. “Of course,” he says, “before it was six hours through the mountains. In winter? Impossible.”

Uzbekistan is a Muslim country, and I’m surprised to be invited for an early morning drink in such a public place. But Muhammadjon, who’s in his late 20s and has a lot of confident energy, tells me, “We only live once.” He freelances as a turbine engineer and runs a business with friends selling vegetables from Fergana to Russian markets. Like many people I meet in Central Asia, Muhammadjon is clear-eyed about China’s purpose in the region. “There are two sides to everything,” he says, “they win all the tenders here, and they make a lot of money out of us.” He points to a power station whizzing past outside the window—another project built and financed by China.

The scenery is blue and gold, occasionally there’s the white of a snow-capped mountain or field of cotton. When he was a student, Muhammadjon says, he was forced to pick cotton along with his classmates. You could only get out of picking if you were rich enough to pay a “fine.” Things are different now. Uzbekistan’s paranoid dictator, Islam Karimov, died in 2016, providing space for reform and opening up. Referencing the economic promise since reforms began, Muhammadjon tells me, “For twenty-five years, it’s like we were asleep.”

The Kamchiq tunnel was opened jointly by Karimov and Chinese president Xi Jinping. Karimov’s gone, but Xi and the BRI remain. As Central Asia’s largest market reforms and seeks more development capital, Beijing’s prominence in Uzbekistan is only likely to grow.