Home On the New Silk Road Filling a Vacuum 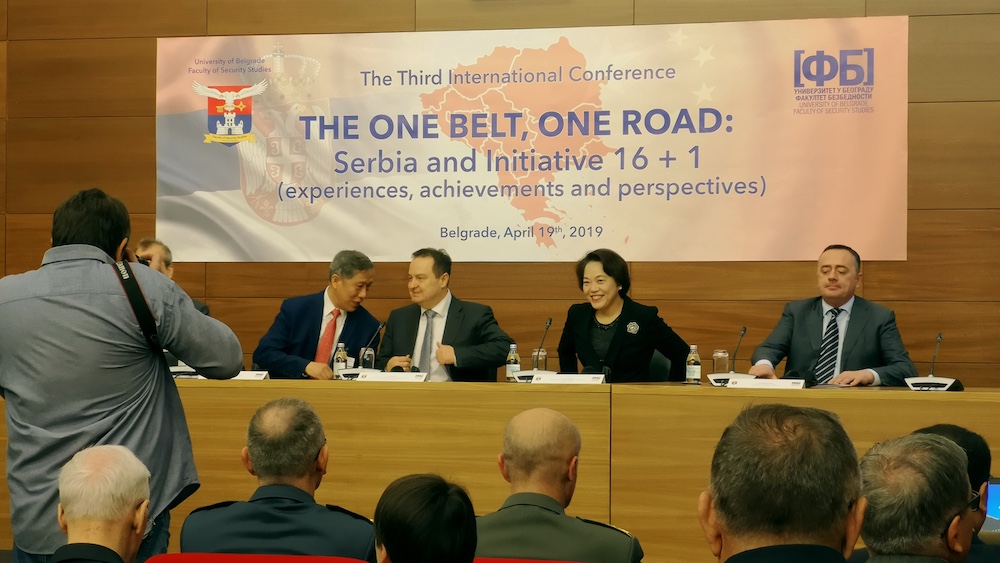 Serbia is the epicenter of Chinese engagement in the Western Balkans. Beijing is building infrastructure and operating steel works—and seems genuinely welcome.

TDI Caffe on a Tuesday night is worlds away from the notorious techno boats of Belgrade. It may not be the finest representation of Serbian nightlife, but this small café bar on the outskirts of Smederevo is the best place to find locals working for the area’s largest employer—Chinese state-owned steel giant, Hesteel Group.

Two of the five young men drinking next to me work at the steel mill down the road. They are five of the 5,000 residents of this town of just 60,000 who work for Hesteel, and many more are dependent on the company for their salaries. Seven years ago, Smederevo’s steel workers narrowly avoided the ax when US Steel sold the loss-making plant back to the Serbian government for a token $1. Then, in 2016, the debt-ridden plant was purchased for €46 million by Hesteel with the promise of substantial investment. Inaugurated by Chinese President Xi Jinping himself, the acquisition proved an exemplary takeover, and the plant is now finally turning a profit. At the time, Serbian President Aleksander Vučić, called it the “deal of the decade,” and referred to the Chinese plant as an “image of a very beautiful, powerful Serbia.”

But what do the young men next to me think of working for Hesteel? What do they think of China? Expecting them to wax lyrical about Beijing’s largesse, I am instead met with a milder, more measured positivity. Srdjan—his hand in a bandage from a drunken incident involving a broken glass—says that Sino-Serbian friendship is a force for good in his life. The other man appears more interested in his beer than politics, and half-heartedly goes along with his friend’s approval.

Reading contemporary articles about the acquisition, I expected a larger Chinese presence and more local enthusiasm in Smederevo—especially traveling from Belgrade, where Beijing is praised to the heavens by officials along with seemingly everyone within range of the decision-making process. The reality is more ambiguous. I didn’t spot so much as a Chinese character, and the people I spoke to voiced a variety of opinions.

Everybody thought the Chinese were better than the Americans, but in Serbia, that’s hardly a compliment. Some complained about pollution or lower wages, although in fairness, struggling steel plants often result in cost-saving measures and environmental degradation. A small handful of responses were negative, but largely because of Beijing’s close association with the widely hated Vučić, or due to the instinctive xenophobia that is endemic to most small towns here. The majority considered China and Hesteel in a positive light.

Chinese-built infrastructure is an even less complicated symbol of China as economic opportunity than steel plants. “The history of the Balkans is mostly a record of blood and bridges,” a young translator working for a Chinese company in Sarajevo told me. As the region opens up to China, this new chapter in Balkan history is thankfully bloodless, though not without bridges.

Pupin Bridge spans the Danube between the suburbs of Belgrade and the metropolitan outskirts of Borča. Opened in 2014, the project served as an introduction to the region for China Road and Bridge Corporation (CRBC) and as a template for infrastructure cooperation to come. It is also considered something of a success story and a landmark in Sino-Serbian friendship. On both sides of the bridge, banners proclaim China’s involvement to the motorists below. Thanks to Chinese labor and Chinese money, their commute has been cut from over an hour to just ten minutes.

Across the Sava, another Chinese bridge is under construction. It covers 1.6 kilometer of the 17.6 kilometer Surčin-Obrenovac highway, a project contracted to CRBC’s parent, China Communication Construction Company (CCCC), and financed with a €200 million loan. In return for beer money, the security guards let me take a few pictures of the project mock-up, but they don’t let me onto the site itself. Instead I take pictures of the bridge from a small dock on the Sava, a few hundred meters downriver. The dock and floating porch belong to Dragan, who’s been watching the pace of construction since last year. He tells me with something approaching pride that the bridge—which on its own cost €100 million—is nearing completion. The Chinese, he says, work very quickly.

Does the Future Lie in the East?

Awareness of and knowledge about China is severely limited in the Western Balkans. In the minds of ordinary people, China is still often associated with “China shops”—with plastic toys and fake brands at bargain prices. But this image has been overtaken by a new one: that of a high-tech superpower capable of delivering quality goods and services.

Especially in Serbia’s political circles, ambivalent ignorance about China has already given way to unrestrained enthusiasm. In the leafy suburbs of Belgrade lies a Tito-era mansion now used as a parliamentary clubhouse. I feel out of place among the Chinese diplomats and Serbian academics, who are busy rubbing shoulders with Belgrade’s top military brass over trays of espresso and Turkish coffee. The occasion is a Belt and Road conference organized by the Belgrade University’s Faculty for Security Studies, paid for by the Chinese embassy. Foreign Minister Ivica Davčić opens proceedings, thanking China for their “tireless steel friendship,” and praising the Belt and Road Initiative as “one of the most important projects in human history.”

In speaking of China’s presence in the Balkans, we are largely speaking about Serbia. Beijing’s actual economic impact is really quite minimal, for now, but it is greater here than elsewhere in the region, and the political attention lavished on Beijing is more significant. China is officially the fourth pillar—alongside the EU, the United States, and Russia—of Serbian foreign policy, and the two countries share a bond strengthened by their mutual distaste of “separatism” in Kosovo and Taiwan. Many Europeans know about NATO’s bombing of Belgrade, responding to Serbian ethnic cleansing in Kosovo, and some will remember the destruction of the Chinese embassy there, but fewer still probably recall the incidents simultaneously. Beijing does, and in New Belgrade, a Chinese cultural center is being built on the site of the old embassy. A plaque commemorates the three Chinese citizens killed in the airstrike and stands as a testament to Sino-Serbian friendship.

The Chinese are not as exalted in Bosnia and Herzegovina or in Montenegro, but the Serbian appreciation for Beijing builds on a distrust of the West that is region-wide. Wherever I am in the Western Balkans, and whomever I am talking to—enlightened liberal academic or nationalist taxi driver—Brussels is consistently portrayed as bossy and overbearing. The Chinese, for all their faults, don’t tell people what to do as long as they’re being paid. The prevailing mood is dissatisfaction with decades of “interference from the West,” which, people say, has done nothing for the region.

Not all Chinese projects in the Balkans are proceeding well, and many have serious flaws. But for now, this doesn’t seem to matter much—China, free from the kind of emotional baggage that shadows the European Union, is perceived as a flexible, respectful partner. This may change, but however perceptions evolve in the Western Balkans, the Chinese presence is the new normal.

During my time in Belgrade, I am repeatedly reminded that there is no alternative to the EU. This may be true, but in the vacuum left by an unloved West, China provides palatable options.