Italy is in the grips of a political crisis. It was supposed to safeguard the interests of Italians, but President Sergio Mattarella’s decision to block a populist coalition’s bid for power has sparked such an intense backlash that it risks leaving the hugely indebted country in an even more perilous position. 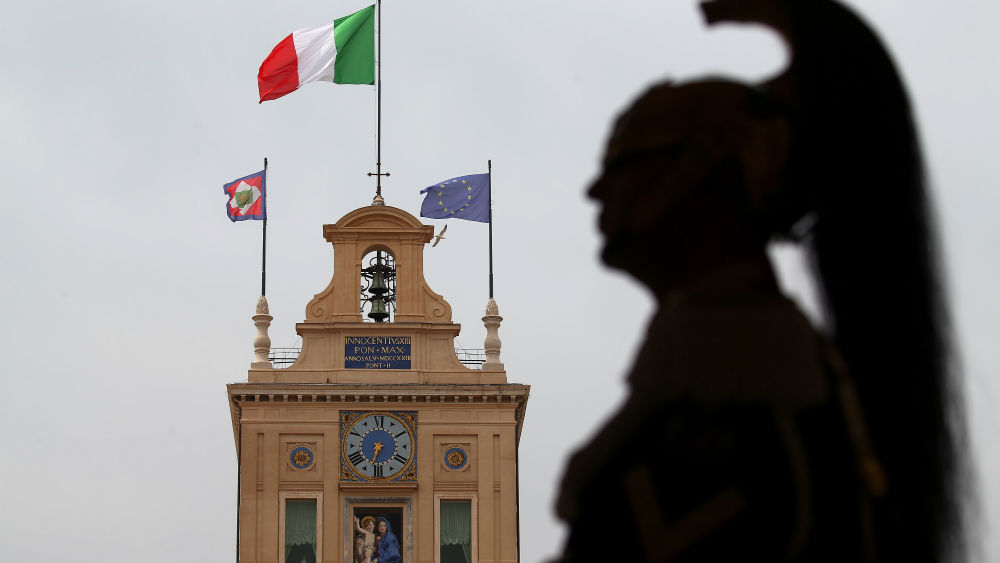 The standoff emerged when the coalition of former rivals, the anti-establishment Five Star Movement (M5S) and the far-right Lega, winners of the March elections, put forward their nomination for economy minister. They chose Paolo Savona, an 81-year-old staunch euroskeptic. But President Matterella blocked the nomination, leading to the collapse of a possible Five Star and Lega government.

Mattarella said he didn’t make the decision lightly. In a statement, he explained that he feared Savona’s nomination would pave the way for Italy to leave the Euro, despite neither party pledging to do so during the election campaign or in their joint policy document. (In the past, Savona has supported a secretive “Plan B” to leave the euro). The president argued that Italy’s eurozone membership could only be discussed “openly and after a serious in-depth analysis.”

So Mattarella vetoed the nomination—as is permitted by the constitution—sparking the incoming government’s collapse and calls for his impeachment, as well as plunging global financial markets into turmoil. Investors sold Italian assets en masse, making it the worst day for Italian bonds in 25 years.

Carlo Cottarelli, a former director at the International Monetary Fund, was immediately summoned to form a government that would steer Italy towards fresh elections. He is expected to present his cabinet lineup on Wednesday, but with the administration widely anticipated to lose a vote of confidence in parliament, a ballot could be held as early as July.

In some quarters, Mattarella has been hailed as a hero for protecting Italy against the perils of populism. On the other hand, some view him as an establishment, anti-democratic villain—a president installed with the help of Matteo Renzi, the reviled former prime minister, who has succumbed to ‘bullying’ from European institutions by unjustly opposing Savona simply because of his stance towards the single currency.

The president’s decision has concerned pundits, particularly as the chances of Italy ever extracting itself from the euro are actually very slim: Apart from the process being technically insurmountable, Italy is struggling under €2.28 trillion worth of public debt. It would need to get its economy into shape before even contemplating a switch back to the lira.

The coalition’s threat to challenge the EU and flout budget rules were enough to raise significant fears in Brussels before this crisis. But Mattarella’s move, though constitutional, has effectively given the M5S, led by Luigi di Maio, and the Lega, led by Matteo Salvini, a stronger hand. It is also possible that he was deliberately pushed into a corner by Salvini and di Maio—they perhaps knew he would reject Savona, prompting desired new elections that would give them an even stronger mandate. Salvini’s popularity in particular has surged since the March 4 vote, and he responded to the government’s collapse by attacking the EU, saying that criticism from EU leaders showed their “disdain for democracy.”

The power of this rhetoric, alongside Italians’ rising antipathy toward Europe, is stark: After new elections, Italy could end up with a government that is even more defiantly populist and anti-European.

“This time I’m really worried,” said Mattia Diletti, a politics professor at Rome’s Sapienza University. “Now it’s clear that it’s a poker game, everything is more Machiavellian than we thought it would be. There is now a real, clear clash between the pro-establishment and anti-establishment.”

Jacopo Iacoboni, a journalist at the daily newspaper La Stampa and author of The Experiment, a book about the Five Star Movement, argued that Mattarella should have endorsed the government to allow the populists to take the helm and reveal “how they really are” once in power.

“Over the last two days so many people, even from the higher middle class, are saying that ‘Mattarella robbed the election.’ But this is a false narrative—we must be clear on that point. I don’t agree with his choice but he respected the constitution.”

The crisis is moving fast, and the coming days will decide both the duration of a caretaker, technocratic government and the timeline for possible new elections.