Denmark’s Social Democrats won Wednesday’s election and are likely to lead the next government, thanks to a harsher immigration policy. 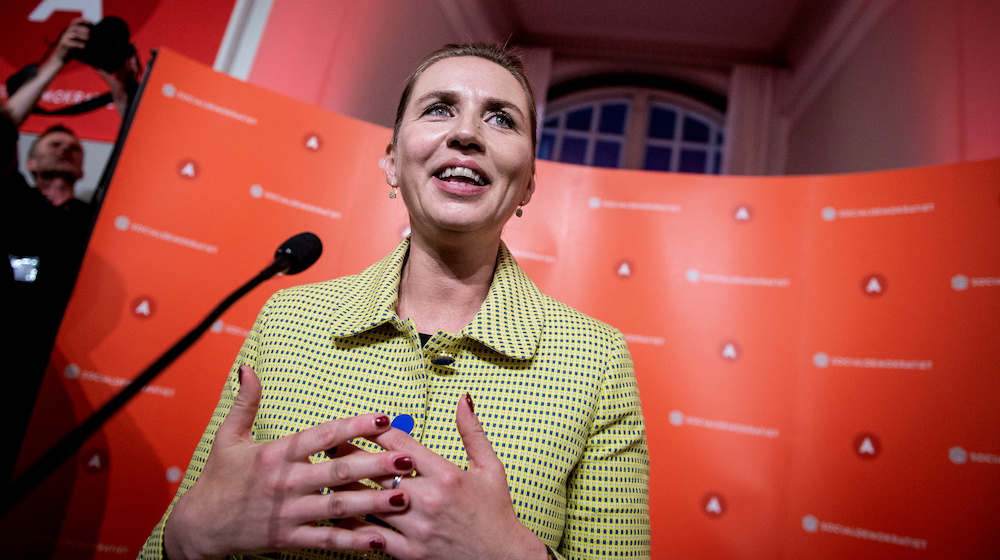 Denmark’s Social Democrats are expected to form the next government following Wednesday’s parliamentary elections, after winning 26 percent of the vote. Their leader, Mette Frederiksen, campaigned on a platform of more investment in welfare and healthcare, strong action on climate change—and a much harder line on immigration than previous Social Democrat governments.

The liberal, center-right party of Prime Minister Lars Løkke Rasmussen, Venstre, came second with 23 percent. “We had a really good election, but there will be a change of government,” Løkke said, conceding defeat.

Meanwhile, support for the right-wing populist Danish People’s Party (Dansk Folkeparti), which had supported Løkke’s government, plummeted to 8.7 percent from 21.1 percent in 2015, largely because mainstream parties have adopted much of their harsh “foreigner policy.”

No Hygge In Sight

The harsh approach to immigration can be a bit of a jolt for foreign observers of Danish politics. One could be forgiven for thinking that all that hype about hygge (a unique kind of coziness and togetherness supposedly involving candles and cups of tea) a few years ago was a deliberately orchestrated smoke-screen covering some rather un-cozy truths about the situation in Denmark.

The run-up to the election was quite circus-like, with 13 different parties, some of them extreme or peculiar, vying for seats in parliament. And the debate isn’t that hyggelig at all. Danish politics has become a talent show where candidates compete to outdo one another in dreaming up new anti-immigration policies.

About three years ago, the center-left underwent a sea change. In a Facebook post on July 27, 2016, Frederiksen wrote that the popularity of Donald Trump, who had yet to be elected US president, had led her to change her thinking: “We must admit that the people he is talking to feel for the first time that there is a voice that speaks to their fears and frustrations.”

She seemed to be referring to the white working class, which is allegedly under pressure from globalization and immigration, those “deplorables” who seem to have been courted by Trump and other populists across the Western world. Of course, this came on the heels of the 2015 “refugee crisis,” when about 20,000 of the roughly one million Syrians and other refugees who came to Europe made it to Denmark. Instead of triggering empathy for the actual refugees, images of Arab families walking along a Danish highway seemed to have struck fear in the hearts of many Danes and drove more of them into the arms of the far-right.

Out of this fertile soil grew the Social Democratic re-think. In an article titled “Realistic and fair immigration” published earlier this year in the magazine International Politics and Society, Fredericksen outlined an “immigration policy to unite Denmark,” which comprised three main pillars.

First, severely limit the number the “non-Western immigrants” (meaning Muslim or dark-skinned people) allowed into Denmark. Only a few UN refugees should be let in, if any at all. Second, devote resources to fighting the causes of immigration, meaning more development aid for the countries. Third, prevent what the Danes call “ghettos” from forming—neighborhoods with a high concentration of immigrants and social problems.

She wrote, “A 10-year plan must be applied to ensure that no residential areas, schools or educational institutions have more than 30 percent non-Western immigrants and descendants in future. And more have to contribute to Danish society. That is why we want to introduce an obligation for all immigrants on integration benefits and cash benefits to contribute 37 hours a week.”

In fact, much of this corresponds more or less with the previous center-right government’s policies. After the arrival of so many refugees in 2015, Denmark instated border checks and stopped even taking the 500 “quota” refugees per year selected by the United Nations that it had been accepting since 1989. The total number of asylum applications accepted dropped from about 12,000 in 2016 to 1,600 in 2018, and most of these aren’t recent arrivals, but people who have been stuck in bureaucratic limbo for years.

Then there’s the “ghetto deal” which was reached between Venstre and the Social Democrats. It is meant to tackle the problem of integration with measures specifically targeting areas with a large number of ethnic minorities. Critics say it piles another layer of discrimination upon people already suffering from discrimination and stigmatizes whole segments of the population.

Immigrant rights advocate Michala Clante Bendixen wrote on her website refugees.dk in February 2019: “The deal gives double sentences for crimes committed in the area, residents are excluded from family reunification, and the bilingual children lose their children’s benefit if they are not enrolled in a nursery from the age of one. These rules are especially targeting ethnic minorities.”

The idea is that the little Mohammads and Aishahs growing up in these places should be turned into proper Danes with proper Danish values. This means more than just decorating birthday cakes with Danish flags—it also means things like valuing gender equality and so on. But critics say a lot of this is merely “symbolic politics,” pointing to the fact that the vast majority of immigrant children in those neighborhoods already visit daycare from an early age.

This harder line on immigration is supported by 75 percent of the population, says Arne Hardis, a political writer for the weekly broadsheet Weekendavisen. “If you want to be in government in Denmark you have to have a strong immigration policy and you have to have a strong welfare state. And these two things go very well together. The fewer foreigners, the more for us. It’s very simple. We have very high costs for welfare for foreigners—30-35 billion kroner (€4-4.7 billion) a year.”

Despite the already harsh line on immigrants, two populist forces to the right of the Danish People’s Party with more extreme ideas about foreigners emerged before the election: Nye Borgerlige (New Right) and Stram Kurs (Hard Line). The latter is led by Rasmus Paludan, a lawyer who incited riots this spring by publicly burning the Quran and who advocates the deportation of all Muslims from Denmark.

Both of these groups have siphoned support away from the original anti-immigration camp, the Danish People’s Party, who suffered a huge loss of support already in this year’s European elections on May 26. Paludan’s appearance out of nowhere serves as a memo to the center left and right that they’d better stay tough on immigration or else Denmark’s ugly, racist underbelly will rise to the surface and cause havoc. Nye Borgerlige scraped by with 2 percent of the vote and will occupy 4 seats in the new parliament. Rabble-rouser Paludan didn’t make it past the 2 percent hurdle.

Now the Social Democrats leader Frederiksen is expected to form a minority government that would allow her to work with the four smaller socialist and progressive parties in parliament on issues like welfare and the environment, while securing the right’s support on immigration issues.

She will have to perform a delicate balancing act. To placate the left, she might have to throw them a bone or two such as scrapping the previous government’s controversial plans (originally cooked up by the Danish People’s Party) to send asylum seekers convicted of crimes to a remote island or perhaps devoting more resources to improving the lives of traumatized refugee children growing up in depressing refugee centers (this has been a point of fierce debate on Danish TV). Or perhaps these potential allies will be pacified by a stronger climate policy or investments in social programs.

If the smaller left-wing parties don’t cooperate, she might threaten to form a centrist coalition with Venstre, possibly with the support of the Radikale, a liberal center-left party who were able to grow their share of the vote to 8 percent and have been known to flirt with the center-right.

Whatever the constellation, it seems clear that 41-year-old Frederiksen will be prime minister and stick to a policy that has worked for her party. On election night, as she celebrated the party’s results she said: “Voters who have deserted us over recent years, who thought our immigration policy was wrong, have come back this time, that is what many have told me.”