Hungary’s government has put forward the “Stop Soros” legislation package. The new laws target NGOs, and would make it a crime to distribute informational leaflets about migration. The Central European University is in the crosshairs too. 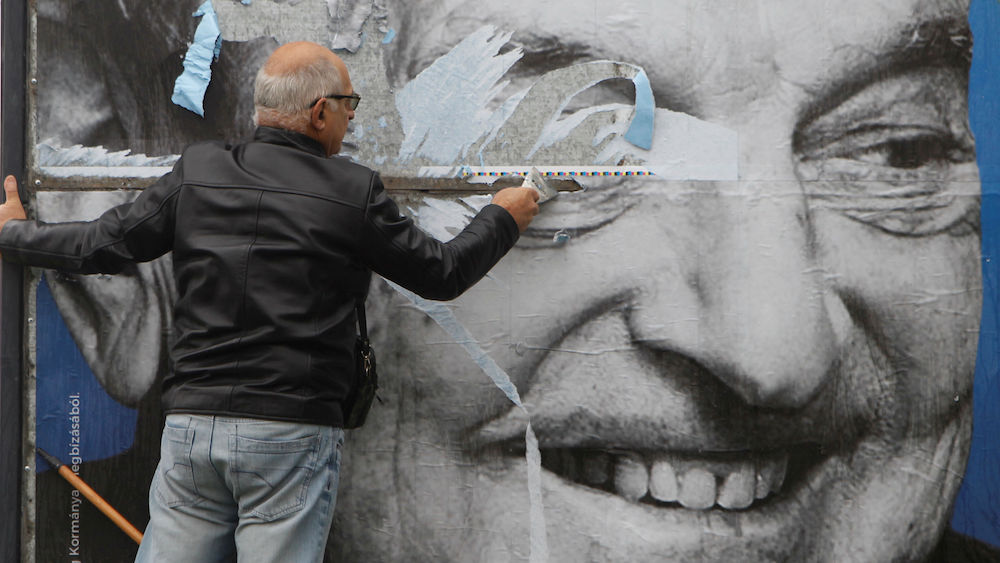 After a landslide victory at the ballot boxes for his Fidesz party in April, Hungary’s strongman, Prime Minister Viktor Orbán, has wasted no time continuing his crusade against civil society.

He has set his sights squarely upon NGOs funded by US billionaire George Soros’s Open Society Foundation, as well as the Central European University (CEU) in Budapest, which Soros founded. Orbán’s aim is to continue the omnipresent political campaign against migrants and liberalism in order to distract from massive corruption in his government and among his supporters; he also aims to consolidate his place as the main anti-liberal ideologue in Europe.

On Tuesday Orbán’s government submitted the so-called “Stop Soros” legislation package. The legislation further restricts NGOs working on migration; it also makes it more difficult to monitor the government’s migration policy, and easier to crack down on its critics. Meanwhile, Orbán is refusing to sign a deal with CEU that would secure the university’s future in Budapest.

The bill, according to a briefing by Fidesz group leader Mate Kocsis on Monday, will make “organizing illegal migration” a crime. How is this defined? For example, assisting people who have not been victims of persecution at home to initiate an asylum procedure would become illegal. Such deeds would be punishable by 5-90 days behind bars. The question of determining whether someone was persecuted, however, usually takes place during the asylum procedure itself. Distributing information leaflets on migration and monitoring the border for human rights or asylum law violations would also count as illegal “organization”, according to Kocsis.

Finally, Fidesz also plans to use its two-thirds majority in parliament to amend the constitution to ensure that the EU cannot force Hungary to accept migrants. Orbán wants the Stop Soros bill passed by parliament by June 20.

The Hungarian government already tightened regulations on foreign-funded NGOs in June of last year. That legislation broke EU rules, according to the European Commission, which referred the law to the European Court of Justice last December. But it could be years before the ECJ makes a decision, and until then, the law remains in force—of course, that was part of Orbán’s strategy.

Many Hungarians support these measures. The prime minister’s loyalists argue that NGOs are taking up a political role without having been elected.

“Those loopholes that still exist in the legal system that allow organizations not entitled…to meddle in political decision-making should be closed,” government spokesman Zoltan Kovacs said after April’s elections. Yet it is the government’s onslaught on human rights that forced some NGOs to take a stance in the political arena.

Orbán’s government claims it wants to ensure greater transparency, but NGOs say the legislation and the accompanying government propaganda has stigmatized them and their work. While some NGOs have decided to comply with the government’s new demands, many of those dealing with migration and human rights initially refused. But then Orban stepped up the pressure: After the election, government-friendly media published the names of some 200 people working in migration, including members of the human rights organization Amnesty International, the anti-corruption watchdog Transparency International, refugee advocates, investigative journalists, and faculty members from CEU.

The publication of the list revived memories of the darkest days in Hungary’s history and shook up civil society. In response, Soros’s Open Society Foundation (OSF) removed all names and contact details of its Budapest employees from its website, citing concerns over the security of staff. A month later, the OSF decided to relocate its regional headquarters from Budapest to Berlin, blaming “an increasingly repressive political and legal environment.” The pro-democracy foundation has helped to transform post-communist Hungary into a liberal democracy, but it is clearly no longer welcome in Orbán’s illiberal state.

Some of the threatened NGOs are forging ahead, saying they are receiving more funding from individual citizens. “We have received many supportive messages,” said Marta Pardavi, co-chair of the Hungarian Helsinki Committee, which provides legal services for asylum-seekers, including from EU ambassadors. Nevertheless some partners – typically public institutions involved in implementing projects—are reluctant to continue their work under political pressure.

CEU’s Fate Up in the Air

It’s not all about migration. Orbán is not backing down is his battle against the Central European University either. For the prime minister and his far-right friends, who want to protect the nation state and a perceived European Christian identity from globalization and multiculturalism, the liberal institution is another pillar in a world order that they see as outdated. Indeed, in early May, Orban welcomed Steve Bannon, the far-right former chief strategist to Donald Trump who denounces liberal migration policies and “the EU” at every turn.

After the government amended the higher education law, a deal to secure CEU’s future appeared to be within reach last autumn. But Orban has yet to sign off the agreement. CEU says it has done everything to comply with the government’s requests, including opening a US campus. Foreign minister Peter Szijjarto said last week that the government is awaiting a report from a government committee that visited the US campus in April. Zsolt Enyedi, CEU’s pro-rector and a political scientist, says the government is clearly stonewalling.

Enyedi told me that, in order to start planning for the next academic year, the university would like to have certainty from the government by graduation at the end of June. “By then, we would like to be able to tell our students something,” he said.

He added that he thinks the government’s delay could be a tactic to force CEU to force to Vienna, or to use the university as a bargaining chip in talks with Brussels and Washington. “By now it is clear that the government cannot hide behind professional and regulatory reasons, the question is whether the prime minister wants to kick out CEU from Hungary or not,” he said.

In 2014 Viktor Orban set out to build what he called an illiberal state. The announcement was met with surprise, disbelief, and even amusement among observers. But four years later, Orban has scored three consecutive election victories and plans to stay in power until at least 2030.