A common strategy to deal with US trade conflicts is a crucial test for German-French cooperation. 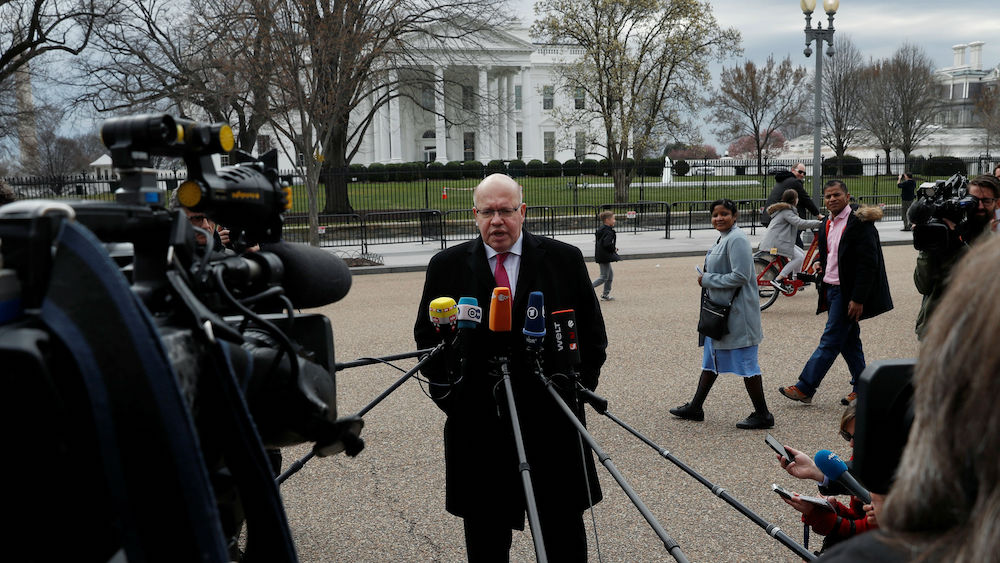 In May, US President Donald Trump withdrew from the Iran nuclear deal. Now Europeans are waiting for another blow from Washington: the beginning of a transatlantic trade war. On March 23, Trump announced sweeping tariffs on steel and aluminum imports based on national security concerns. Though this decision was mainly directed against China, long-term allies such as Canada and EU member states are also affected. The temporary exemption that the US granted the EU will expire on June 1, and the tariffs will kick in then unless the Trump administration changes its mind.

Troublingly for Europe, the United States only wants to exempt Europe permanently from the steel tariffs if the EU offers significant market access concessions, for example lowering its tariffs on US cars. In addition, Trump has threatened to impose tariffs up to 25 percent on imported cars, based again on the same national security provision used for the metal tariffs, Section 232 of the Trade Act of 1962. If Trump decides to impose these tariffs, it could start a spiral of protectionism.

What are the chances of defusing trade tensions? A compromise on steel is possible. If the US sets a steel quota of 100 percent of last year’s steel and aluminum exports from Europe, EU countries probably would not be willing to retaliate. But if the quota is lower, retaliation is more likely. However, for car tariffs, there is no easy solution in sight. Nor is there any agreement on how to move forward in the future. It would make economic sense in the long run to start talks about an EU-US trade deal (previously known as TTIP), negotiated on the basis of an equal partnership. But for this, Germany and France need to find a common ground. At the moment, intra-European disputes look set to weaken the EU’s position as a global player in world trade.

So far, Europeans have reacted the wrong way to the American threats. The European Commission is responsible for the Common Commercial Policy, one of the EU’s most integrated policy areas. But instead of going through the Commission and forming a unified position vis-à-vis the US, the two largest EU member-states, Germany and France, have rushed ahead on their own.

For example, the German economy minister, Peter Altmaier (pictured), has proposed talks with the US about a “TTIP light”, which would only deal with industrial market access. He wants talks with the Trump administration to be positive and constructive in order to alleviate the tensions in the transatlantic trade relationship. Through this offer Germany also wants to protect its fabled car industry which has caught Trump’s attention.

Meanwhile French President Emmanuel Macron has made a great show of his close personal relationship with his American counterpart. However, with regard to trade, France is taking a much less conciliatory tone than Germany. France supports the European Commission’s view, namely that there is no reason to negotiate under (an unjustified) threat. Cracks in Franco-German cooperation are also appearing with regard to a potential transatlantic trade deal. Macron has said that such a agreement with the US must also include non-tariff barriers as well as agriculture and public procurement. And he has suggested that the EU should only negotiate trade deals with partners who support the Paris Agreement on Climate Change, though he would likely be willing to make concessions in this regard.

The divergent positions of Germany and France weaken the European position, and help the US to divide the individual European member-states. It sent the wrong signal when German Chancellor Angela Merkel and President Macron made individual visits to Washington in April to discuss trade as the US president has difficulties understanding and accepting the concept of the EU.

Still, Donald Trump knows that a unified EU strengthens the European position, which is why he is trying to drive a wedge between European powers. During Macron’s visit he said that “trade with France is complicated because we have the European Union. I would rather deal just with France. The Union is very tough for us. They have trade barriers that are unacceptable.” Trump’s lack of knowledge on the subject notwithstanding, the point of the EU is that its members act together on trade: The EU must use the unified power of all its member states (including Germany and France) to deal on equal terms with the US.

A compromise in trade is an important test for Franco-German cooperation. Paris and Berlin should prove that they take common European interests seriously in the medium- and long-term. In other words, they must be willing to accept that national interests need to temporarily take a back seat. A common European position in trade sends a strong signal, particularly in times where the centrifugal forces in the EU are increasing. Without a common understanding between the two largest member-states, the success of the supranational European common commercial policy would be threatened.

There are three key elements to what should be a common Franco-German strategy.

First, Paris and Berlin should keep in mind that the US remains the most important trade and investment partner for the EU and vice versa, harsh rhetoric and political chaos in Washington nonwithstanding. Therefore, the economic rationale for a transatlantic trade deal has not changed. Both sides would benefit from a reduction of trade and investment barriers. France and Germany should not approach the Trump administration on their own; rather, they should convince the Commission that talks about a comprehensive free trade agreement are important in the long-term.

Paris should move closer to the German position, showing greater readiness to open talks between the EU and the US. Here, the good relationship between Macron and Trump can be used to promote European interests. Macron may not have convinced Trump to stick to the agreement on Iran’s nuclear program, but their apparent friendship is still a basis for future talks. At the same time, Berlin should accept that the agreement needs to be comprehensive and not just focused on good market access for industrial goods, German ones in particular.

Admittedly, the difficult TTIP talks will hardly have any chance of success under President Trump and his protectionist trade policy. However, it is still worthwhile to review the agreements reached in previous negotiating rounds, and to look where negotiations could continue in the long run. To this end, the Transatlantic Economic Council (TEC), which was founded in 2007, should be used intensively to talk on a working level about regulatory cooperation.

Second, Europe must commit itself to defining new rules in international trade and solving existing problems on a multilateral level. The American concerns about Chinese subsidies for key industries and theft of foreign intellectual property are not imaginary; indeed, Europe shares many of them.

However, the introduction of punitive tariffs is the wrong way to move forward. For example, the problem of (largely Chinese) steel overcapacity should not be solved bilaterally, but on a multilateral level in the context of the G20/OECD Global Forum on Steel Excess Capacity. German and France should work with the White House to ensure US cooperation in these forums.

Third, there should be a discussion about international trade imbalances. Germany should take seriously the American and European—and particularly French—criticism of its huge export surplus. Trump’s claim that trade deficits are a sign of unfairness lacks any economic credibility. But it is true that Germany does not comply with European rules stating that a member-state’s trade surplus may not exceed 6 per cent of GDP. The typical German response—that its surplus is a sign of competitiveness—is no longer sufficient. Germany should strengthen its internal demand through increased investment in infrastructure and digital networks, thus reducing its surplus. If the new German government is still committed to restrained spending and no budget deficits whatsoever, the least it could do is to show more openness for dialogue. This would be an important gesture of goodwill with regard to Paris, Brussels, and Washington.

If Germany and France incorporate these three elements in their trade strategy, the EU will be less divided and better able to reach a deal with the difficult partner in the White House.