The White House is threatening to withdraw US troops from Germany. With Donald Trump, this could actually happen. 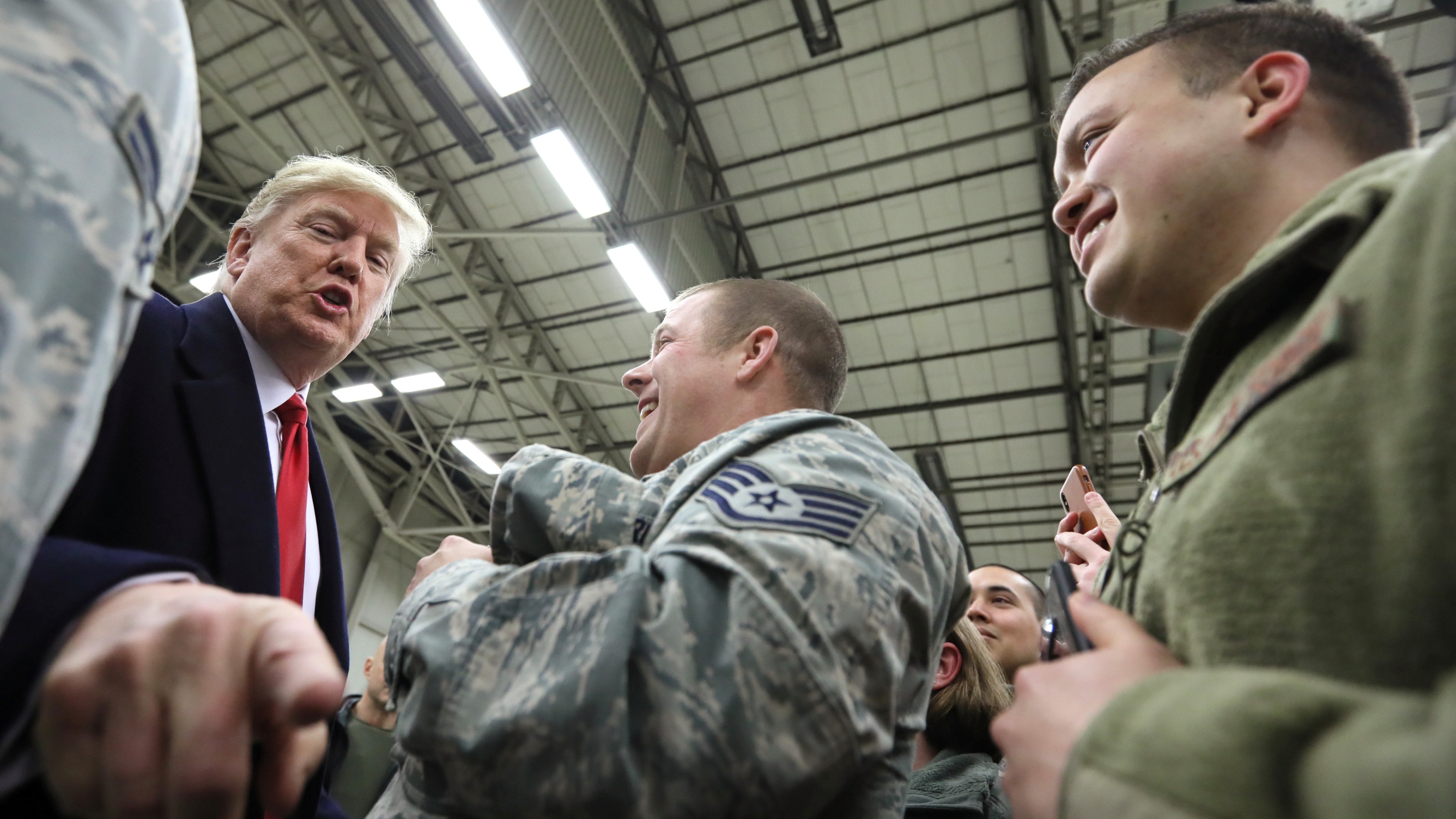 There must be times when Angela Merkel closes her eyes and wishes that Donald Trump would simply go away. In her brief daydream, she would be dealing with a very different politician in the White House: a rational and enlightened person, amenable to debate and argument, and open to a wider view of the world and its history.

But every single time the German chancellor opens her eyes, Trump is still there, busily upending traditional US policy and trying to forge a world according to his own views and interests. All too often, this entails conflict with Germany: over trade, over Iran, over gas from Russia, and—most persistently—over military spending.

A long succession of US presidents has believed that Germany is spending too little on its military (a position somewhat validated by the Bundeswehr’s huge problems with outdated and frequently malfunctioning equipment). But none of them have ratcheted up the pressure like Donald Trump, who seizes every occasion to scold Germany for free-riding.

Where Trump goes, his handpicked diplomats pave the way. In early July, two months before Trump is scheduled to visit Europe twice (both without a stop in Germany, and there’s supposed to be a lesson there), his ambassadors to Poland and Germany raised the issue again. In Warsaw, Georgette Mosbacher tweeted: “Poland meets its 2 percent of GDP obligation toward NATO. Germany does not. We would welcome American troops in Germany to come to Poland.”

Richard Grenell, Trump’s appointee to Berlin and one of the most heartily disliked diplomats ever, happily retweeted Mosbacher’s statement and followed it up with a statement of his own. “It is offensive to assume that the US taxpayers will continue to pay for more than 50,000 Americans in Germany, but the Germans get to spend their surplus on domestic programs,” he said in an interview.

Currently, Washington has 35,000 soldiers stationed in Germany, supported by 17,000 American and 12,000 German civilians—far fewer than during the Cold War, but still the second-largest force outside the United States.

Grenell’s comment allows for several interpretations, all of which aim at raising the pressure on Berlin: the US could bring home some or all of its forces; it could station them in Poland; or it could make Germany pay a much higher contribution in order to keep them.

All three scenarios have been talked about before. In June 2018, The Washington Post reported that the Pentagon was looking at options for bringing back troops from Germany or relocating some of them to Eastern Europe. Warsaw, both because its government is ideologically close to Trump and because it would like US troops on its soil as an insurance against Russian aggression, offered to contribute $2 billion toward the costs of setting up permanent bases.

In March of this year, Bloomberg reported that the administration was drawing up demands for Germany, Japan, and South Korea to pay much more toward the upkeep of US troops. The plan was to make those countries pay the entire cost plus an additional 50 percent for the privilege of hosting them, Bloomberg said, citing anonymous sources in the administration.

According to this report, Trump has been championing the idea for months. In talks with South Korea over the status of the 28,000 troops stationed there, he overruled his negotiators with a note to National Security Adviser John Bolton saying, “We want cost plus 50.” In the end, the American delegation accepted a much lower increase to the South Korean contribution, but the new agreement was concluded for only a year, which means that further talks must be held before the end of 2019.

“Cost plus 50,” if confirmed, is particularly bad news for Germany. According to a study by Rick Berger, a research fellow at the American Enterprise Institute, Germany could be asked to pay 10 times more than today—$10 billion instead of $1 billion per year—if the US decides to include all its costs, even the troops’ salaries.

To irk Germany further, Washington apparently is pondering two rates, with a rebate given to countries that are ideologically aligned with the Trump administration. Germany would certainly not qualify, given the many policy disagreements and the personal dislike between Trump and Merkel.

Most recently, Merkel’s government rebuffed a request from Washington to join a US-led military operation to secure shipping through the Strait of Hormuz. Germany fears being drawn into war against Iran by a US administration that unilaterally withdrew from the Iran nuclear agreement and is ratcheting up the pressure on Tehran.

In his remarks about the troops, Grenell did not refer to the differences over Iran, but they certainly contributed to the Trump administration’s profound exasperation with Berlin. But is it really imaginable that the US would withdraw its armed forces from Germany?

Such a step would be harmful to Germany, and not just because the US bases are an important economic factor. Europe is not ready to defend itself—talks about a European army aren’t getting anywhere in a hurry—and US troops in Germany provide a tangible guarantee of American assistance in case of need.

At the same time, pulling out of Germany would be extremely costly for the US, both financially and in terms of power projection. Most of the troops aren’t in Germany to defend Germany anyway, but because it is an established hub for operations further afield.

Ramstein Air Base is vital for US air operations throughout the Middle East, Stuttgart hosts the US Africa Command, and the Landstuhl Regional Medical is the largest overseas military hospital in the world, providing emergency care to US soldiers wounded in Iraq, Afghanistan, and other trouble spots. Even with huge investment, Poland could not build up such an infrastructure anytime soon.

Officials in the State Department and the Pentagon are deeply worried about any schemes to withdraw the troops or make Germany pay much more for them—which, given the strong current of anti-Americanism in Germany, would be politically impossible.

Yet if there is one thing that the world has learnt about Donald Trump, it is that he is good at keeping his promises—whatever the cost. And Trump has been arguing for a very long time that America’s allies should either pay for the troops or see them brought home.

Closing her eyes may give Merkel a temporary reprieve from the headache that is promising to happen. But if Trump gets reelected to a second term next year, this one is guaranteed to come back.