Despite President Donald Trump’s shift away from the Paris climate accord, Germany and Europe will not find solutions to the climate crisis without the United States—an appeal for a transatlantic sustainability agenda. 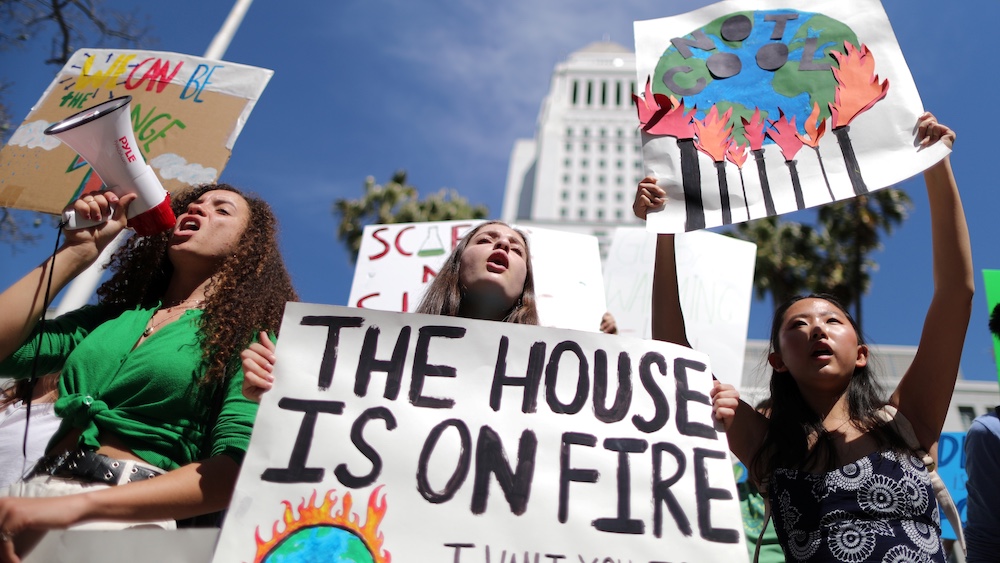 US President Donald Trump has announced that the United States will withdraw from the Paris climate agreement in 2020. It would thus become the only country worldwide that is not party to the agreement. This is a setback for a deal that is crucial to protecting the world’s climate and has raised questions about how the remaining signatories can best meet the climate challenge.

There is no lack of goals. In the 2015 Paris climate agreement, we committed to effectively take on climate change and limit its impact. Yet the reality still tells a different story. Even before the supposed US exit likely takes effect, global carbon emissions have continued to rise. Post-Paris is pre-Paris.

At the Tenth Petersberg Climate Dialogue in May, Chancellor Angela Merkel expressed the German government’s goal of attaining carbon neutrality by 2050. In the European parliamentary election a few weeks later, the search for an effective environmental policy also appears to have played a major role, strengthening Green parties. So if it is correct to say—and it is!—that big goals can only be achieved through alliances and allies, then where can we find the allies that we need to achieve these ambitious global goals? And can we do without the US in pursuing a global policy of sustainability?

The public is growing impatient, not least in Germany. The chairperson of the Christian Democratic Union party, Annegret Kramp-Karrenbauer, recently even compared the debate on climate policy with the refugee crisis of 2015. “If you look at the European parliamentary election results in the East and West, among the Greens and the Alternative for Germany party (AfD), then you can see that we are well on our way to having the climate become a new wedge issue in our society,” she said.

A complete overhaul is the order of the day, with sustainability as the goal. At the same time, there is no doubt the process should be democratic and inclusive. Freedom and prosperity should be maintained and expanded. Climate protection should go hand in hand with growth, a vibrant industrial landscape, social equity, and with overcoming social divisions. Measures with global impact have to be implemented at the local level. Industrial nations can serve as models in this effort. But models can fail: They can come to an abrupt and expensive end if they are not feasible in reality.

The truth is: Germany needs allies to help it make global climate protection a reality. And when you go through the list of potential coalition partners, it is impossible to skip over the US.

The United States remains indispensable. The innovation wave, triggered by companies like Apple, Facebook, and Google, originated on the California Coast. The American West Coast is the driver of innovation and lifestyle. The situation is no different, and will not change, on the path to sustainability: for example, four of the world’s largest automakers, including German powerhouses BMW and Volkswagen, have struck a deal with the state of California to follow nationwide its vehicle emission standards, which are more stringent than federal US requirements.

Only societies without any limits on ideas can have a global impact. The greatest talents still want to go work in the American e-mobility, green finance, artificial intelligence sectors. Where would one look for ideas that could address these issues in the future, if not in the US cosmos of business and industry, politics, society, science, art, and liberal democratic ways of life?

One (almost) cannot get enough of American enthusiasm and optimism. Crucial momentum for a sustainable world will therefore come from the liberal, democratic, creative, and innovative societies. In contrast, the opportunities offered by state capitalist systems are consistently overrated. Dictatorships, even “Green” ones, and autocratic systems ultimately fail because of their economic straitjackets. China may, at first sight, seem to have united economic prosperity and political authoritarianism, but it remains open as to where the path will lead in the current competition between economic and governmental systems.

The sustainability agenda is largely a German-American agenda in its practical implementation. There is, however, a risk that we will be too late and miss out on opportunities. We must also be inclusive in the search for solutions, which won’t be found in opposition to the business community, the public, or the US.

The same goes, in particular, for the next stage of digital and socially inclusive globalization. Although the US administration is constantly rebuking China, India, and others for their unfair advantages, there are indications that Washington would like to avoid further isolation in the areas of environment and sustainability. Research and business opportunities, voter expectations, and the upcoming elections might even change the policy of this US administration, and subsequent administrations might take a more proactive approach to climate protection.

For all those reasons it is worthwhile working tenaciously to keep the US closely engaged in all international fora, such as the G7 and the G20, on a policy level and for practical cooperation in research and development, market-driven innovation (EE, e-mobility), standards, CO2 incentives, and taxation. Some of Germany’s and the US’s closest partners, such as Canada, are enhancing cooperation with US federal states to complement the partnership at the national level.

The EU and the transatlantic relationship remain our foundation, also for our future agenda: It is in the interest of an export- and security-dependent medium-sized power such as Germany to undertake all efforts to find common solutions. The same motto that applies to the transatlantic relationship as a whole also goes for the sustainability agenda: “united we stand, divided we fall.”

N.B. The author is writing in a personal capacity.