Germany needs to change its approach to the Sahel region. That means rethinking its assumptions, being more flexible, and standing up for itself when it comes to its international partners. 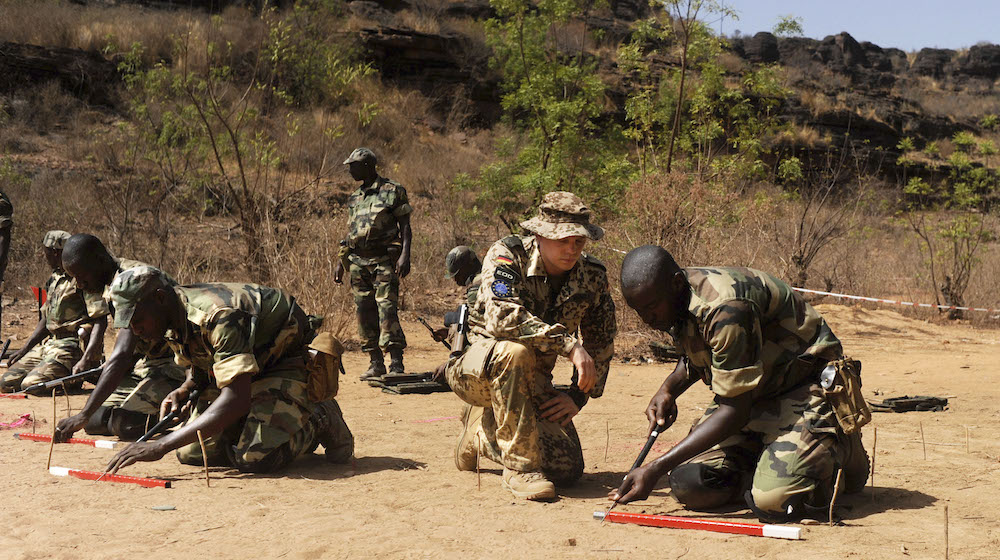 In recent months, there has been a steady stream of bad news from the Sahel region of Africa. Kidnappings, terrorist attacks and assaults on military camps keep the population, security forces and governments on high alert. More than 4,000 people were killed last year. International engagement has not been able to prevent a deterioration of the security situation: it’s time for a rethink, and that includes Germany.

At present, international engagement in the Sahel is pursuing several objectives: fighting terrorism, training security forces, supporting the implementation of the peace agreement in Mali, and promoting development, including good governance, transitional justice, and decentralization.

Three important assumptions related to these objectives need to be put to the test. First, there is the focus on counterterrorism and jihadist groups. It is true that attacks on the civilian population as well as on military camps continue to spread and cause high levels of casualties. But jihadism is not the core problem. It is rather a symptom of the dysfunctional relationship between the state and its citizens. In Mali, people are experiencing a state that has received large sums of development aid for decades, but that has invested little of it in schools, hospitals, roads and markets in peripheral regions.

Before the crisis of 2012/13, Mali was considered a “donor darling” that worked well with the donor community. Unfortunately, there was hardly any room for the opposition in Mali’s “facade democracy,” as author Charlotte Weidemann describes in detail. Then as now, donors shy away from demanding structural reforms, worried that they might overburden a weak state.

The second problematic assumption concerns the security sector. It is true that the security forces of the G5 states (Mauritania, Mali, Niger, Burkina Faso and Chad) are hardly in a position to protect the population from armed groups. But at least as important as having an effective combat force is its acceptance by the population. The training and capacity-building provided by the Bundeswehr in Mali and Niger will have little effect unless it is closely linked to structural reforms of the entire security sector.

This means greater transparency, parliamentary control and representation of the population in all its diversity. There is a reason why German soldiers have been complaining about unsuitable candidates for the courses provided by the EU Training Mission in Mali. With limited training success, course participants are immediately sent to the front unprepared for combat operations from the instructors’ point of view. The result is the high losses suffered by the Malian army, protests by relatives, and a withdrawal of army posts that have become too dangerous to hold.

Third, the armed groups cannot be defeated by military means alone. Yes, there are some ideologically motivated and determined leaders and members of the jihadist groups. But surveys of former fighters show that many young men join these groups not primarily for ideological motives but for a combination of self-protection, opportunism and socio-economic reasons. In some areas, jihadist groups ensure a brutal but better regulated life than before.

Demands for a dialogue between religious leaders have been around at least since a national conference in 2017, and they also resurfaced in the “inclusive national dialogue” in Mali at the end of 2019. France blocked such efforts in 2017, but in 2020 the Malian government has announced that it will take them up again.

The current review of the mandates for the international missions of the United Nations and the European Union in Mali and of German contributions to them provides an opportunity to adapt international policy to these changing assumptions.

The donor community must make greater efforts to establish a robust political dialogue with the G5 countries. The traditional conditionalization of development cooperation may have become more difficult because, with the rise of countries like China or Saudi Arabia, there are now more donors that don’t demand structural reforms.

As long as counterterrorism and migration control are the decisive motives for Europeans, authoritarian regimes such as in Chad and Niger or ailing democracies such as in Mali will always be able to resist pressure. In some cases, however, donors will also have to become more creative in order to finance projects more quickly and with more agility under dangerous conditions. The Sahel Alliance’s plans for establishing a special fund are a step in the right direction, as are the civilian stabilization projects funded by Germany’s Foreign Office.

The EU should adapt the EU Training Mission Mali. More extensive and detailed training courses can provide a more solid result. In return, the EU would have to accept that the effective training and reform of the Malian armed forces requires a long-term commitment. Moreover, EU training and bilateral training by the Bundeswehr can be used as leverage to call for greater transparency and to fight corruption in the armed forces. At present, the Malian Ministry of Defense refuses to publish official figures about the size of the army and distribution of ranks. In view of the fact that Europe is considering  the extension of the training mission to Burkina Faso as well, such lessons are particularly important.

Finally, European governments should respect the delicate efforts towards opening a dialogue with jihadist groups in Mali. The UN peace mission MINUSMA also supports consultations with local communities in its areas of operation, particularly across ethnic boundaries. It plans to expand the Mission’s presence. To do so, however, it needs high-value capabilities such as additional helicopters that are difficult to obtain. Germany could help here.

The course corrections described above require a more active approach by Germany towards its partners both in the region and in Europe. The German government should develop more confidence vis-à-vis France in particular. France’s experience, networks and interests in the Sahel create a structural imbalance in the partnership with Germany.

It was only at the beginning of January 2020 that President Emmanuel Macron surprised Berlin with the Pau Declaration, which speaks of a “Coalition for the Sahel”—one of numerous international initiatives in the region. An additional German contribution to MINUSMA,  the UN peacekeeping mission in Mali, could also make it easier for the German government to stand by its “No” to the French “Takuba” initiative for the training of special forces, including mentoring in the field. Good friends must also be able to look each other in the eye when they disagree and, in case of doubt, promote their own position.

Germany continues to enjoy a fairly good reputation in the Sahel region. It is time to use this political capital more effectively.