Home Berlin Observer The Führer and the Prince

How much did Wilhelm of Prussia, son of Germany’s last emperor, help Adolf Hitler in his rise to power? Historical truth is at stake. So are millions of euros. 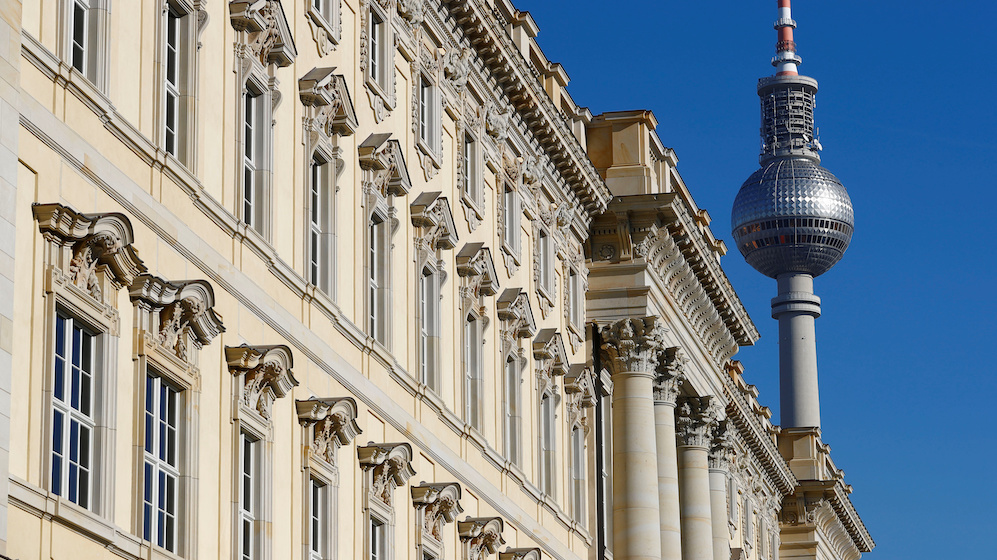 On March 21, 1933, the city of Potsdam was decked out in black-white-red, the colors of the German empire that had ended 15 years earlier. Hundreds of thousands of spectators were lining the street. The “Day of Potsdam” was an important moment for Adolf Hitler’s consolidation of power: a demonstration of bonding between the still powerful German aristocracy and the new Nazi regime.

Prince Wilhelm of Prussia, the eldest son of the exiled emperor Wilhelm II, who had abdicated in November 1918, was given the place of honor in Potsdam’s Garrison Church: with his family, the Hohenzollern, he sat behind an empty chair symbolizing the Kaiser’s absence. Hitler, when entering the church, saluted him.

Both men knew and intended to make use of each other: Wilhelm to try and restore the monarchy, Hitler, to pacify the old elites and consolidate his grip on power. Hitler won: Wilhelm’s family, the Hohenzollern, never returned to power.

But how much did the prince actually help the Nazis? That’s no longer just a question for historians. The answer is worth millions of euros in restitution claims—claims that today’s Hohenzollern are making against the federal government as well as the states of Berlin and Brandenburg. Years of secret negotiations have not yielded a settlement. In March, the state government of Brandenburg will decide whether to have the courts rule on the matter.

The Hohenzollern are demanding compensation for land expropriated by the Soviets in East Germany in 1946 as well as the return of thousands of artefacts—paintings, pieces of furniture or jewelry, books and other items such as valuable snuff boxes which their ancestors had acquired over the centuries.

At an earlier stage, the family even demanded the right to a free residence in Schloss Cecilienhof in Potsdam, a former Hohenzollern residence that in the summer of 1945 housed the Potsdam Conference. It was there that Truman, Stalin, and Attlee divided up the vanquished Germany.

East Germany, under Stalin’s control, became communist. In 1946, the Soviet occupational forces expropriated large landowners in the region, among them the Hohenzollern. But after German unification in 1990, the law was reversed: moveable property was given back; for land, there was to be compensation. However, the new pan-German government made one major exception: former owners who had “substantially abetted National Socialism” were excluded from making any claims.

There is little doubt that Crown Prince Wilhelm was a Nazi sympathizer who wrote Hitler fawning letters. Yet no court has ever explored the meaning of “substantially abetting.” How far is it a question of intention?  How much evidence is needed to show that the support actually helped Hitler?

Given the legal uncertainties, the Hohenzollern family from 2014 to 2019 secretly negotiated with Germany’s federal government as well as the states of Berlin and Brandenburg for restitution or compensation of their former East German property.

Yet little progress was made until 2019, when the talks were leaked to the public. Then, outrage over the Hohenzollern’s claim to so many artifacts of great historic and cultural importance—currently displayed in nearly 40 museums in and around Berlin—ran high.

“We’re not living in a monarchy anymore,” exclaimed Wolfgang Thierse, former president of the Bundestag. The Greens and the Left Party in the Bundestag called for a hearing on the issue to try and stop a secret deal with the emperor’s heirs.

At the end of January, the committee for cultural affairs invited several lawyers and historians. Yet the hearing was inconclusive: the lawyers were unwilling to commit themselves; the historians invited to the event were divided; and as opposition parties, both the Greens and the Left were powerless to force the issue.

Most German historians actually believe that Wilhelm’s support contributed to Hitler’s rise. But the Hohenzollern family, keen to clear its reputation and regain its property, commissioned its own expert opinions. The well-known Australian historian Christopher Clark, for instance, largely exonerated Wilhelm in a study written in 2011.

Clark later somewhat revised that position. The prince, he now says, was a rightwing extremist and Nazi sympathizer. But Wilhelm was such a twit that nobody took him seriously. His boast of having procured two million votes for Hitler was just that—an empty boast. By that logic, Wilhelm failed to substantially advance the Nazi regime: not for lack of will, but for lack of weight.

Today, the Hohenzollern family is torn between wanting to regain their former property and avoiding further damage to their reputation. That includes not running the risk of having a judge confirm that Wilhelm helped Hitler to power. “I continue to be open to a comprehensive amicable settlement,” Georg Friedrich Prinz von Preussen, the current head of the family, declared in a press release in late January.

Germany’s public authorities face just as much uncertainty over the legal outcome. In the worst case, Germany’s state museums could lose thousands of historically important Hohenzollern items. And not just from the family’s East German properties: the Hohenzollern have also loaned numerous pieces from their undisputed West German holdings to public collections. If the quarrel escalates, they could take them back.

“When it comes to the issue of the Hohenzollern, I’m interested in sustainable solutions in the interest of the state and not in big headlines,” Brandenburg’s Finance Minister Katrin Lange told reporters in late January.

Yet going back to the negotiating table will not be easy. After the Bundestag hearing and the newspaper headlines, any settlement seen as overly generous to the Hohenzollern will meet with massive public criticism. More than a century after the revolution which established the Weimar Republic, very little sympathy for the former imperial family remains.

The latest snippet of news concerning the Hohenzollern doesn’t help, either. It was just announced that the Hohenzollern crypt in the Berlin Cathedral would be closed off for renovations until 2023. It houses the remains of 84 members of the family, among them the Great Elector Frederick William of Brandenburg.

Yet today’s Hohenzollern will not be contributing a single cent to the 17.4 million euro that the renovations will cost. “That greedy, miserly dynasty,” commented Neues Deutschland, a leftist daily newspaper.