The man from Hamburg is trim, self-confident, and highly ambitious—and he’s staying tight-lipped about his plans for the German finance ministry. His record as mayor suggests that he likes spending money on big projects. But Europe shouldn’t expect a complete turn-around of Germany‘s eurozone policy. 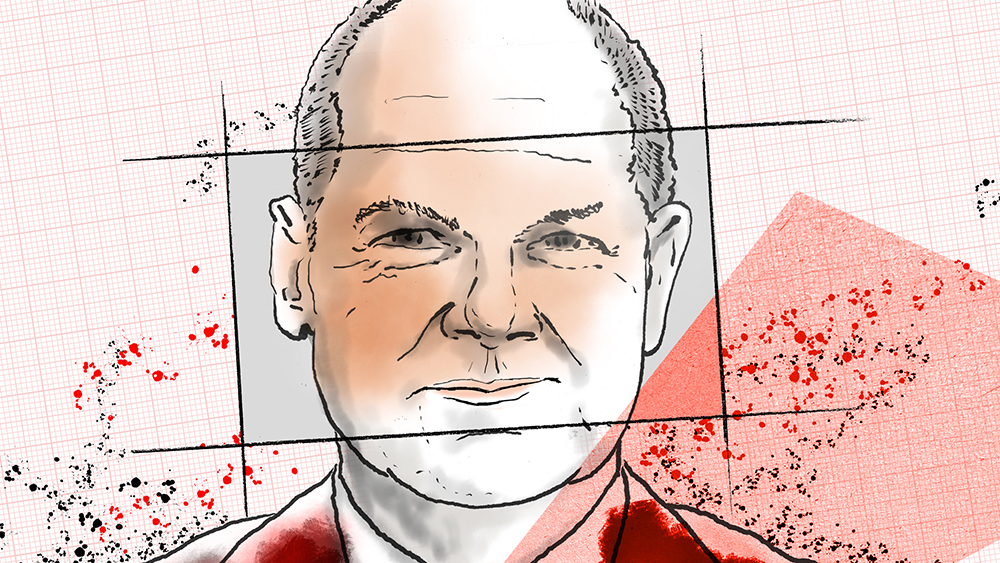 There is no doubt that Hamburg’s Elbphilharmonie is a grand success for the city. Ever since the concert hall opened last year, the stunning structure of brick and undulating glass on the waterfront has put Hamburg back on the map for tourists interested in culture and architecture—a well-heeled and well-behaved crowd that cities love to court.

The hero of this success story is Olaf Scholz, Hamburg’s mayor since 2011. When further delays and cost-overruns threatened completion of the Elbphilharmonie, he paid the construction company an additional 195 million euros from taxpayers’ money to finish the work in a reasonably timely fashion.

This same Olaf Scholz is likely to be appointed finance minister in Chancellor Angela Merkel’s next cabinet, if the members of his party approve the coalition agreement. As the first Social Democrat in nearly a decade to run this crucial ministry, Scholz’s every deed and word are now being closely scrutinized in every capital in Europe for an indication of what to expect: Will the new minister prove as tight-fisted as his controversial predecessor Wolfgang Schäuble, or will he prove willing to throw money at European problems, too?

Scholz himself hasn’t yet committed to a policy line as finance minister. One reason is that he doesn’t want to make it look like he is taking his appointment for granted. Also, he doesn’t want to give his hand away in upcoming negotiations to reform the eurozone. As an attorney specialized in labor law, he knows not to blab.

Still, as mayor of Hamburg, Scholz spent quite a bit of money even apart from the Elbphilharmonie. Hamburg, as his supporters are eager to point out, was the first of the German states to offer free childcare to all parents. Scholz is also expanding the public subway system. Most importantly, he has concentrated on making affordable housing available. Since he took office, more than 10,000 new housing units have been built every year. A third of these new apartments are rent-controlled.

Scholz, 59, is a typical Hamburg man: He is capable, rational, understated, and somewhat lacking in charisma. Years ago, when he was secretary general of the SPD, he got the nickname “Scholzomat” for speaking in such a technocratic and repetitive way (remarkably, he actually admitted later that the name was justified). While his rhetoric has improved immensely, Scholz still doesn’t come across all that well to people outside of Hamburg.

Yet Scholz is highly ambitious and certain of his own abilities to fill any post that might come his way—possibly even including the chancellery one day. He also has convictions: He firmly believes that if Western countries are to survive as liberal democracies, ordinary people must be able to feel that there is ground for optimism. “We need a party that combines liberalism and social welfare,” he said in October 2017 when discussing the rise to right-wing populism in Germany.

As finance minister, Scholz would be likely to favor increased investment at a European level, too. The coalition agreement between Angela Merkel’s conservative block and the Social Democrats calls for more investment as well as a higher German contribution to the EU budget. It also says the euro zone’s ESM bailout fund should be turned into a European Monetary Fund. More funding should be provided to shield the eurozone from crises. Scholz, of course, was a leading member of the SPD’s negotiating team.

In one of the rare hints that he has given about his views on European finance, Scholz has raised expectations of a softer stance towards the countries hit hardest by the euro crisis. He clearly distanced himself from Schäuble’s harsh conditionality in return for EU loans and guarantees. “We don’t want to dictate to other European countries how they should develop,” Scholz told the magazine Spiegel in February. “Mistakes were surely made in the past.”

In practical terms, however, this may not mean very much. Ireland, Spain and Portugal have already exited the EU’s bailout program, and Greece is scheduled to follow in August. This means that the EU will stop its highly detailed and intrusive policy recommendations in any case.

There are other reasons to suspect that the change from Schäuble to Scholz (via Peter Altmaier, a close advisor of Merkel’s, who is serving as interim finance minister) will be less radical than some politicians in Rome, Athens, or Brussels hope. First of all, Angela Merkel is still there, and as chancellor, she outranks her finance minister. Merkel may not be as tough on budget issues as Schäuble, but she will be under pressure from her party to hold her own.

Also, Scholz’s perspective is German, not European. While he has been in national politics for more than 40 years, with lots of experience in party, parliament, and ministry posts, Scholz has never been active at the European level. His instincts as a finance minister will be to put Germany’s interests first – just as other SPD finance ministers like Peer Steinbrück or Hans Eichel have done.

Scholz has also been deeply shaped by his experiences in Hamburg. As mayor, he was unhappy about being saddled with guarantees for the HSH Nordbank, a failed German state bank. In the upcoming eurozone reform talks, the most controversial issue has to do with the financial risks linked to public debt or non-performing banks. While southern Europeans have been pushing for more sharing of risk, Germany has always insisted that countries need to reduce risks first. After the HSH bank case, Scholz is likely to follow that line.

Finally and perhaps most importantly, Scholz is simply not a leftie. As a young man, he was a member of the far-left “Stamokap” faction within the SPD’s youth wing. But for many years now, he has moved to more conservative positions, laughing at the rigid ideologist that he once was.

When serving as labor minister in Merkel’s first government, Scholz oversaw raising the retirement age to 67. In Hamburg, despite his large investments, he achieved substantial budget surpluses in 2016 and 2017. Recently, he promised to do the same for the federal budget. Once again, this is in line with the coalition agreement that promises a balanced budget for the next four years, but Scholz backs the “black zero,” as the balanced budget is referred to in German, out of conviction. “The SPD stands for solid finances,” he said in a recent interview.

For sure, Scholz will be no walk-over, neither for Merkel’s conservatives nor for the more left-wing politicians on the European scene or in his own party. If things go as planned, he will be vice-chancellor in addition to the ministry post; he is deputy leader of the SPD and took over as interim chairman after Martin Schulz’s resignation as party leader in February. Scholz is a close ally of Andrea Nahles, the SPD’s powerful group leader who will also be running for party leader in April. He also gets along well with Angela Merkel.

“If you order leadership from me, leadership you will get,” Scholz liked saying long before he was named for this top job. Europe’s capitals are right to watch out for the new guy.