With domestic politics in limbo, the Czech and Slovak governments are becoming more and more dependent on small extremist parties for support. This makes them weaker on EU issues, and opens up more space for Hungary’s Viktor Orbán to lead the regional Visegrád bloc. 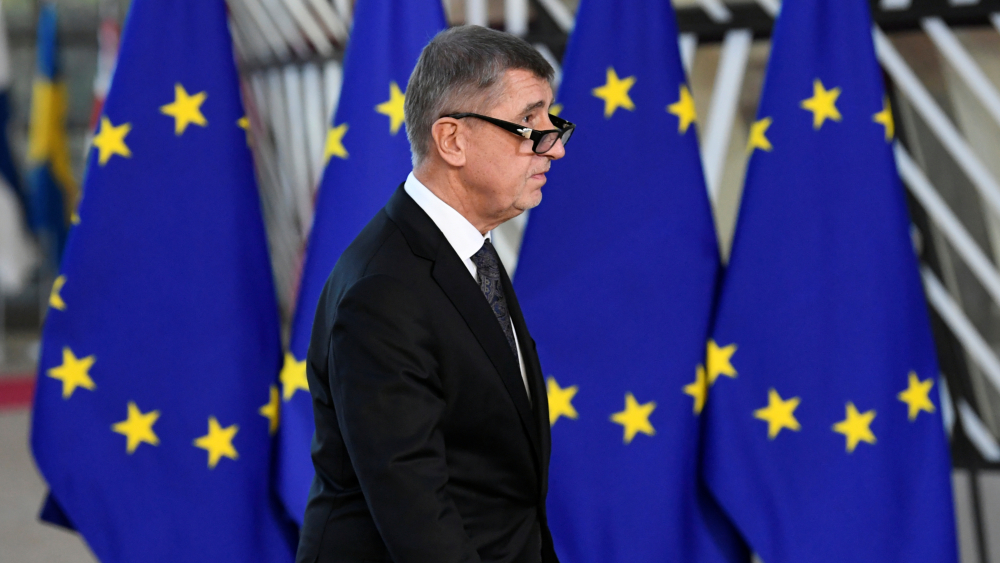 Let’s start in Prague. Even for the scandal-tainted Czech prime minister, the billionaire-turned-politician Andrej Babiš, it was a bizarre turn of events. In mid-November, local media broadcast the shocking testimony of his 35-year old son, who claimed that last year, associates of his father had forced him to go on an “extended holiday” to Crimea. The purpose was to prevent him from testifying in a criminal investigation into charges that his father had committed an EU subsidy fraud. The fraud charges are part of a notorious case involving a conference center near Prague formally owned by Babiš’ children, who are now also implicated. The police want to close the investigation by the end of the year. Prime Minister Babiš has repeatedly denied any wrongdoing and argues that the accusations are part of an orchestrated political smear campaign.

Amid the scandal, the opposition parties forced a no confidence vote. The social democrats, a junior partner in Babiš’ minority coalition government, decided to leave the chamber during the vote: they did not have confidence in the prime minister, but they also did not wish to vote against their own government. Their proposal to follow “the Slovak model”—in neighboring Slovakia, the discredited Prime Minister Robert Fico was replaced by his deputy Peter Pellegrini in March 2018—was vehemently rejected by Babiš. “I will never resign. Never! You should all remember,” Babiš declared in the parliament. As the Czech ruling party ANO is closely controlled by its founder and chairman Babiš, replacing him as prime minister against his will simply would not work.

Babiš had reason to be defiant. Because of the parliamentary mathematics in the 200-seat Chamber of Deputies, the two extremist parties, the communists and the anti-migration party of Tomio Okamura, were always going to determine the balance of power. Babiš rode out the crisis by showing the social democrats that Okamura’s party is ready to replace them in government and that the communists will continue to support him regardless of the investigation. He was also helped by Czech President Miloš Zeman, who publicly declared that, even if Babiš were to lose the vote of confidence, he would ask him to stay on as prime minister and form another cabinet.

Babiš paid for the support of both the extremist parties and pro-Russian President Zeman by granting, for instance, some minor budget handouts to organisations that are politically close to them. But what will be much more important in the medium term is the political boost they have gained from the deal: like the president, both extremist parties are pro-Russian as well as anti-EU and anti-NATO. In fact, they are proposing limits to Czech contributions to NATO missions, and insist on a tough, uncompromising migration policy.

The alleged conflicts of interest around Babiš and his business empire have become so toxic that they have not only paralyzed Czech domestic politics but also damaged the country’s position within the EU. On December 13, the European Parliament adopted a resolution expressing concern about the Prime Minister’s conflict of interest and the use of EU funds in the Czech Republic. Most allegations focus on Agrofert, Babiš’ large business conglomerate, which is now formally owned by two trust funds and continues to be a major recipient of EU agricultural subsidies in the country. These new developments are likely to push the Czech government into a corner in the ongoing negotiations about the new EU budget. Under pressure from Brussels, Babiš will now find it more difficult to pull off the balancing act by which he cultivates ties with western EU leaders while also embracing Hungary’s populist leader Viktor Orbán.

Meanwhile, neighboring Slovakia was shaken by a different kind of political crisis. As in Belgium, the ruling coalition in Bratislava was deeply split on the Global Migration Pact. After 18 months of negotiations, the legally non-binding document on the treatment of migrants was agreed at the UN in July by all member states except the United States. At that time, Slovakia’s Foreign Minister Miroslav Lajčák was president of the UN General Assembly. The pact was formally endorsed at the UN intergovernmental conference in Marrakesh on December 10-11, but not before several countries had publicly withdrawn their support, including EU members Austria, Italy, Hungary, Poland, Latvia, and the Czech Republic.

“Populist Race to the Bottom”

The dispute within the three-party coalition government in Bratislava burst into the open after a junior partner, the pro-Russian populist Slovak National Party (SNS), demanded that Slovakia reject the migration pact, too. Foreign Minister Lajčák defended the document, criticizing its opponents for making false statements and leading a “populist race to the bottom.” He also threatened to resign if his opponents prevented Slovakia from taking part in the UN conference in Marrakesh. This was about the country’s credibility in Europe and its approach to multilateralism, he argued. If politicians have objections to the UN migration pact, they should allow diplomats to take them to Marrakesh.

Lajčák was hoping for political support from his own party, Smer-Social Democracy (SD), but he miscalculated. Weakened by recent country-wide protests against corruption, Smer-SD was careful not be outflanked on migration by the SNS. Prime Minister Peter Pellegrini said Slovakia would “never” accept a pact that described migration as a generally positive phenomenon, a position that contradicts Slovakia’s will to distinguish between economic migrants and refugees. So the tide turned against Lajčák. After a strongly worded parliamentary resolution opposing the pact was passed—supported by Smer, SNS, and the neo-fascist Kotleba party—the foreign minister tendered his resignation on November 29.

But it took him only one week to rescind it. He said he had received guarantees from both Prime Minister Pellegrini and Robert Fico, now the chairman of the Smer party, that Slovakia’s foreign policy will not change. The real reason for his change of heart could be something different—Bratislava is full of speculation. If Lajčák left the cabinet, Robert Fico would try to return to the government, thus threatening both the fragile balance of power and the position of Prime Minister Pellegrini. Or perhaps Lajčák is simply waiting in his post until there is a new top international job available for him—distancing himself from Slovakia’s position on the migration pact might improve his chances.

In any case, despite guarantees of foreign policy continuity, the SNS feels emboldened to pursue its agenda. Its new target is the country’s new security strategy. Having been approved by the government, it was supposed to be debated in the parliament. However, the SNS asked to change its wording by further watering down references to Russia as a threat. Pellegrini offered a procedural way out, emphasizing that, as the government has already approved the security strategy, it is bound by it even without the parliament’s confirmation.

What Europe Should Do

So, what do these recent Czech and Slovak political crises have in common?

Both show that as political elites tainted by corruption cling to power, they increasingly have to turn to the pro-Russian extremists for tactical support. This shift also has foreign policy implications. First, as the main ruling parties decline, fringe parties are going to grab more seats in the European parliament elections. Second, this weakens the more pro-European governments within the Visegrád group, which also includes Poland and Hungary. This means that Hungary’s leader Viktor Orbán will gain more space within the group to expand his populist, anti-Brussels rhetoric (though he himself has come under pressure by wide-spread civic protest at home). Third, the Czech Republic in particular risks to undermine its relatively strong negotiating positions in the debate on the new EU budget and the future of cohesion policy. Fourth, if the conflict between Russia and Ukraine escalates, Prague and Bratislava will become even more vulnerable to Russian disinformation.

Overall, the outlook for 2019 is more instability, as domestic politics continue to drift into turmoil. What does this mean for their partners in Europe, first of all for Germany, both countries’ most important interlocutor? As the antagonism between the EU’s East and West continues to grow, Berlin cannot take for granted that Prague and Bratislava will continue their pragmatic approach to important EU issues. While insisting that both countries address issues of corruption and conflict of interest, Germany should also enlist France’s support to anchor their governments in the pro-European camp. At this point in time, both the Czech Republic and Slovakia need help to consolidate their strategic consensus and resist both internal and external pressures for further radicalization.