Home Eye on Europe Brexit: What Next?

Theresa May leaves Brussels with coal in her stocking. The EU, meanwhile, is stepping up its preparation for a no-deal Brexit. 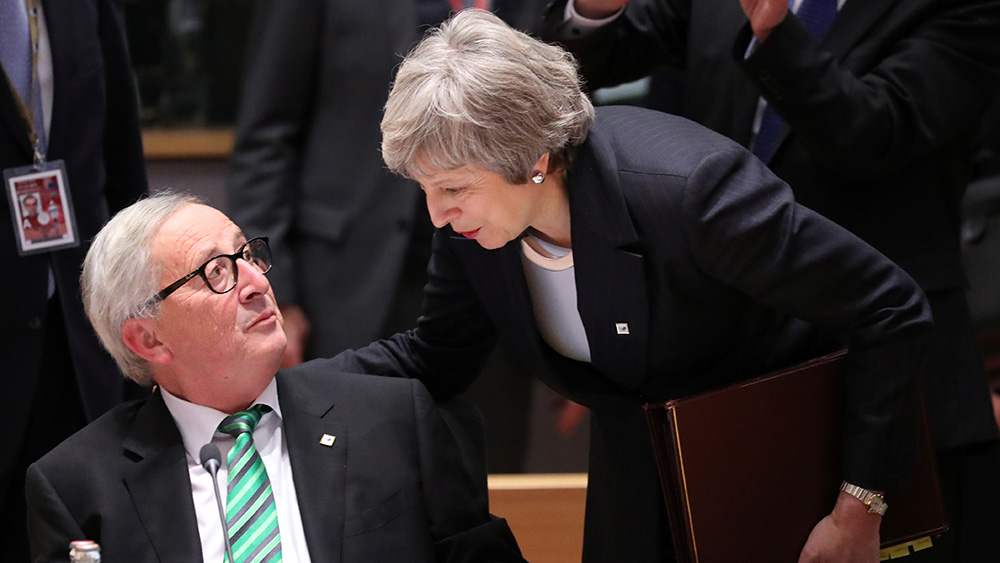 “A Brexit Christmas wish: finally decide what you really want, and Santa will deliver”. These were the musings of Lithuanian President Dalia Grybauskaité on Thursday night as she prepared to hear Theresa May’s request to the European Union to offer her a legally binding guarantee on the notorious “Brexit backstop.”

But by all accounts, the British Prime Minister couldn’t decide what she really wanted. And even if she did, Santa was not willing to deliver.

As May tried to explain to the EU-27 leaders at the Brussels summit what it is she needs in order to get the Brexit deal she agreed with them last month through her parliament, German Chancellor Angela Merkel reportedly interrupted her multiple times and asked, “But what is it you want?”

According to what EU leaders said after the discussion, she never gave a clear answer. She repeated her request that the backstop have a legally binding end date, and they repeated their insistence that it is not possible to reopen the deal. They asked her if she had any other ideas, and she had none. The only response she could muster was apparently “Brexit means Brexit”.

It would be an understatement to say patience with the UK is wearing thin in Brussels. This week’s summit was supposed to be about other things—the EU’s budget, sanctions against Russia, and migration. Instead, European Council President Donald Tusk was forced to add Brexit to the agenda after May dramatically cancelled a planned parliamentary vote on her Withdrawal Agreement on Tuesday, insisting she needed to reopen it in order to get it through her parliament.

By Wednesday it was unclear whether May would even be the one coming to the Brussels summit, because her own party had tabled a no-confidence vote against her. She survived that vote, but only by promising her party’s hardline Brexiteers that she could get a legally binding guarantee on the backstop from the EU.

What is the Backstop?

May had to know that was a promise she couldn’t keep. The backstop is an insurance policy in case the EU and United Kingdom are unable to agree on a new relationship within the two-year transition period lasting to December 2020.

Its purpose is to prevent the sudden imposition of a hard border between the Republic of Ireland and Northern Ireland if a free trade deal hasn’t been agreed by that time. It would put all of the UK in a customs union with the EU, thereby eliminating the need for customs checks at the Irish border or in the Irish Sea. An open border on the island of Ireland is a condition of the 1998 Good Friday Agreement signed by Ireland, the UK, and the EU.

So as to give a guarantee that border checks will not be erected, the backstop can only be cancelled if both the EU and UK agree to do so, presumably because they have agreed a free trade deal that eliminated the need for Irish border checks.

But hardline Brexiteer MPs within Theresa May’s Conservative Party have cried foul. They suspect this is a ruse by the EU to keep the UK perpetually in “slavery,” as Conservative MP Jacob Rees-Mogg and arch-Brexiteer put it. As long as the UK is in a customs union with the EU, it cannot strike free trade deals with former colonies like the United States or India—which was supposedly one of the main purposes of Brexit.

So what’s next? The mood in Brussels on Friday was that we are now careening toward a no-deal Brexit. EU Commission President Jean-Claude Juncker said after May’s request was rejected (he maintains there was no clear request in any event) that the Commission will next week publish its detailed plans for a no-deal Brexit. The 27 remaining EU countries will also move full steam ahead with adopting national laws in preparation. France already has no-deal Brexit legislation workings its way through its Assemblée Nationale.

The feeling now is this: if the EU is unable to give May what she says is necessary to get her deal through the British Parliament, then we are heading toward a no-deal Brexit unless a second referendum is called in the UK. We are just three months away from the deadline by which the UK must leave the EU, and behind the scenes diplomats are saying the only conceivable circumstance in which that deadline will be extended is a second referendum.

It’s all conjecture at this point since no discussion on the subject will take place until the UK asks for it, but most diplomats seem to think the EU-27 would not extend Article 50 for a UK general election.

It’s important to remember that in the event of no-deal Brexit, the two-year transition period previously agreed does not take effect. It means the UK crashes out of the EU on March 29 with no trading relationships other than through the World Trade Organization.

A Game of Chicken

It would also, many are pointing out, leave the Irish border in the exact place that the EU has been insisting must be avoided at all costs. No deal would mean customs checks must immediately be erected at the Irish border on March 29, risking a revival of violence in Northern Ireland.

That is a scenario nobody wants to see, and so we may end up with a game of chicken in February, with Brussels and London seeing who will blink first in order to avoid this disaster scenario.

Given that the chaos of a no-deal effects the UK far more than it does the EU-27, logically it seems like the first blinker should be the UK. But these are not logical times.