Home Eye on Europe The Germans Are Not For Turning

Theresa May has survived the no-confidence vote in her Tory party, but she still has to get her Brexit deal through parliament, and she’s looking to other EU member-states for help. In Brussels and Berlin, however, stances are hardening. 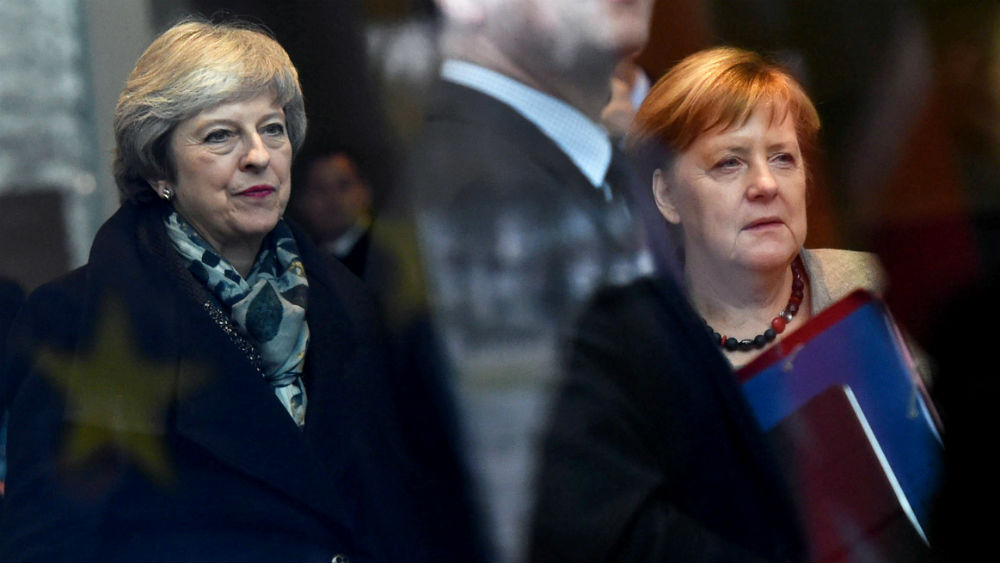 British Prime Minister Theresa May, fresh from surviving a no-confidence vote called by disgruntled members of her Tory party, left for Brussels on Thursday morning to seek assurances that the UK will not be trapped in the “backstop” her government agreed to in November.

But she’s not likely to come back to Westminster with much in hand. EU leaders such as Council President Donald Tusk made clear earlier this week that, while the EU could offer Britain some (legally non-binding) assurances that the backstop is not the desired long-term outcome, there is no room whatsoever for renegotiating the agreed legal text.

The EU’s biggest member-state is now hammering that point home.

Germany’s Foreign Minister Heiko Maas said he was relieved to see Theresa May survive the no-confidence vote within her party. But he sees no room for reopening negotiations on the already agreed divorce deal, in particular on the Irish backstop.

Those sentiments were backed by the chairman of the foreign policy committee in the Bundestag, Norbert Röttgen of the CDU, who said that EU negotiators had already worked for months on the current deal and that “all possibilities have been exhausted. There’s nothing left.” And a few hours later, the German Bundestag passed a motion asserting that the Brexit divorce deal could not be revisited.

(Merkel herself already told her CDU colleagues on Tuesday that she opposes renegotiations.)

The central sticking point for Theresa May and her government is the backstop, a safety-net provision meant to prevent the return of a hard border in Ireland: if no UK-EU trade deal has been agreed by the end of the transition period in December 2020, the backstop will keep Northern Ireland in parts of the single market and the whole of the UK in the EU customs union. This is anathema to both unionists in Northern Ireland, who don’t want the region to be treated differently from the rest of the UK, and euroskeptic MPs, who fear the backstop will leave Britain indefinitely subject to EU rules and unable to sign new trade deals.

Neither side can dissolve the backstop unilaterally, but only the EU would be comfortable letting trade talks drag on while the UK remained indefinitely bound by rules in which it had no say. So May is looking for a legally binding commitment from the EU that the backstop is temporary. And she is particularly keen to do so because the DUP, Northern Ireland’s unionist party, is propping up her shaky government and has threatened to pull out of the coalition if its concerns are not addressed.

As May seems incapable of getting her deal through the British parliament, there seems to be a growing consensus in Berlin that only two viable options remain: a no-deal, hard Brexit, which all sides are keen to avoid, or a second referendum.

And Norbert Röttgen has voiced his support for the latter, saying in a post on his Facebook page:

“The no-confidence vote didn’t change anything much. There is still no majority in parliament for the Brexit deal. Therefore, the only logical way out of the chaos that I can see is a second referendum on the future of Great Britain.”

The EU will continue to discuss Brexit at a summit in Brussels. But the ball is in Britain’s court.