Germany may be one step closer to building a coalition government, but four months after the election, there’s still a long way to go. 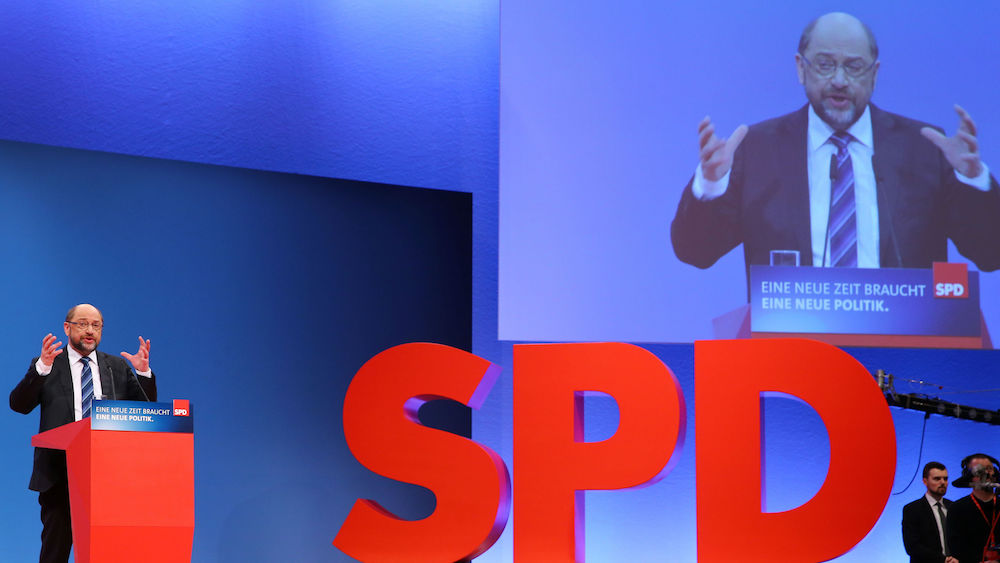 As a child growing up in Ireland, we’d often listen to radio reports about the painfully slow progress in the Belfast peace process. We in Ireland are used to political stalemate and constructive ambiguity in pursuit of seemingly impossible long-term goals.

But even I am having difficulty explaining to Irish readers why, 17 weeks on, Germany still doesn’t have a government, and why the much-hyped “breakthrough” at Sunday’s Social Democrat (SPD) conference in Bonn was just another step forward on a long and winding road. The center-left ‘s half-hearted decision to formally enter grand coalition talks with Chancellor Angela Merkel’s center-right conservatives (CDU/CSU) was less a yes than a “yes, but.”

Europe’s largest country has moved from talks about talks to, well, talks, and that after weeks and weeks of wrangling. Many friends outside Germany are amazed – and secretly amused – that the orderly Germans still don’t know if this negotiation marathon will even lead to a new government.

And if things weren’t complicated enough, Sunday’s vote has muddled matters further. Just over half of SPD delegates in Bonn handed their party leader Martin Schulz a mandate to open talks. Some 44 per cent of his doubting delegates want further concessions from the Merkel camp—or think the idea of another grand coalition with Merkel is a suicide mission.

The SPD leadership, in favor of a grand coalition, has framed a new grand coalition as a chance to free Europe from the austerity era under Angela Merkel.

“The neo-liberal spirit in Europe has to be ended in Europe and we can do this … with a paradigm shift in German EU policy,” said Schulz, the ex-European parliament leader. He urged delegates to see a new coalition as a chance to stand by France and its EU reform proposals, against a “right-wing wave washing over Europe” from Vienna and Budapest to Prague and Warsaw.

“This right-wing wave can be broken in Europe,” he said, “through a German government that fights for human rights, the rule of law and peace.”

“Negotiate Until the Other Side Squeals”

But most SPD voters are less interested in Europe than domestic policy, and on this front, many recognize too little of their party in the preliminary coalition deal to invest in education, infrastructure, and pensions. The doubters want their party to revisit issues blocked by Merkel allies the last time around, like the abolition of Germany’s two-tier, private-public health system. In addition, they want to nail down ambiguous language on immigration that, according to Merkel’s conservative allies, will mean a cap on the number of refugees the country takes in every year.

SPD Bundestag leader Andrea Nahles has vowed to “negotiate until the other side squeals.” But she and Schulz, looking wobbly after Sunday’s vote, know they cannot start from the beginning.

As if on cue, Julia Klöckner, a senior CDU Merkel ally, said any future coalition deal would merely “spell out what was agreed unanimously in the exploratory agreement.”

“We will not shift any walls because then the entire structural engineering will be called into question,” she added Monday morning on German television.

The challenge for Merkel in the coming weeks will be to find sweeteners for the SPD rank-and-file—whose vote on any final agreement is also a referendum on her political future—without losing the support of her Bavarian sister party, the CSU.

The Bavarians are facing state elections in September and, with an eye on their sliding support, annoyed the SPD by pushing a hard line on immigration in exploratory talks.

On Sunday evening Merkel remained vague on possible leeway, saying that the current agreement would provide the framework for formal talks. Either way, the acting German chancellor has long broken the previous post-war record of 83 days for forming a coalition in 2013. Her new goal is an Easter resurrection, 170 days after September’s disastrous election. After all this waiting, even Godot is getting impatient.