Germany’s capital is astonishingly short on politicians with a nation-wide appeal. Here’s why. 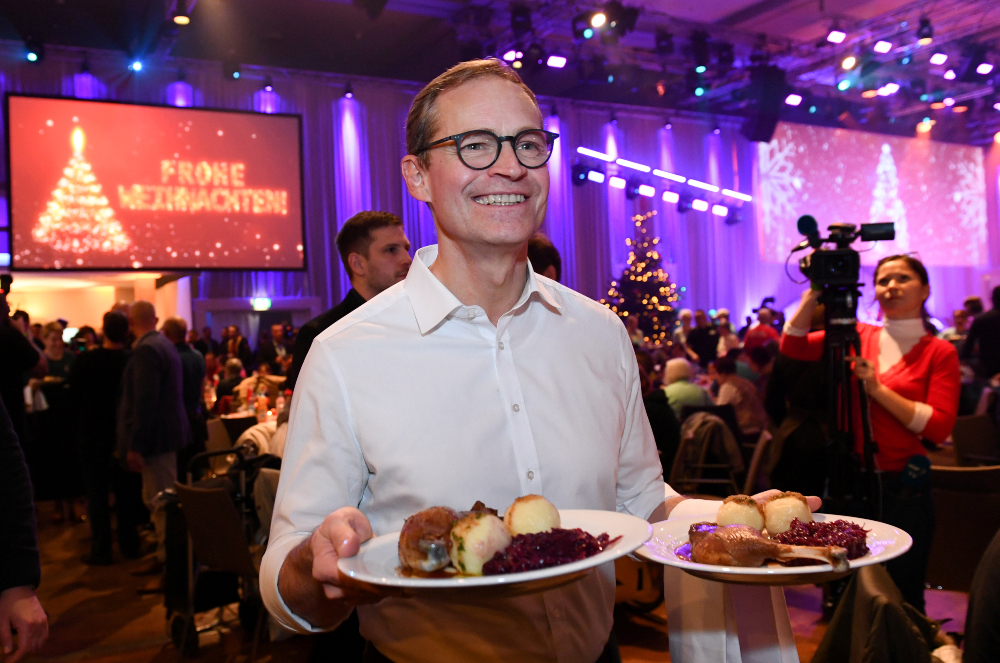 France had Jacques Chirac, who was mayor of Paris for 18 years before becoming president. In the United States, the former mayor of New York City, Michael Bloomberg, is now just behind the leading Democratic presidential contenders. Britain is governed by a former mayor of London, Boris Johnson.

In Germany, things are different. Berlin may be the country’s largest and coolest city. But it has been many decades since it last produced a politician who could win the national stage. Willy Brandt comes to mind—but it’s been more than half a century since he left Berlin to become the first Social Democratic chancellor of West Germany.

Today, another Social Democrat is governing Berlin. But Michael Müller, 55, governing mayor since 2014, is a far cry from his great predecessors Ernst Reuter or Willy Brandt. Müller who trained as an office clerk before joining his father’s printing company, has little standing within his own party or the wider German public. He is seen to be lacking in charisma, luck, and leadership.

At the national level, Germany’s SPD is a party in deep trouble, with a continued steep decline in the polls and an inexperienced and unpopular new leadership. Yet even against that backdrop, the Berlin SPD has a reputation of being difficult and quarrelsome. Müller, a member of the city’s legislature since 1996 and a longtime local party leader, has not been able to turn it into a team.

As a result, Müller received a painful rebuke at the SPD’s last national congress in December when he failed to win reelection to the Parteivorstand, the party’s executive body. And not for lack of space, either: the Vorstand currently has 34 members. But in the first round of the elections, only 168 out of nearly 600 delegates voted for Müller. He withdrew before the second round. “It’s not dramatic,” he commented, downplaying his defeat.

To further tarnish his reputation, a year-end survey found that Müller, mayor of a city that likes to think of itself as progressive and climate-conscious, is leaving an extra-big environmental footstep. Of all the official cars of the 16 German state premiers, his armored Mercedes needs by far the most gas and emits the largest amount of greenhouse gases.

Berlin’s political misery is not limited to the SPD. The last Christian Democratic mayor of Berlin to win fame was Richard von Weizsäcker who became federal president in 1984. Neither the Berlin Liberals nor the post-communist Left Party have been able to produce candidates with nation-wide appeal. Even the Greens, who have always had a strong base in Berlin, seem lackluster. Renate Künast, the city’s best-known Green politician, stepped down as group leader in the Bundestag in 2013.

The reasons for the Berlin malaise are largely structural. After German unification in 1990, when the city should have turned into an exciting laboratory for bringing East and West back together, divisions persisted. East-West fault lines run through every party in Berlin, splitting and weakening both their members and voters.

But the biggest issue is the kind of dependency culture that developed in the Western part of Berlin—and which is still dominant in most of the city’s politics. When West Berlin became an island surrounded by territory under East German control and threatened by Soviet and East German forces, most big companies pulled out.

West Germany managed to stabilize the city by putting ever more civil servants on the public payroll and doling out wage subsidies to Berlin residents. Those transfers were cut after German unification, but the civil service remains skewed and inefficient even today. At the same time, the city’s economy still hasn’t fully recovered from the post-war exodus of its industry. Add to this the quick death of East Berlin’s antiquated manufacturing sector in 1990/91, and you get a place that is both used to and very much dependent on money earned elsewhere.

Not surprisingly, this favors etatist beliefs, particularly on the political left. Berlin, currently governed by a coalition of Social Democrats, Greens and the Left Party, uses the transfers it receives from richer regions in Germany to provide free kindergartens and school meals. Much more controversially, the city’s government has also decided to radically intervene in the strained housing market and force owners to cap or even lower their rents. The law, scheduled to be passed early this year, is certain to end up in front of Germany’s constitutional court.

Even apart from this legal wrangle, 2020/21 will be a difficult time for Müller. In the fall of 2021, Berlin is scheduled to elect a new legislature and mayor. The polls for the SPD are miserable. At the last elections four years ago, the Social Democrats were shocked when they got less than 22 percent of the vote. Now they wish they could be that lucky.

Polls see them at 17 to 18 percent, behind the Greens, the Left Party and the Christian Democrats, and unlikely to be able to claim the mayor’s office again. Quite possibly, Müller may decide—or be forced to agree—not to stand again. Yet his most likely successor, Franziska Giffey, who holds the post of family minister in the federal government, is having a run of bad luck of her own.

In 2019, when she might have been a contender for the national leadership of the SPD, she was embroiled in accusations of plagiarism over her doctoral thesis. She emerged with her doctorate intact (though her thesis got some harsh reviews in terms of content), but now she has another problem: her husband, the newspapers reported recently, was kicked out of Berlin’s civil service. Apparently, he went off on holiday when he was supposed to be attending a conference.

Not Franziska Giffey’s fault if her estranged husband breaks the rules—but it is the kind of thing that is likely to look bad if you’re running for mayor. The Berlin malaise, it seems, is far from over.