Hans-Georg Maassen, head of Germany’s domestic intelligence service, has to leave his post. That’s what Germany’s grand coalition government finally agreed. But it’s not a clean cut, and fundamental differences have been left unresolved. 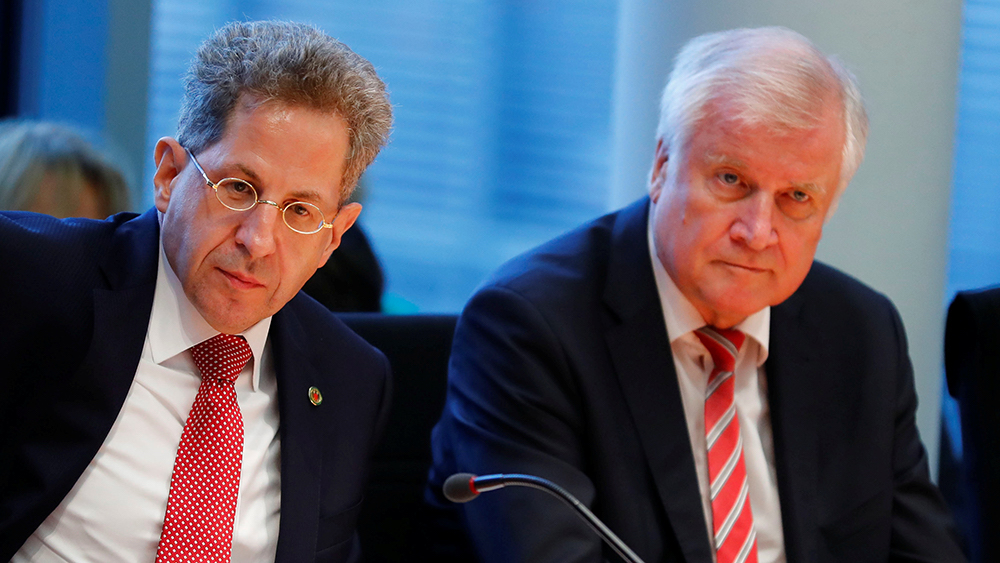 Germany’s shaky grand coalition government has survived its latest crisis. In the quarrel about the future of Hans-Georg Maassen, head of the German domestic intelligence service, Chancellor Angela Merkel has managed to paper over the deep differences that are marring her fourth term in office.

Yet Maassen’s transfer to the post of minister of state at the interior ministry is unlikely to restore faith in the German government’s problem-solving abilities. Once again the affair has touched on the most divisive issue of all: what to make of Merkel’s refugee policy that brought over a million Syrians and other asylum seekers to Germany in 2015/2016.

Maassen, who has long been critical of Merkel’s refugee policy, was under fire for an interview about right-wing riots in Chemnitz. He had “good reason,“ he said, to believe that a video showing neo-Nazi hooligans attacking dark-skinned people in the streets of Chemnitz at the end of August wasn’t real. Maassen actually spoke of “targeted disinformation.”

But not only had the top civil servant not informed the chancellery of his suspicions; Maassen was unable to provide any proof for his statements. Add to that reports of surprisingly friendly meetings with representatives of the right-wing populist Alternative for Germany (AfD), and Maassen appeared to have overstepped his bounds.

A major coalition crisis ensued, with Interior Minister Horst Seehofer backing Maassen and the Social Democrats, Merkel’s junior coalition partners, demanding his removal. Two emergency meetings of party heads were devoted to the issue before an agreement was reached on September 18.

According to the deal, Maassen has to leave his job at the helm of the Bundesamt für Verfassungsschutz (BfV). But he wasn’t kicked out or forcibly retired. Instead, he was promoted to minister of state in the interior ministry, a higher-ranked and better-paid job (by a hefty €2,500 per month). This may not be the outcome Maassen would have wished for, but it was certainly a lot better than he could have expected.

Interior Minister Seehofer, head of Merkel’s Bavarian sister party CSU and internal critic-in-chief of her refugee policy, also has reason to be satisfied. In the end, he wasn’t forced to choose between kicking out his protégé Maassen or leaving the government himself. Instead, he gained a state secretary who shares many of his own convictions and now owes him enormous personal loyalty, too.

In the short term, Merkel has kept her coalition together. But she has not been able to solve the deep split within her government. On the contrary, appointing Maassen as minister of state to Seehofer is likely to turn the interior ministry into even more of an anti-Merkel bastion.

The outcome is even more ambiguous for the Social Democrats. The SPD’s leadership got what it wanted: Maassen no longer heads the domestic intelligence service. But a number of leading Social Democrats openly pointed out that the deal actually amounted to rewarding disloyalty. “People wonder: have they all gone nuts?,” commented former party leader and foreign minister Sigmar Gabriel.

Exactly one year after the latest Bundestag elections, polls show that not even a third of voters are satisfied with the work of Merkel’s coalition, and the Maassen compromise is certain not to make them any happier. “You can’t find a better example of politics that normal people don’t understand,” the mass circulation Bild tabloid said in its commentary.